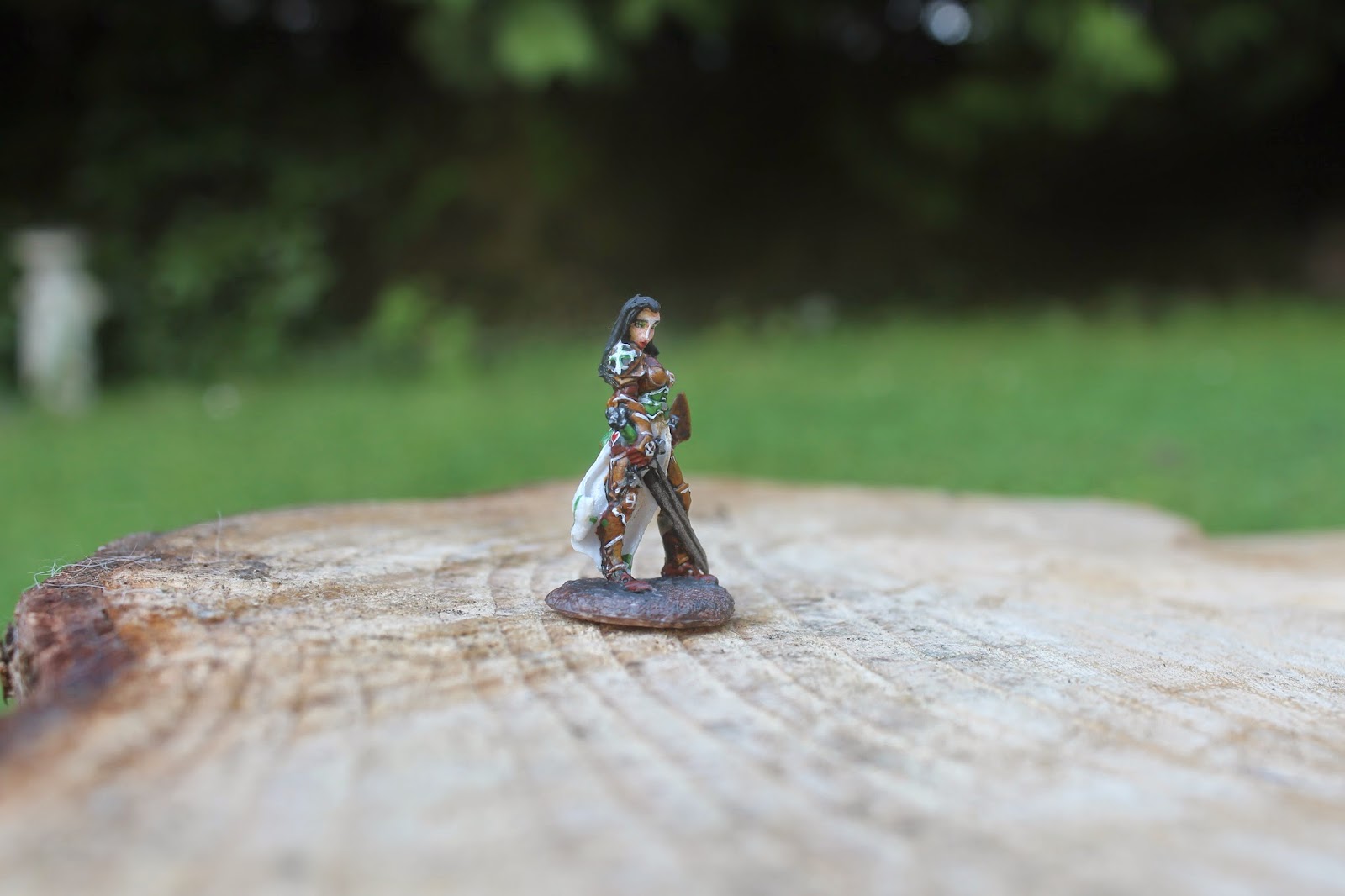 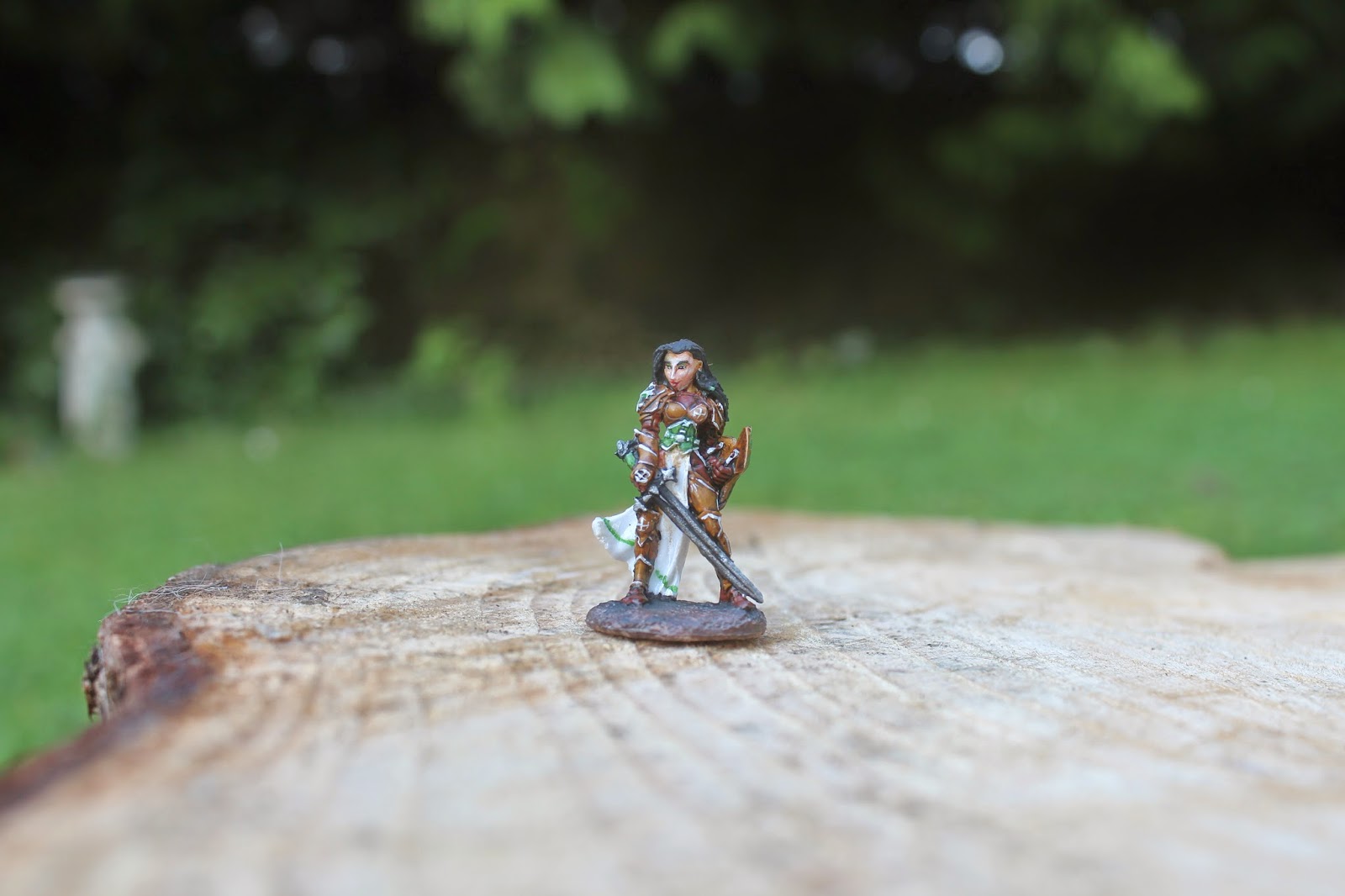 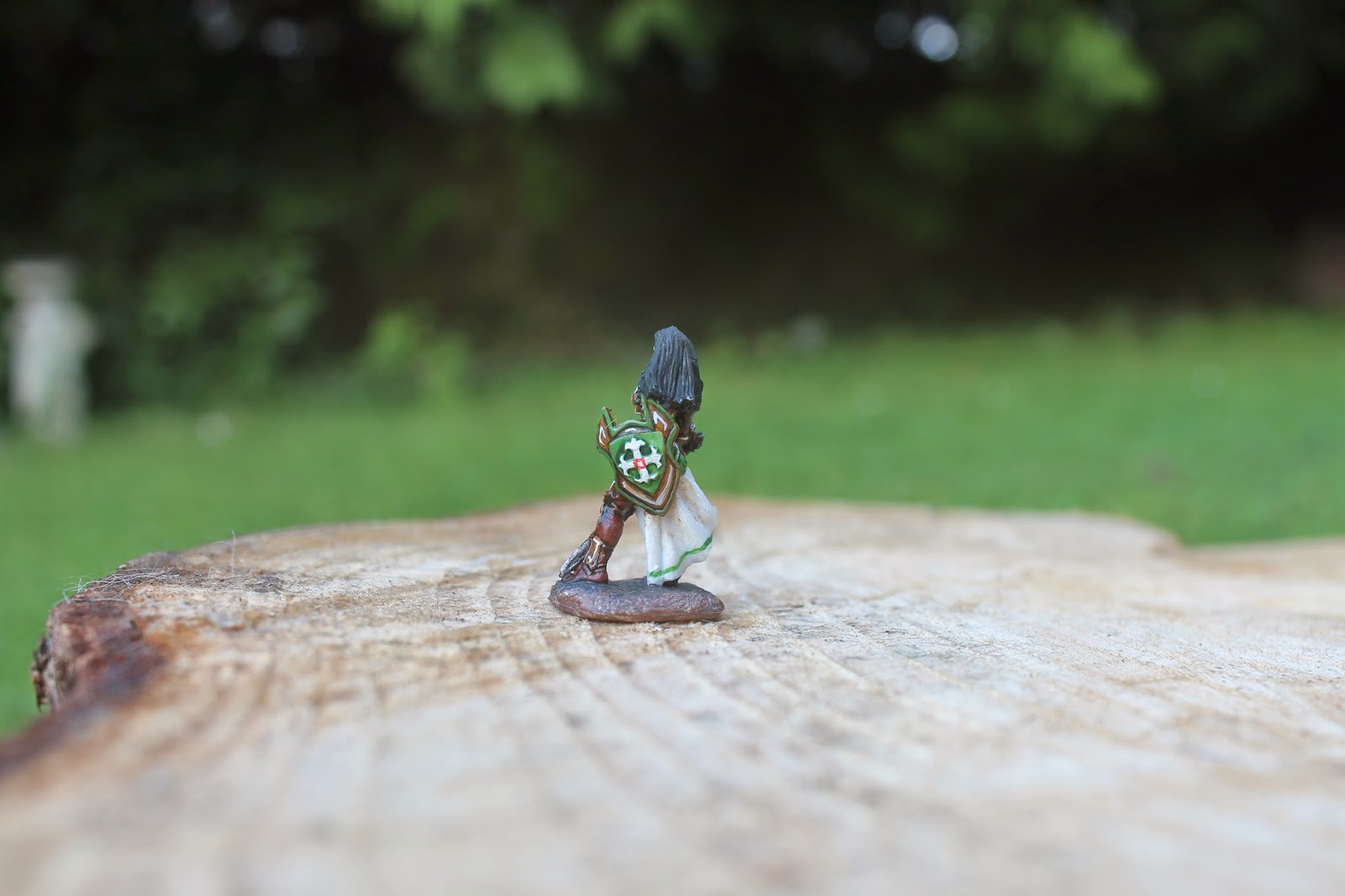 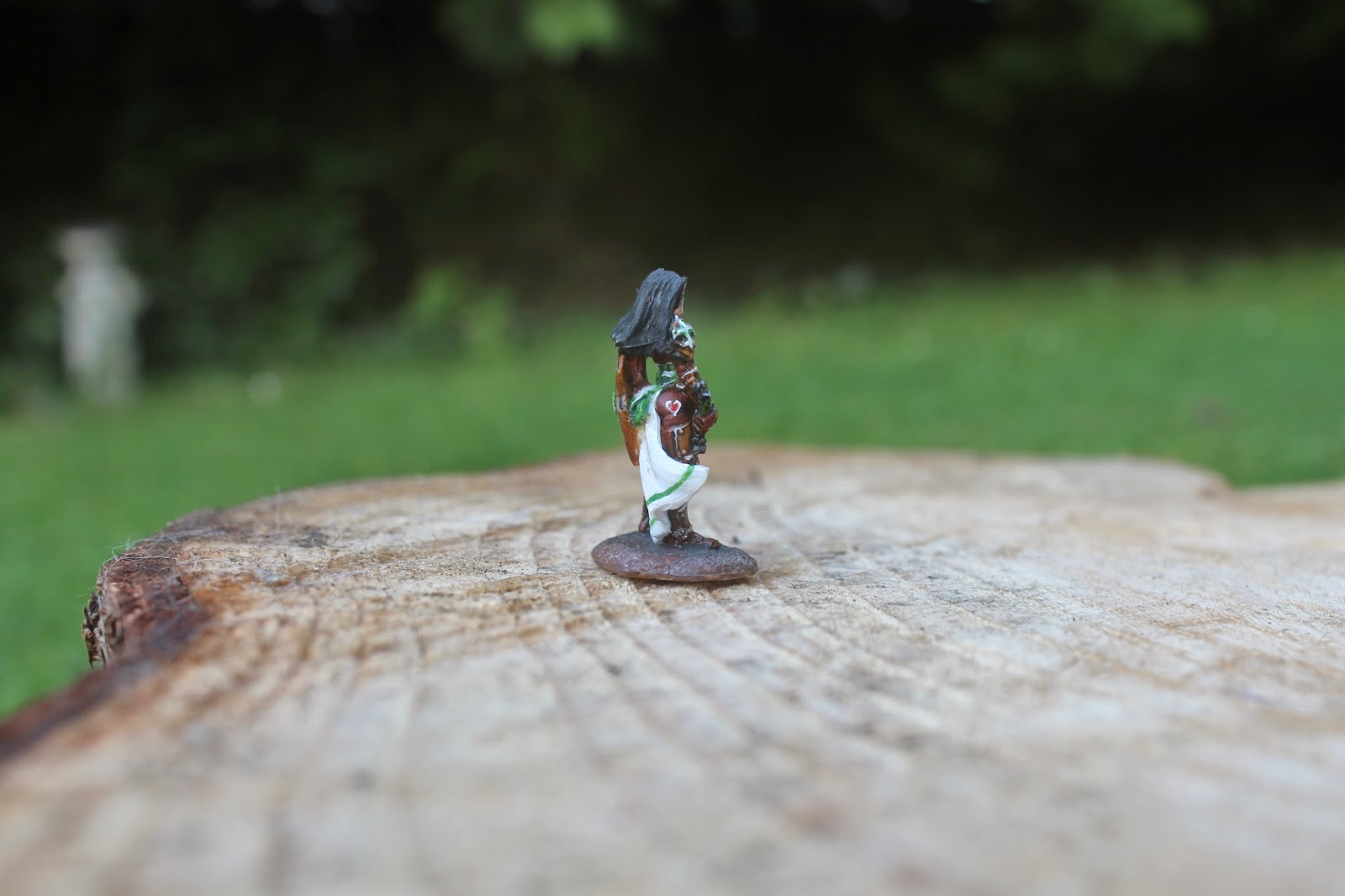 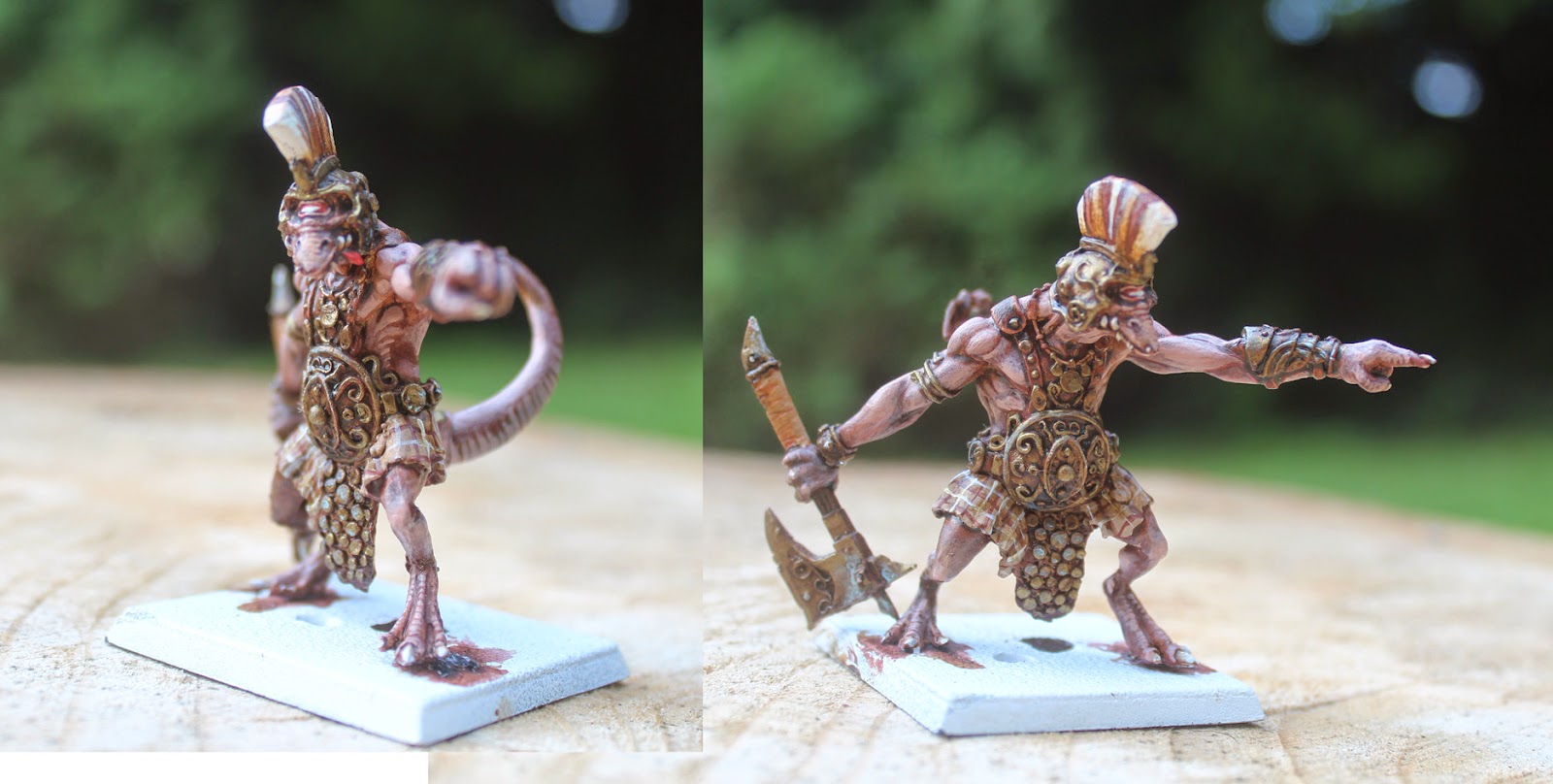 I thought it was about time I posted something hobby related after this spate of Oakbound stuff! It got me thinking that there are a lot of really good 'independent' and small miniatures companies around and they have some of my favourite figures among their ranks. Hopefully sometime soon I'll be able to do the noble thing and actually buy some, but in the meantime here are my 'must have' selection of beautiful miniatures in particular order:

Darkling Games' Crowangle has a delightfully Froud-ian skull beak! I just love this range of evil Dwergs who have all the right combinations of humour, grunge and weirdness!
http://www.impactminiatures.com/index.php?option=samhaino_profile&id=LI_ARCW

Saw a couple of these ARBBL chaotic warriors  at BOYL as Fimir, they’re really very ornate and easy to add weapons etc. to.

Rackham goblin pirates. Not sure if many people know they can be bought from this shop, is it legit? Who knows, but they’re a fortune on evilbay! Tempted to get some for my Warhammer Ahoy crew. Malifaux, aaahhh. What to pick eh? So many beautiful models. Think I’d go resurrectionist though, such a lot of dark humour in these gloriously steampunky minis.

Achtung Cthulhu’s Nazi Villains... They’re true-scale 28mm to fit with historical ranges, but such exquisite sculpts. I defy any Krieg commander not to want some of these bad boys! 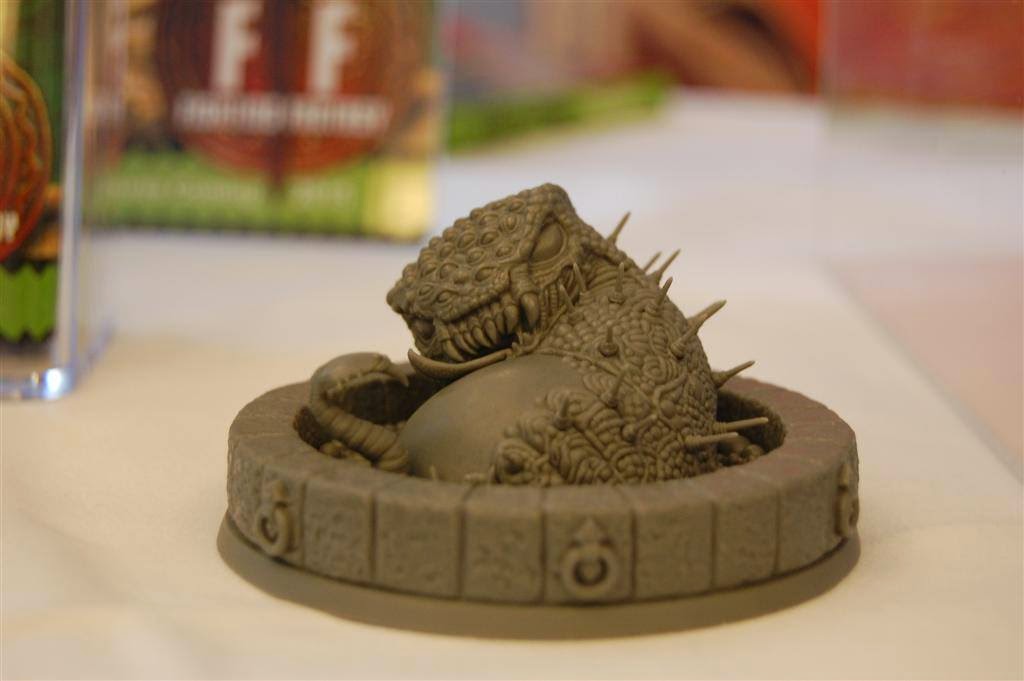 New official Fighting Fantasy miniatures... This is a cheat, because their Bloodbeast isn’t out yet, but they have lots of other very pretty miniatures in the meantime.

Freebooter’s Fate, the greatest game I have never played. If they weren’t so pricey I’d have a whole crew of these chaps, they’re stunningly characterful.

Sticking with a nautical theme, Titan Forge's Bloodsail island range. Yes, they're resin, but there are some brilliantly quirky minis in here. The deep sea diver Orges (Anchor-Bashers) are some of my favourites but they also have gribbly demons, giant skulls, undead orcs and lots of other niceness.﻿
http://easternfront-studios.net/

Eastern Front Studios’ Midgard Miniatures Baba Yaga. My favourite folkloric character in wonderful detail. Midgard Miniatures look to be a very exciting range with a nice, dark-european fairy tale feel. This bad boy (lady?) is well out of my price range, but the kit is huge and limited edition. I have a good feeling about the rest of the range!
http://www.ramshacklegames.co.uk/

Ramshackle’s Dungers. What can I say? It was a delight seeing these chaps in the resin at BOYL. Yes, I said in the resin, but you gotta applaud a guy who sculpts, moulds and casts everything himself and doesn’t charge the earth for his minis, and they’re lovely and unique minis too! Plus he’s a nice bloke… and his Giants have some nasty surprises up their kilts!

There you have it, a run down of the first minis I'll be buying should I ever have the cash to do so! Now to hand the baton on, what are your dream minis? How many more small companies can you dangle on a fishing line in front of the expectant world of wargaming connoisseurs?

Email ThisBlogThis!Share to TwitterShare to FacebookShare to Pinterest
Labels: miniatures 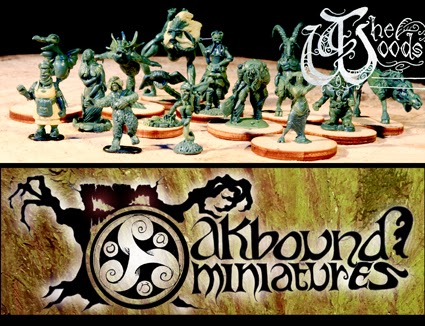 That's it! Today the first Oakbound Kickstarter completed. 140% funded, both stretch goals of accessories packs and the Tuatha got unlocked. Sadly no dragons turned up. I guess they were confused as to whether they were celtic or not and headed off to the library for a bit more research... they'll be back!

That means I've 6 Tuatha, 2 custom sculpts, 2 of Chico's Dorfs and my own posse of Airship Goblinks to do in the next couple of weeks then it's off to the foundry with precious green! Of course, there'll be lots of little bits of green stuff left over at the end of the sessions, and these will not be wasted, oh no. They will all get turned into little bits and bobs to get stuck in the accessories packs which already boast a squirrel, an owl and a candlestick!

If anybody missed the kickstarter, never fear. This line of miniatures should be in the Oakbound shop in time for Christmas.

In the meantime, thank you again to everyone who's supported this through publicity, finance or just good moral support! You made the whole process very exciting and much less scary!

On Monday the Woods kickstarter passed its first stretch goal, so I've been sculpting accessories: 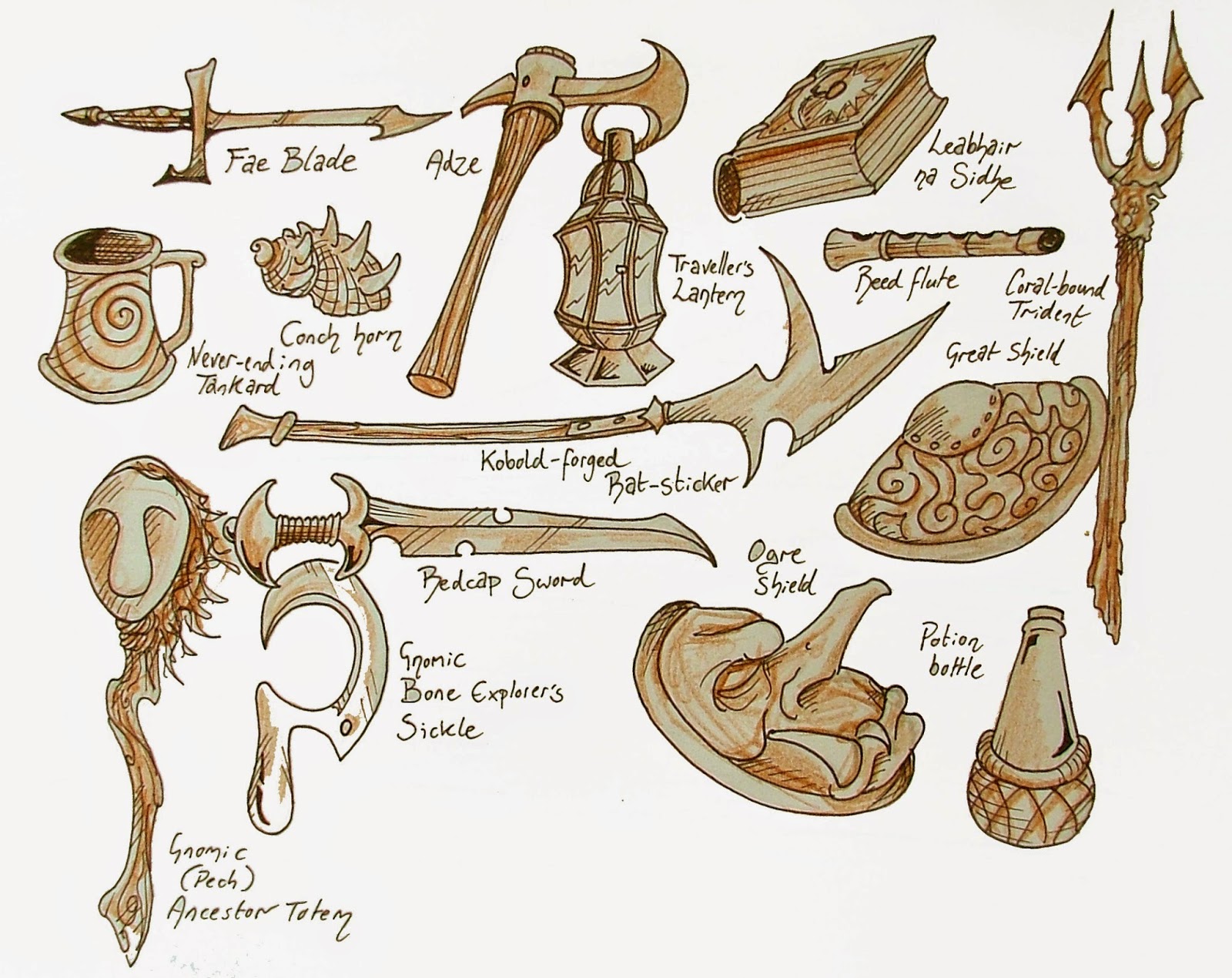 ﻿
These are still work in progress (hence the visible bits of brass rod, hilt-less swords etc) but hopefully enough to give an  idea what they'll be like. There'll be some other bits and pieces added in as well. With about 48 hours left there's still time to pledge for some! :)
Kickstarter Link﻿