You may be aware of a certain Mr Chico who haunts the dark places of the community's minds, daring to go places that others fear to tread... usually with goats. Well, a while ago now he commissioned Oakbound to sculpt some miniatures for him. We gladly complied and I'm pleased to announce that Judge Chico's Evil Space Dorfs are now on sale in the Oakbound shop. 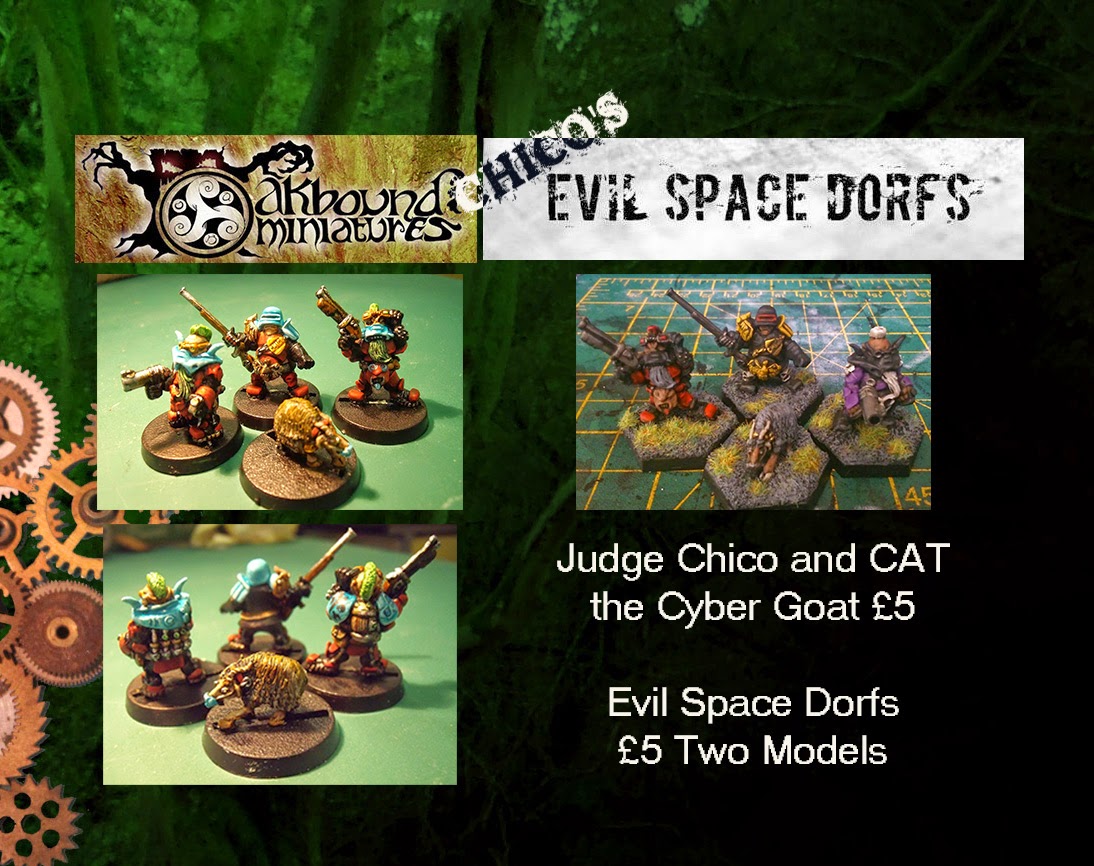 Please give generously, all donations will go towards expanding the range. Ideas (featuring tentacles and powered armour designs) are already being thrown around, and knowing Chico you know there's weirdness coming! 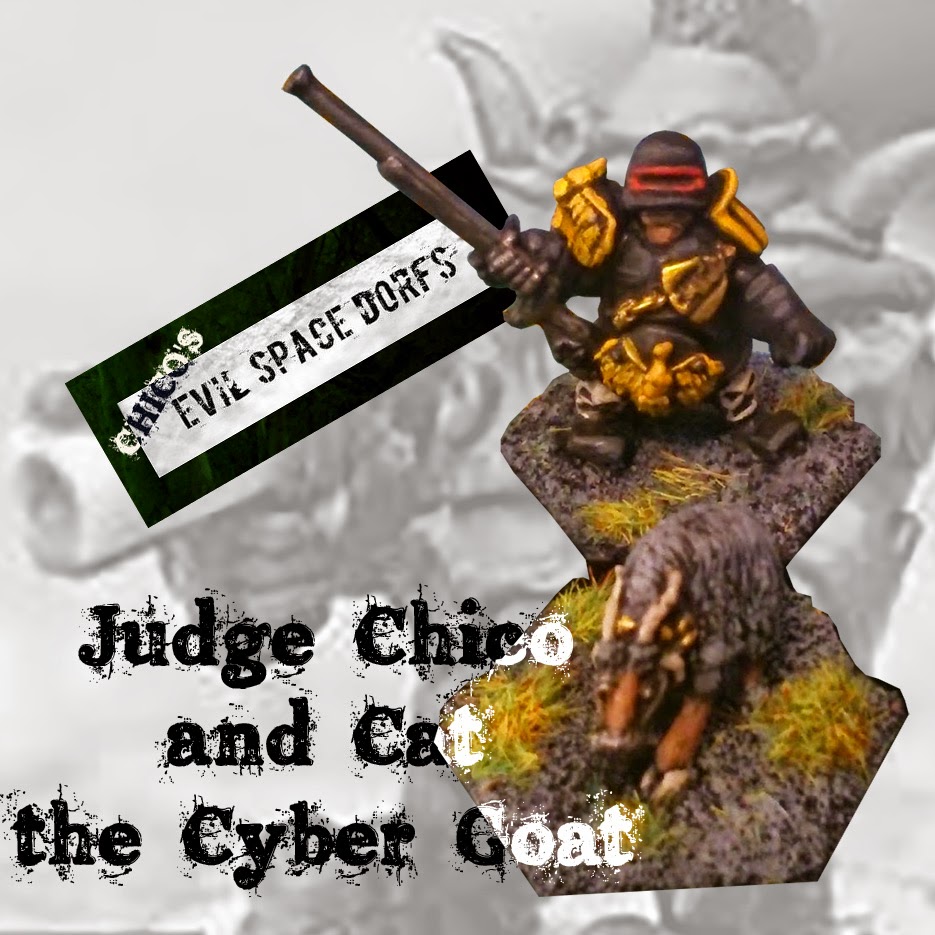 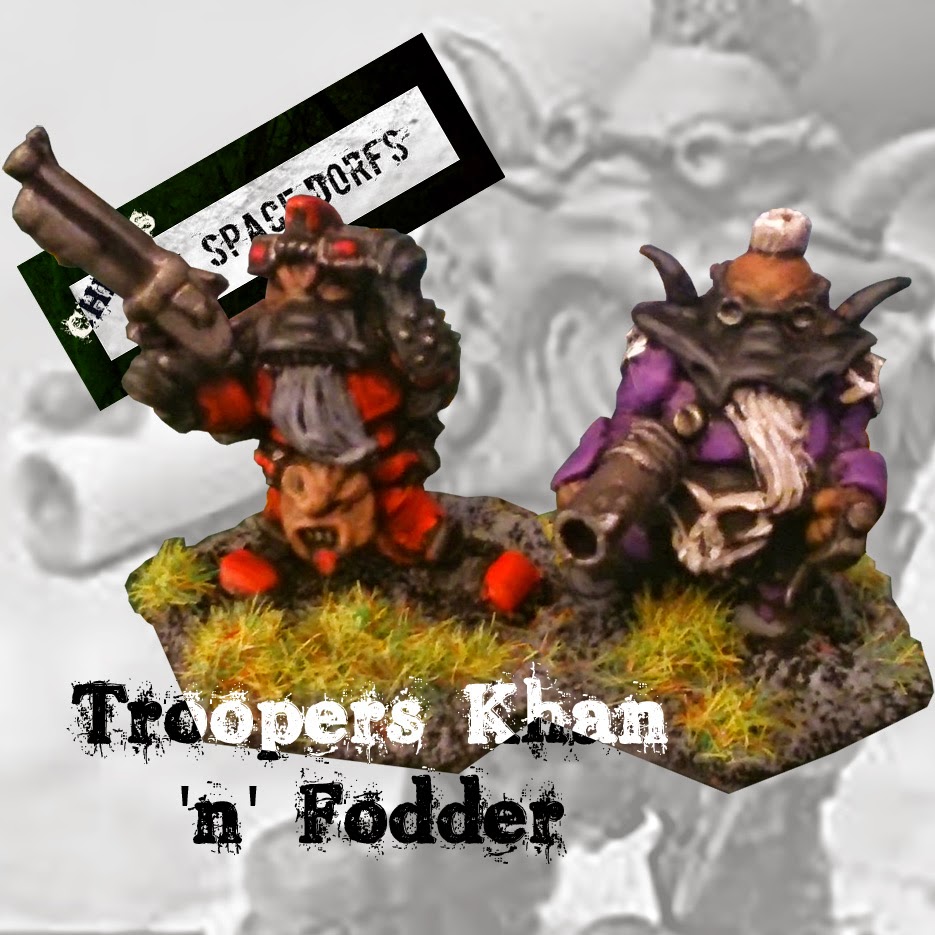 While I'm on the subject of additions to the shop, The Woods kickstarter minis are now all shipped to the backers so we have some spares to put in the shop, they'll be there soon, along with a limited number of Airship Goblinks. If you're going to BOYL 2015 you'll have a chance to try out the airship Klinderboorg and its crazy crew in the Oldhammer Ahoy game.

With plans for Oldhammer Weekend (or Bring Out Your Lead, or whatever) officially stepping up a pace it's time to get the crew sorted for the Oldhammer Ahoy naval battle.

GROG played an initial game a couple of weekends ago and it was a lot of fun, although boarding actions were a bit protracted due to the fact that the skirmish rules used are similar to Necromunda in putting figures 'down' or 'stunned'. Rather than autoscragging in close combat though the rules allow for these minis to get back up. I think we've agreed to scrap that and just fight normal Close Combat across decks.

Anyhow, the important bit... modelling and painting the ship! I got this (in slightly damaged form) off ebay back in September when the idea was fresh and keen from BOYL 2014 and did nothing with it. 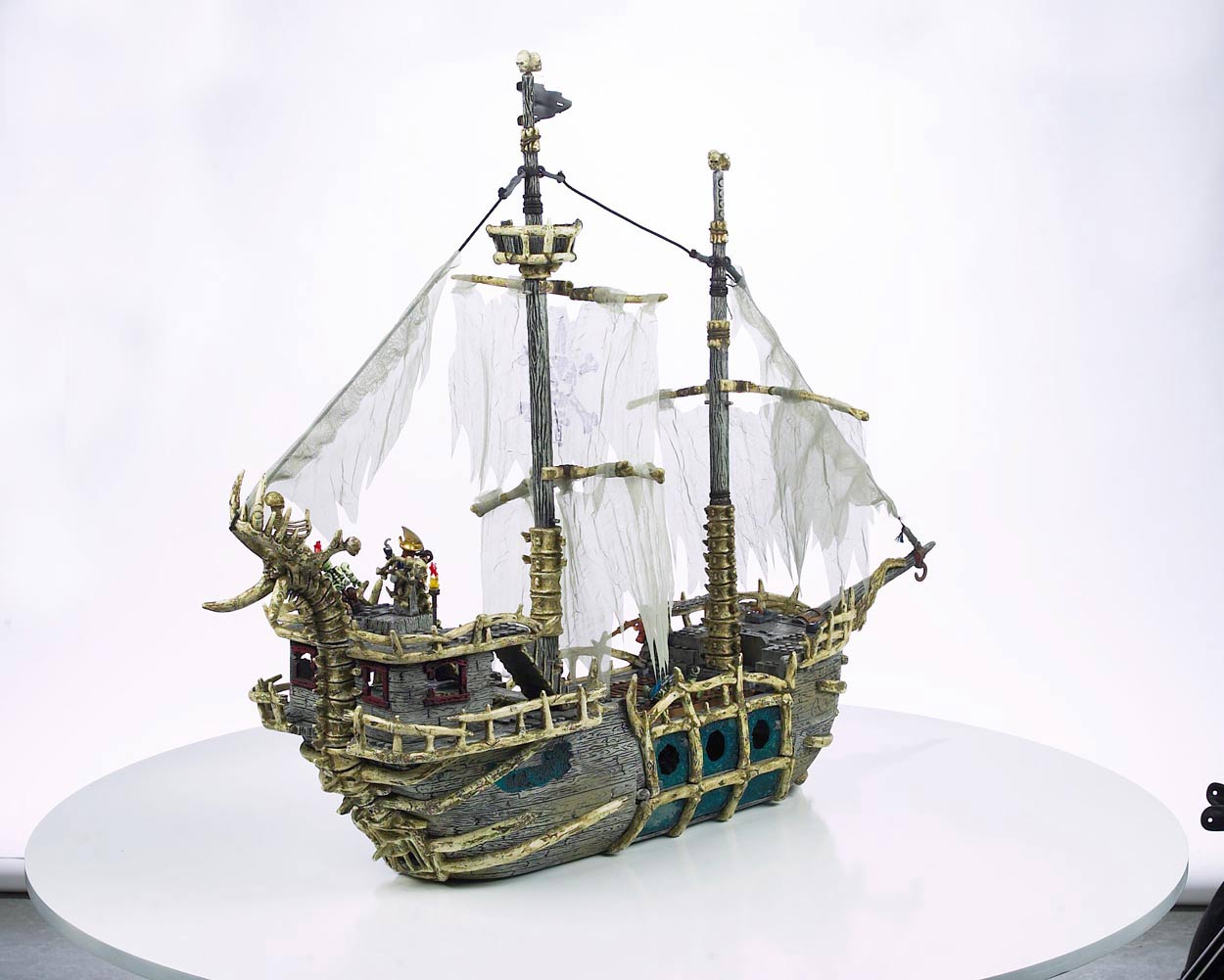 I've also had a selection of pirate orcs for a while. Again, found them floating on the evil bay a few years ago and thought they'd come in handy someday. Along with a few additions from various sources I have now pulled together the somewhat motley crue of the Nurglitch: a derelict boarded by an orcish buccaneer and his crew who had no idea what they were getting themselves into. Now captive to the Chaotic Ogre Shaman of Nurgle who had finished off the original owners of the ship and refashioned it in the foul image of his deity, the orcs must sail in the Plague Lord's service for all eternity... or until they are slain. 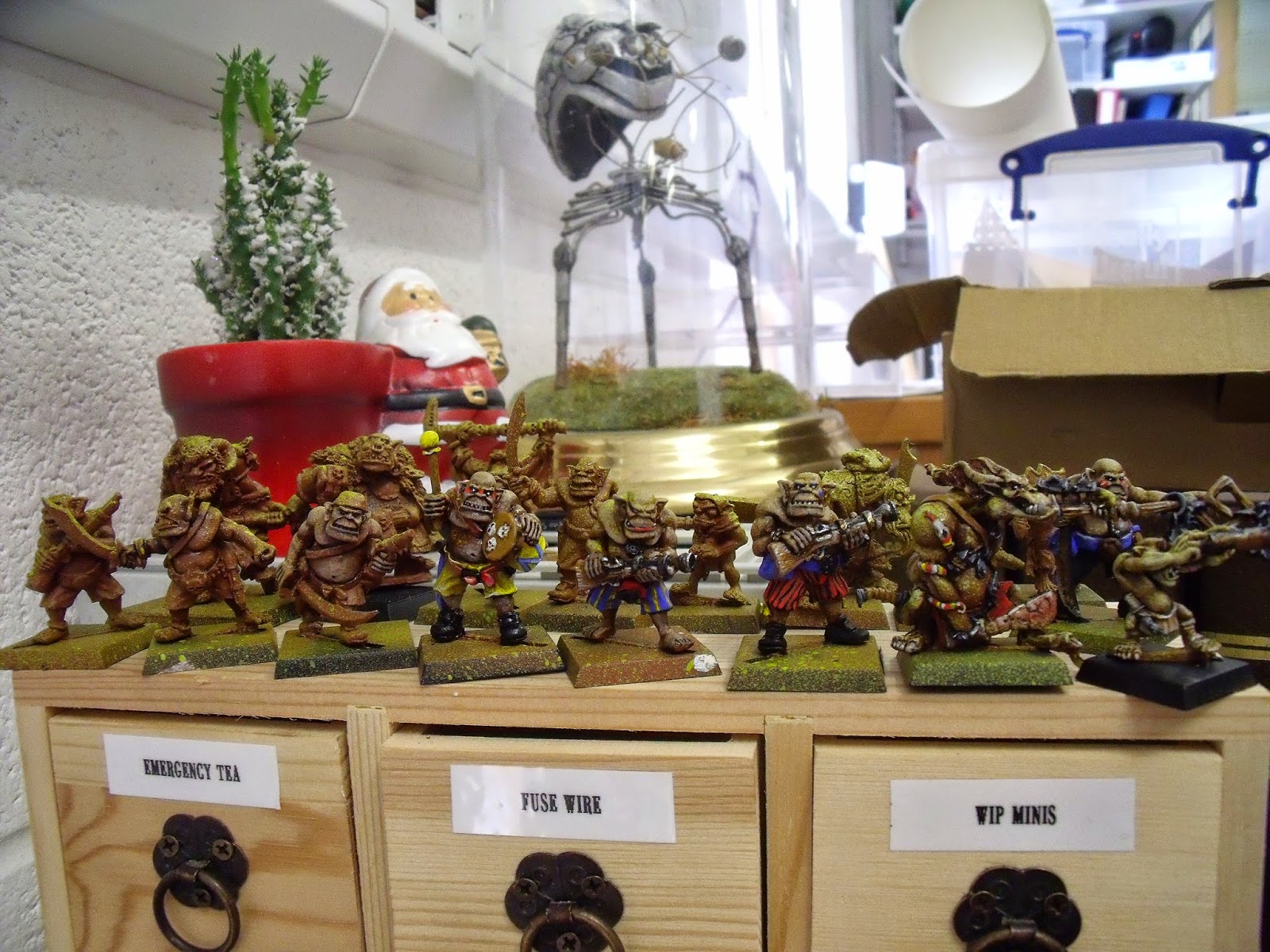 ﻿
The ship is going to be a kind of gunship, with a Squig-lobber (Squigs landing on ships run amok, Squigs landing in the ocean count as mines, gnawing holes through whatever comes into contact with them!) and Snotling-grapple launching cannon. 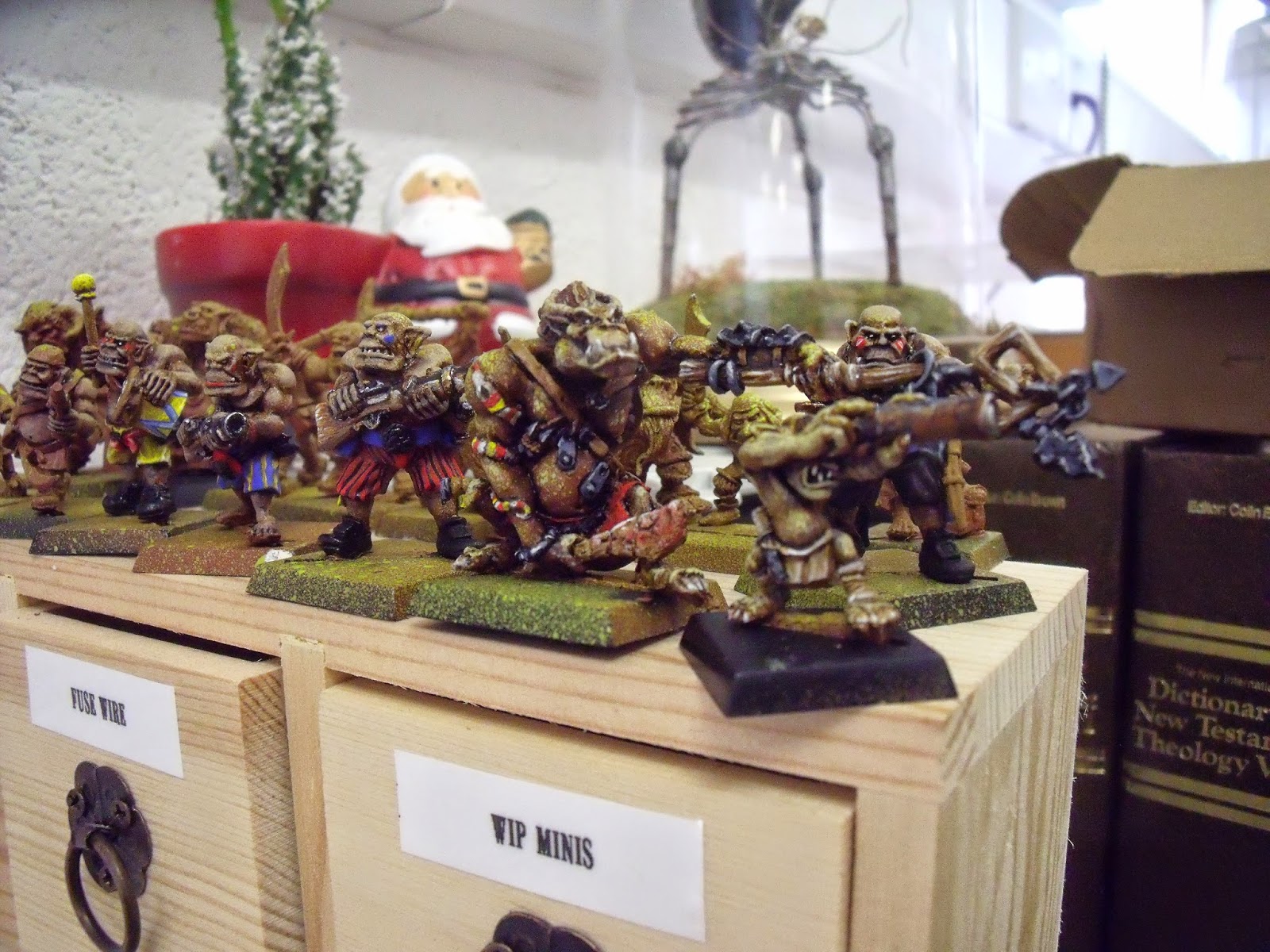 It currently has the maximum crew for a medium size ship, with four goblin crew for the war machines, two orc supervisors for the same, some musketeers and a couple of shamans to back up the master of the vessel... 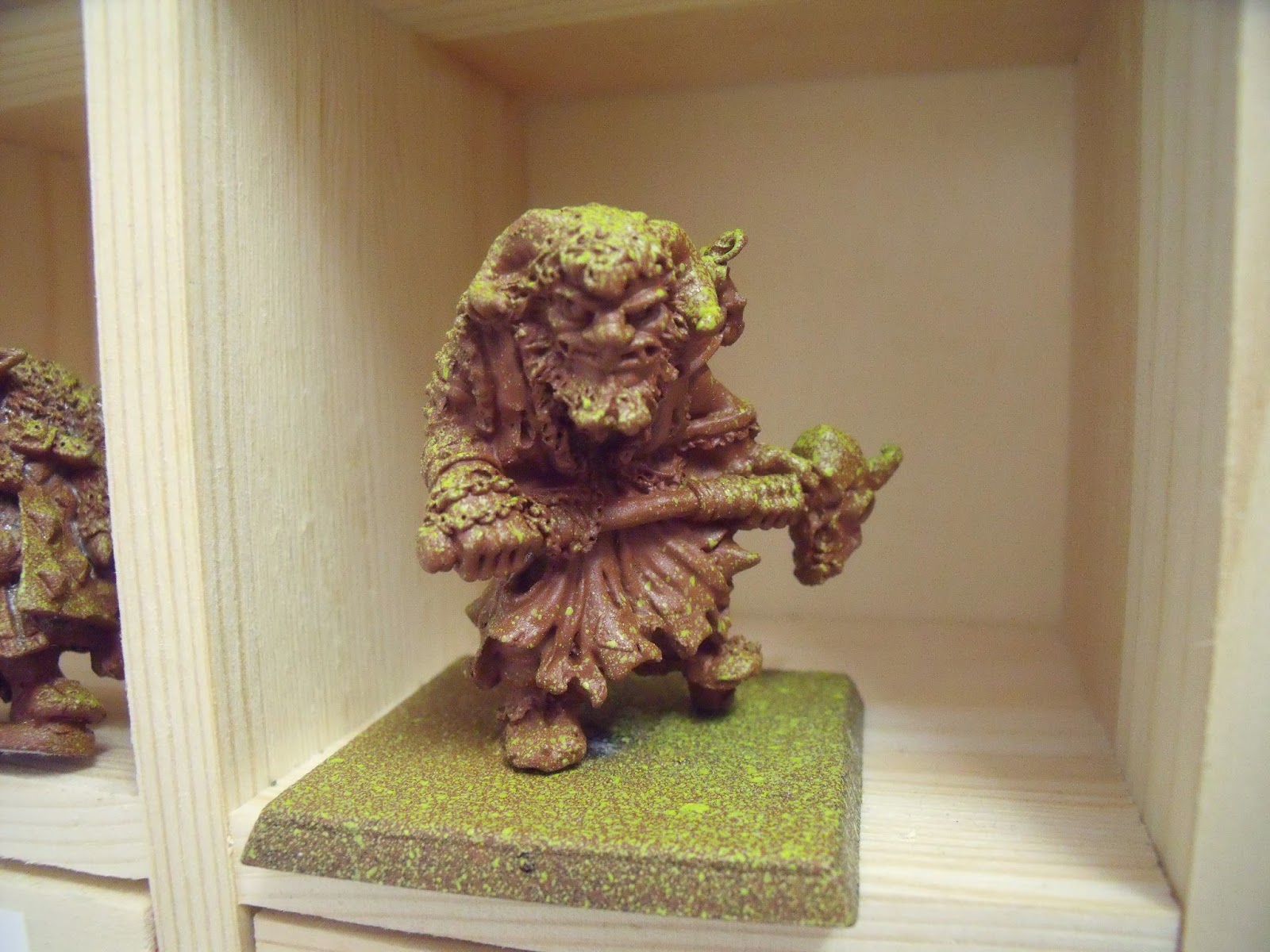 The Mighty Tim... Ogre Shaman of Nurgle. Wanted to paint this mini for ages. His role is to guide the ship (sails by magic) primarily and he needs all the support the orc shamans (one Citadel, two lovely Rackham minis) can give him! 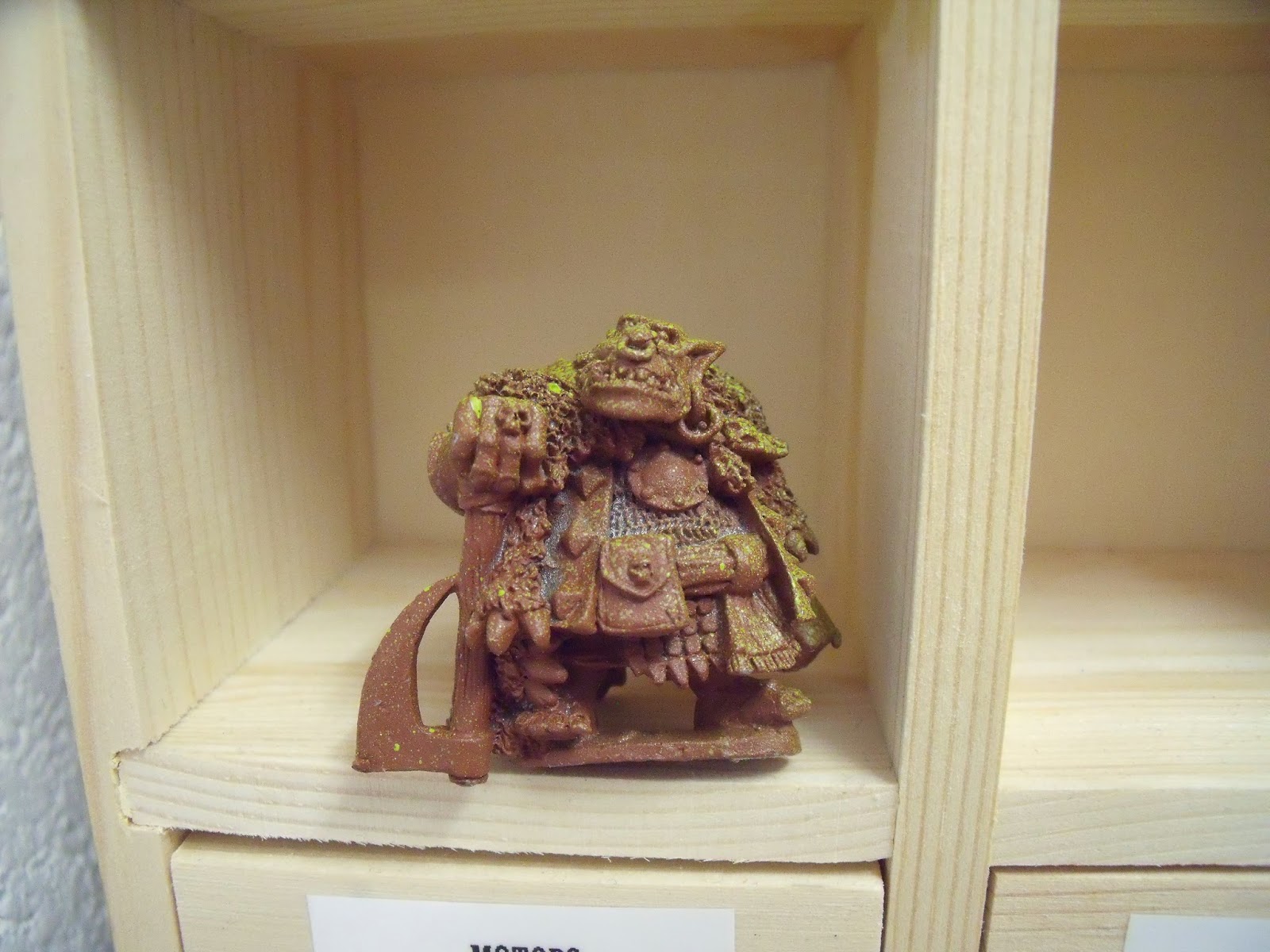 The orcs' former captain, and still very much in command of his men, is Captain Ishmael Skullet, this very lovely monster of a mini from Foundry. 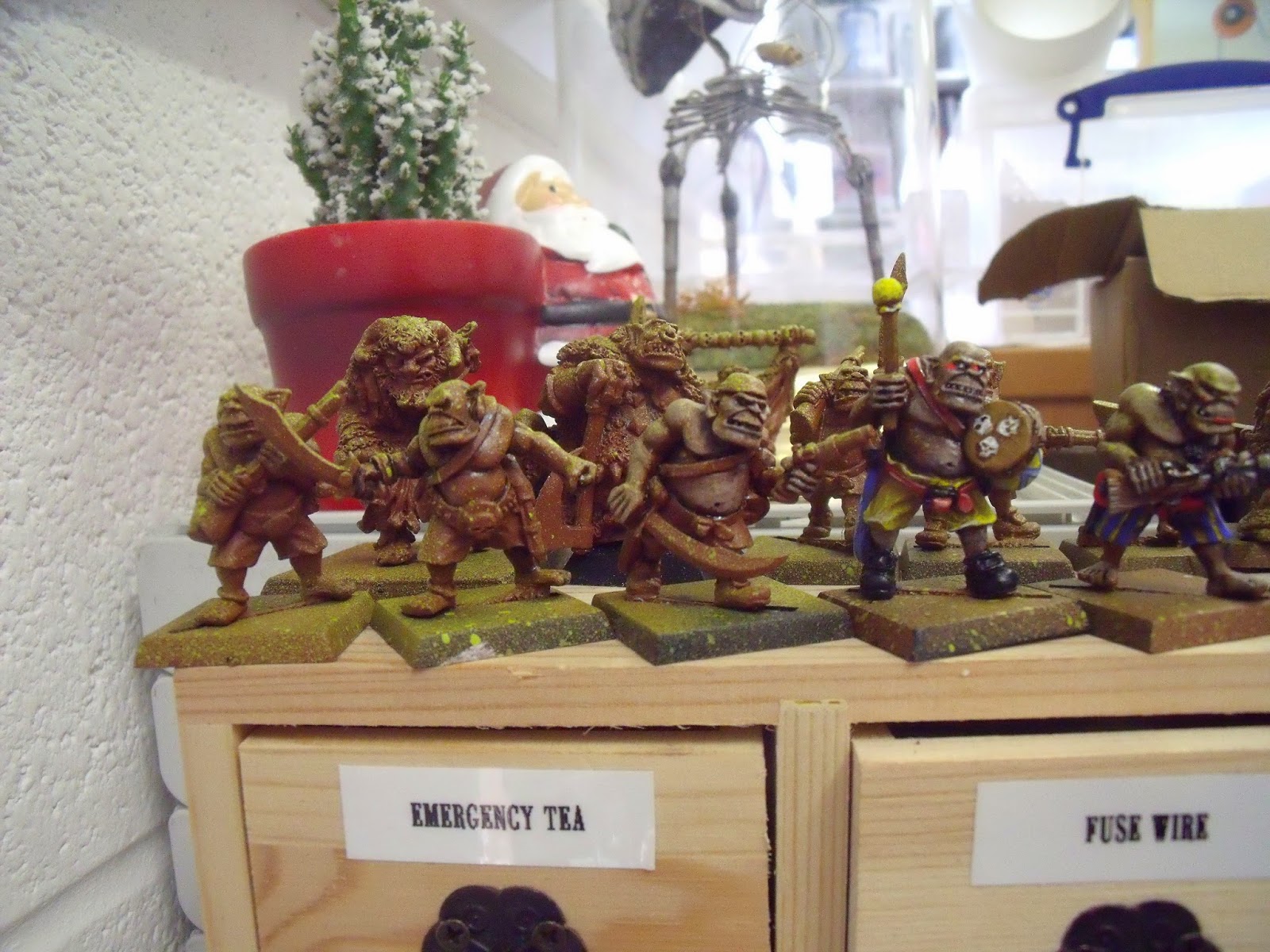 For the paint job on these guys I decided to try and experiment. Normally I undercoat black and do a 'zenith highlight' spray of white before using thinned paint and inks to glaze over the top. Recently though I've been base coating in brown and working over that for a more 'earthy' but bright finish- the look I'll be going for on The Woods miniatures. With these guys though I wanted to make them look textural and Nurgled-up so I went for a brown base coat and oversprayed with a light, patchy mist of bright green. Shaded with careful application of sepia ink and highlighted with a very watered-down khaki. I wanted the orcs' attire to look like they had been quite flash (think Adam and the Ants) but were now in a state of decay. So bright colours abound, but I applied the paint thinly except on the highlights so the mottling of the base coat shows through. Weapons and accessories were painted silver and given a liberal rusting with inks and model mates rusty red weathering liquid.

As I say, the crew is currently at maximum size, however the excellent Mr Treps may well be sending six of his Kev Adams goblin pirates my way. The question now is what to do with them. Initially I though of just mounting a dinghy on either side. Given the disastrous effects of jumping off a ship onto an island we encountered in out trial game it would make sense to have a couple of small scout ships to go after the objectives while the behemoth lumbers along providing covering fire. Alternatively I could add a few inches to the ship (wanted to build some crude, orcy structures onto it to house the guns anyhow) and treat it as a large vessel, doubling the size of the crew. Ideally this would be filled out with beautiful models from Werner Klocke (Freebooter's Fate) and Skimmers of the Ocean (Rackham Confrontation) but they are super-expensive so unless anyone has any they wish to donate I may just draft some more gretchin with blunderbusses into the raiding parties.