Back in the summer of 2014 Oakbound's first Kickstarter was successfully funded and we released a range of Celtic-themed wargaming miniatures to accompany the background to a boardgame that had been designed the previous year. These miniatures had been in the pipeline at least a year previous to that, dating back to when the Myeri Marsh Demons marked the birth of Oakbound- at the request of members of the Oldhammer community who wanted the models for their Fimir warbands. Since that time The Woods as a setting has been largely ignored, not for lack of love but because other projects were occupying our limited time and resources.

The world wasn't entirely neglected however. It was always the intention that this land of Celtic folklore should have a Roleplaying game attached, one that focused less on the classic dungeon-bash formula of heroes versus monsters and more on the ambiguous characterisations and fairytale intrigue inherent in so-called Celtic mythology. A couple of collaborations with other writers and companies attempted this during 2015, but they all lead to a dead-end.

The funds from the successful Kickstarter we'd hoped would allow us to go to print with another project, however, due to problems in the casting of the miniatures (not from our side), there was very little left after the orders had been fulfilled. That meant we had to take the next project "Legends of British Steampunk" to kickstarter and fortunately it looks (so far) like we will have some leftover funds to take into our next 2016 project. 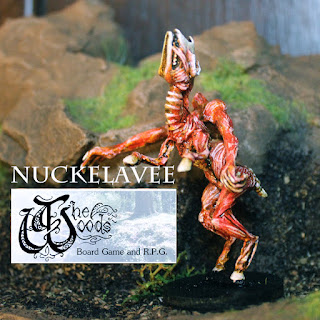 I think crowd-funding is a brilliant idea. I love how it means that people who would otherwise not be able to raise capital to try out their idea without getting massively into debt or giving a hefty chunk of their proceeds to venture Capitalists can see its popularity and give it a go. What I don't support, however, is established companies going to Kickstarter because of the publicity it gives them. If your company is up and running you really should know your client base well enough and have enough funds in the bank to go into production without crowd-funding. Leave the crowd-funders for the little guys who are just starting and do need the help to fund their projects. Now Oakbound is hardly minted, but if we manage resources well we should be able to manage the next release without crowd-funding. In order for us to carry on after that, however, the next release itself needs to be successful. So before Christmas we asked our supporters and Facebook page subscribers to fill in a quick survey on what they'd like to see, and the results are in!

It was a close-run contest between The Woods and our dystopian, near-future sci-fi, Factious Waste. The Woods just came out in front, but only by a couple of votes. A couple of people helpfully commented that Factious Waste is probably more commercially viable right now as sci-fi is a lot more popular than fantasy settings, but also that there isn't a lot in the world of fantasy that's drawing on the Celtic folklore so that would make for a more distinctive product. In mentioned above how we've had a couple of aborted efforts to put The Woods into an RPG and the upshot of that is that we have a lot of material to draw on and refine into our own product now, whereas Factious Waste has very little material developed. The decision has been taken, therefore, to use and add to the existing material for The Woods for the next release and in the meantime work on fleshing out Factious Waste. Legends of British Steampunk has not been forgotten, in fact earlier this week I added another dimension to the world which will give a good basis for a sourcebook, but it was noticeably less popular than the other two.

Another question we asked was regarding whether people would like to see miniatures, a sourcebook or a boxed game. Surprisingly (for us anyway) the boxed game came out more popular. The plan is, therefore, to release a large book full of source material, modelling guides and scenarios and to have it available either by itself or in a boxed set with a selection of new miniatures (by popular demand these will focus on the Fae and the Myeri- the sourcebook will feature the conflict between the two races but also give a detailed overview of a section of the world and root the background in the story of the Tuatha). We'll be reviewing the existing range and discontinuing some miniatures as we move through spring. 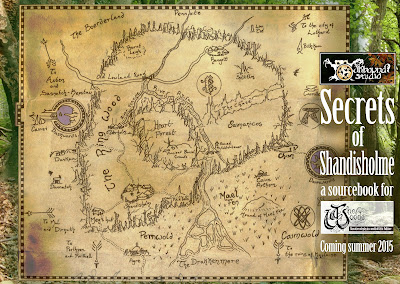 When we went to Dragonmeet in December we noticed that many people were confused we were selling miniatures that didn't have a specific game attached. Modelling and painting has always been my passion so I was surprised how much confusion there was that miniatures might exist by themselves to be slotted into any game system, but there you are. Now this is something that Factious Waste does have over The Woods, a rules set that has been tested over a period of two years. So, over Christmas, we decided to strip out the rules from Factious Waste into a stand-alone game mechanic we're calling SystemMech. This is a dice-free, cards-free tabletop roleplay system which we can plug any world into and we will be compiling the sourcebook to use this system. We'll also arrange the profiles in the book in such a way that they can themselves be plugged into the most popular tabletop and RPG systems.

Which leads me on to the ways you can help if you'd be interested!

SystemMech has had extensive testing in a sci-fi environment, but we've only done limited tests so far in a fantasy setting. We'd love for a few more gaming groups to be trying it out and feeding back what does and doesn't work.

We're also looking for people to contribute towards the fleshing out of the Factious Waste world and would like to speak to artists, writers and anyone who would like to be involved. We don't have much money to pay for services but are very happy to talk about profit-share arrangements.

Remember this little dude from a while back? 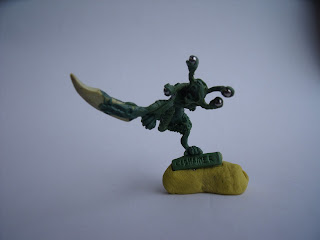 Well, he was done as part of a group project with Curtis from Ramshackle Games, Jason Wiebe from Cargo Cult, Christian Af Bjargo, Andy Atom Taylor, James Sherriff (who may be known to you as Chilled Monkeybrains), Ross Whitehorn and Warlord Paul Mitchell. This project is now live for the next fortnight on kickstarter and is already past funding in two hours so there's something big and nasty (in a good way) looming in the background ready to pounce on all backers later in the week! 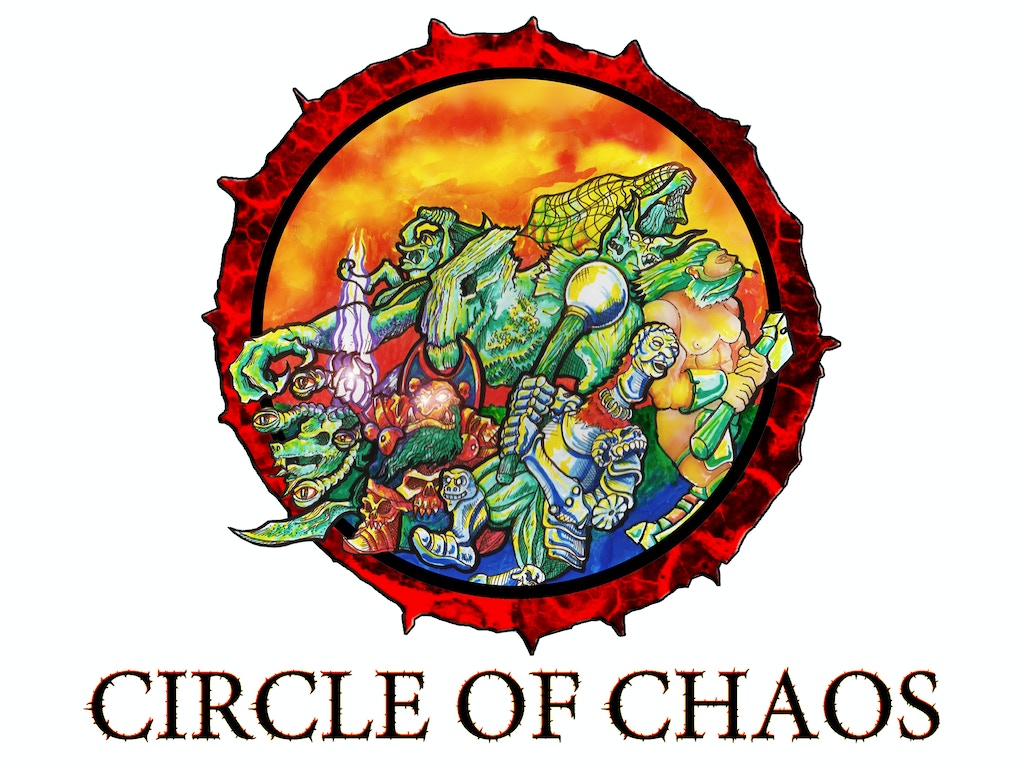 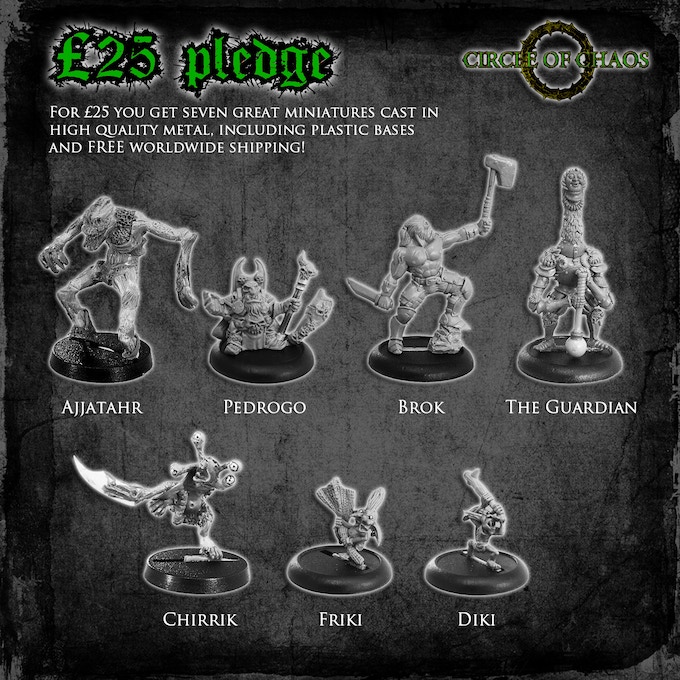