The dawn of a new year is just around the corner and it seems extremely likely that once again I have overestimated how many hours there are in the holiday season! Since there's no chance I'll get this lot finished today (especially with the Oakbound New Year mini to paint up for tomorrow) I thought I'd gather the undead together for a photo shoot of the army so far. These guys should get finished by end of play on Monday, a bit late for Deadcember but before work starts again. 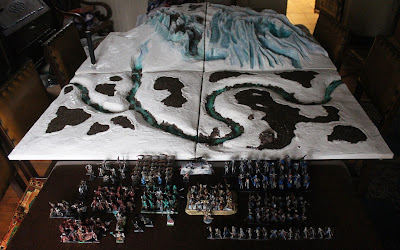 These four terrain boards are also pretty much done. Just got to pour the resin and effects for the water (which might have to wait as there is nowhere big enough, dry enough and suitable for pouring resin and allowing it to cure for 48 hours at home at the moment). Four more boards to go which I'll slowly work on over the next couple of weeks. Sadly leaving for work in the dark and returning home in the dark isn't conducive to getting much done, hence the holiday splurge. Roll on light evenings! On the subject of which... please excuse the terrible photos, even at midday today there's not really enough light for photography! Perhaps I should hope we get snowed in over the next couple of weeks... well, we can dream.﻿

Mainly basing then, which I wanted to hold off on until I was doing the scenery anyway. Cavalry and archers have been my thing this week, hence their lack of completion. Should be done by end of Monday. And in case you're thinking 'doesn't seem like much for two weeks' work (quite a few of these guys were done in November) I didn't take the skeletons visiting to my relatives over Christmas, I took a band of outlaws instead! 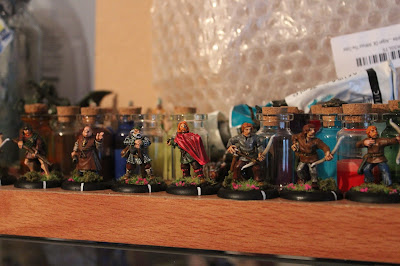 A dozen familiar bandits from Foundry, ready for a demo game of The Woods I'm running next week. 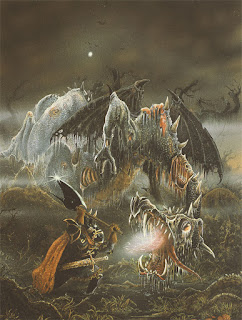 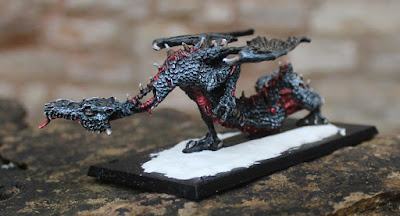 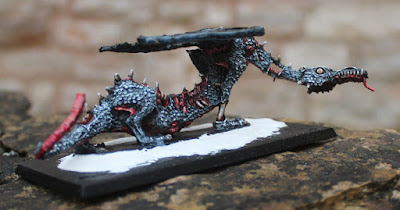 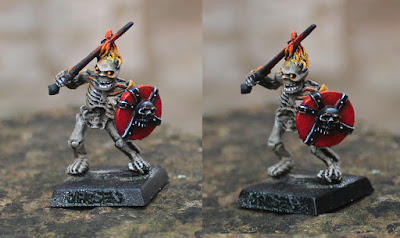