Thank you everyone, we're there! To celebrate here are some more photos showing size comparisons with Mantic, Rackham, GW, Celtos and Reaper minis. Also some pics of new two-headed Hobgoblin and the first shiny Leabhair Scealta to come off the press! 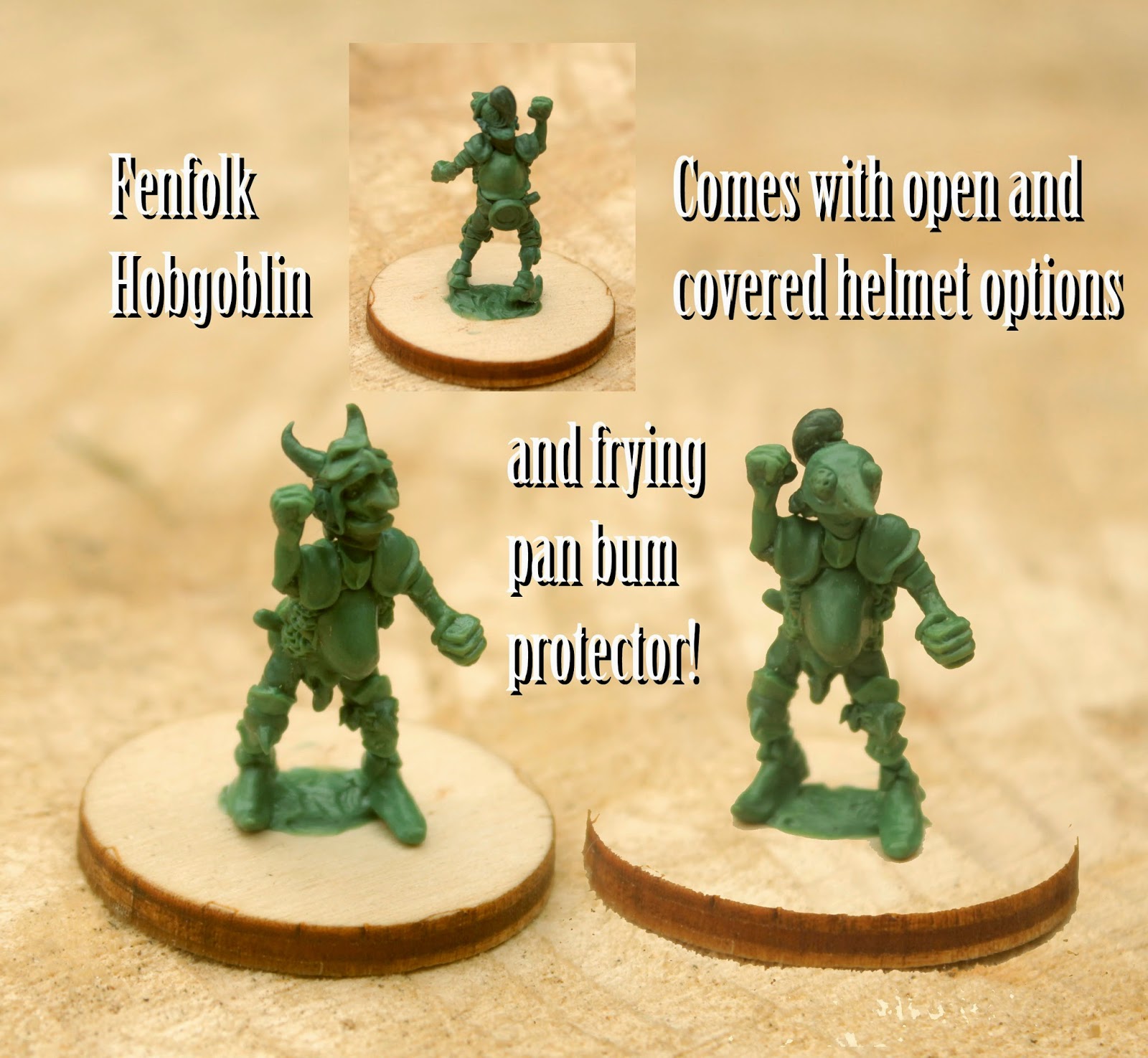 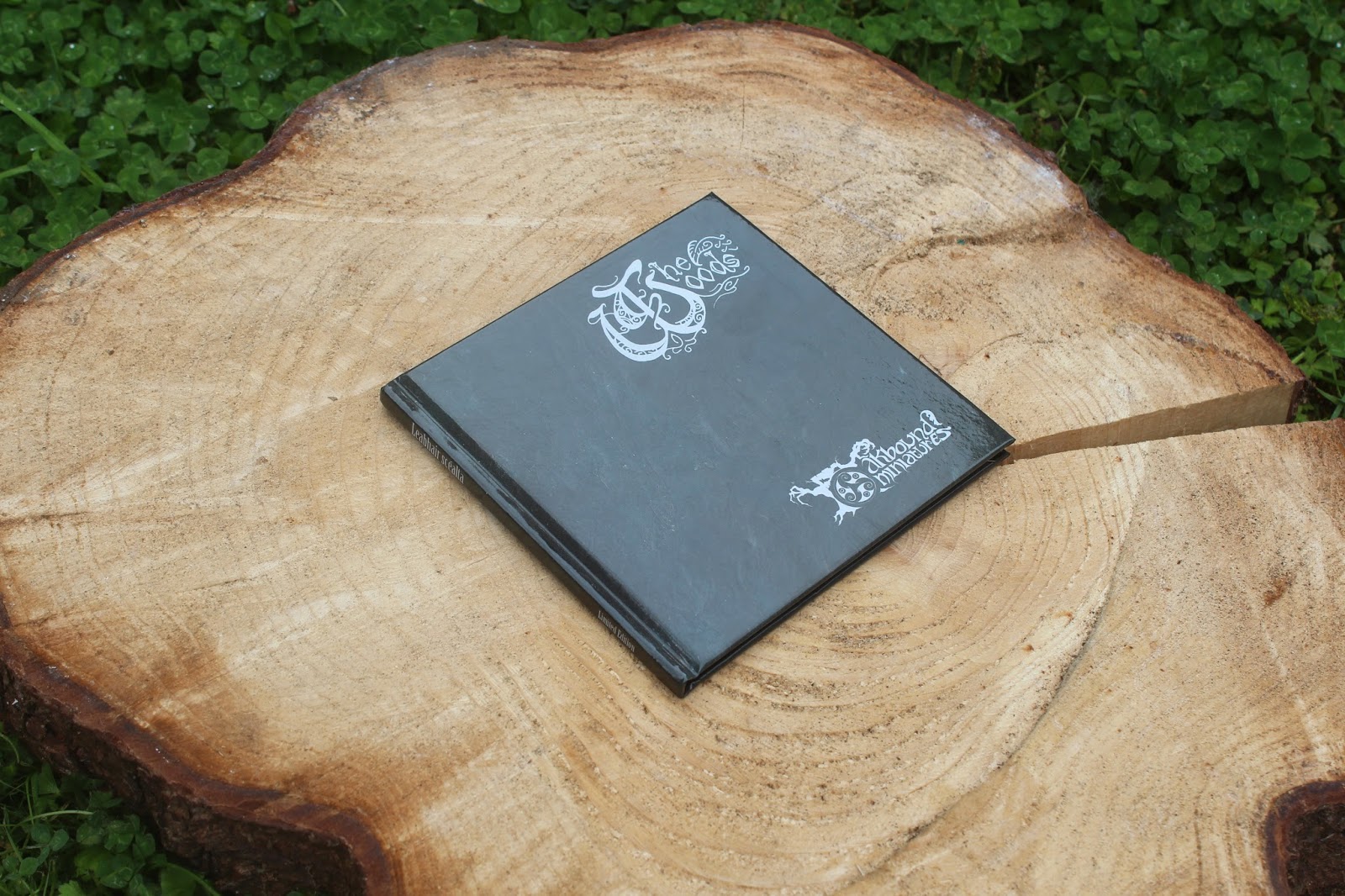 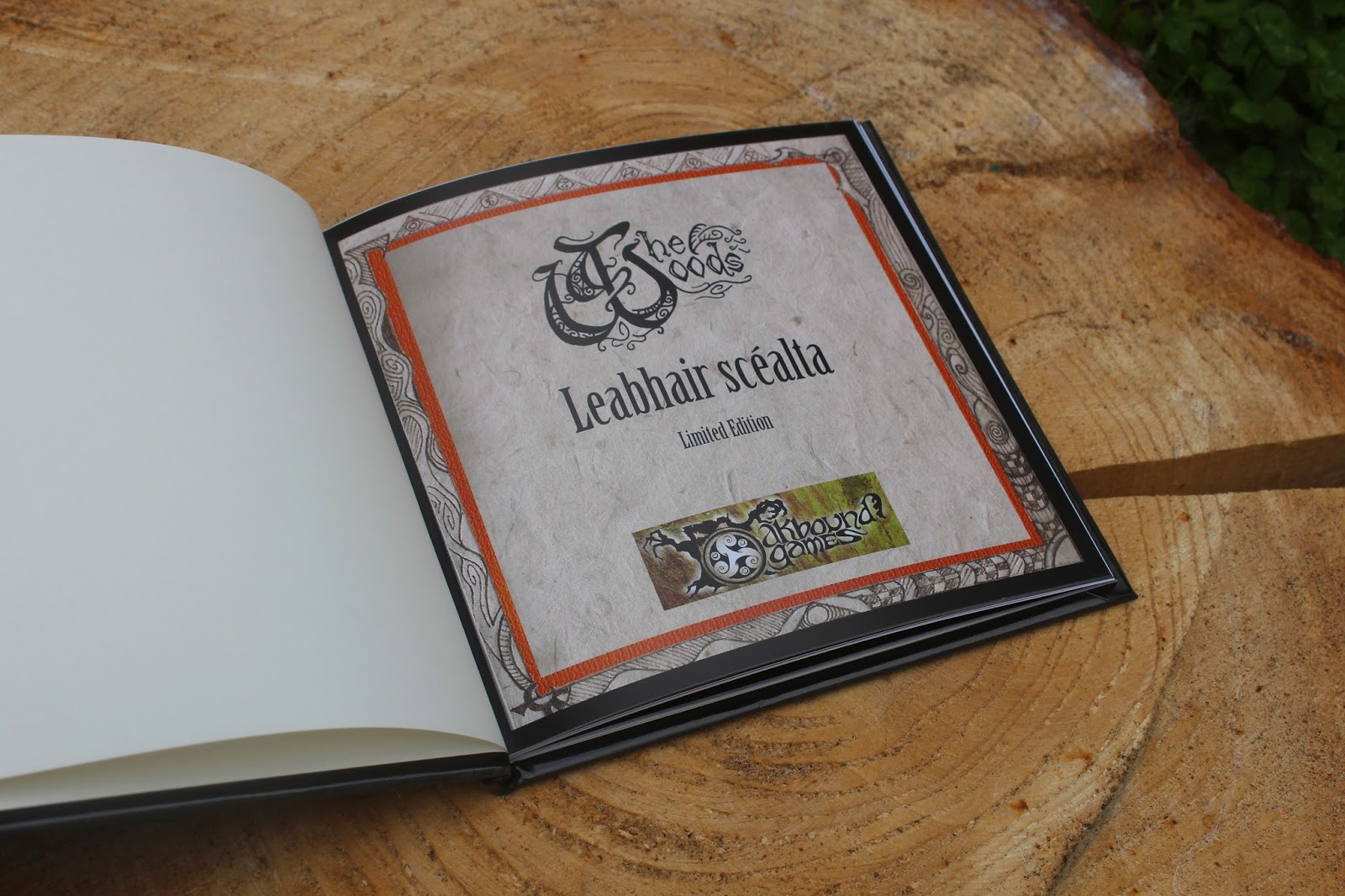 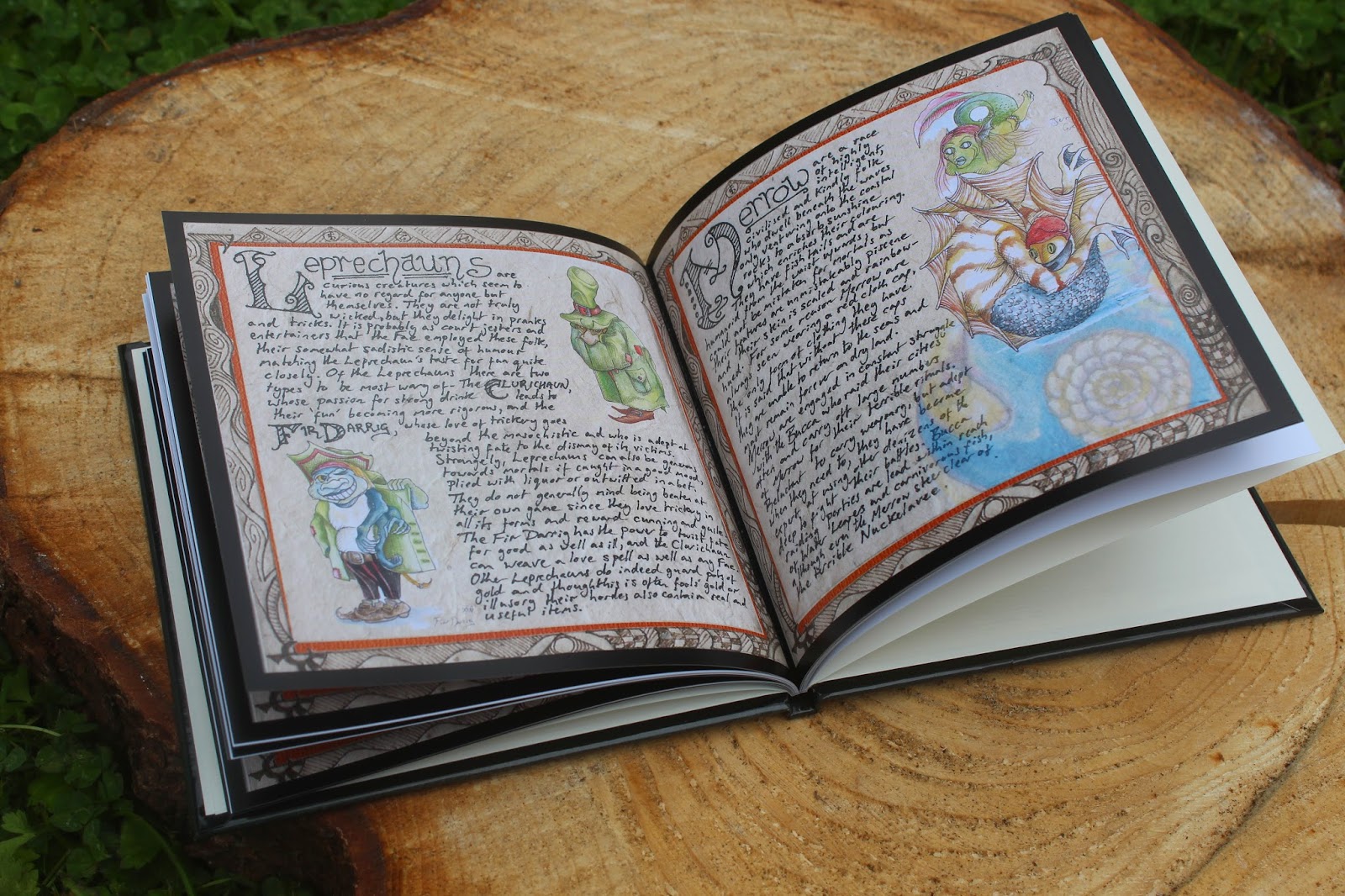 My apologies for blurry pics, struggling between wet weather and a new lens to get a decent image!

Well I had a text from my mum at 9:30 this morning saying the Kickstarter had reached its goal...

A quick look online confirms we have reached the target! Hussah! Thanks to everyone who has supported this in many shapes and forms. It's particularly exciting as last night I all but finished the miniatures (just a few tweaks here and there to make), new green stuff arrived for sculpting accessories if we clear £2000 and this morning I'm off to pick up the first of the Leabhair Scealta books for checking over. Exciting times!

So where does Oakbound go from here? Besides phoning the foundry this afternoon to discuss timescales of course. Well first off there's the accessories pack to sculpt. That will be on offer if we clear 2k and there some ideas up on the kickstarter and the facebook page but I'm inviting anyone to throw suggestions in for adding more stuff to it!

Secondly there's the next stretch goal to draw up. This will be the 6 human (or Tuatha) characters featured in the game- Red Hood, Blue Belle, Russet Hugh, Jack Green, Finn Gold and Stephanie Snow. They're all fairytale references, but don't expect Disney! This is Grimm stuff all the way.

Then, looking forward, there's expanding the range started by this kickstarter. The plan is to release a new set of miniatures quarterly (initially- we'll see if I have time to make it more frequent) and to have a survey on the Oakbound website inviting you to pick which range we should expand next. Initial options are likely to be Myeri Coral Knights, Fae Rade, Spriggan Brigands, Huldra Clanswomen and Army of the Mines.

In the meantime you might have seen the Gobink Balloonist sketches I put out earlier this week. These will be headed for a master mould along with the Woods greens so I have some for BOYL next year, but a few extra sets will be available as a strictly-limited edition set, so if you're keen on your little green airmen head over to the facebook page and keep watching the skies!

Hobgoblins of the mines and Goblinks of the air!

The Oakbound Kickstarter rolls on apace! With a third of the campaign left to go we've cleared 90%, so if you were holding out in case it didn't make it never fear, your pledges will ensure that it does. In the meantime I've been ensuring that there are figures ready to come out at the end of it. The last 5 sit upon my workbench; 2 completed, 2 nearly there and one ready for his extremities!

Once they're done I can start on the next fun project... yes Chico, and your Dorfs! ;) I've been searching for weeks for a goblin crew to fly my airship in the Oldhammer Ahoy battles next year and have come up with nothing remotely suitable. I want a pilot/biggles/dieselpunk kinda feel harking back to the wonderful "Those Magnificent Men in their Flying Machines". And so, after lazing around on a wet morning in bed watching aforementioned film, here are my concepts for the Goblink Airborne Balloonists. 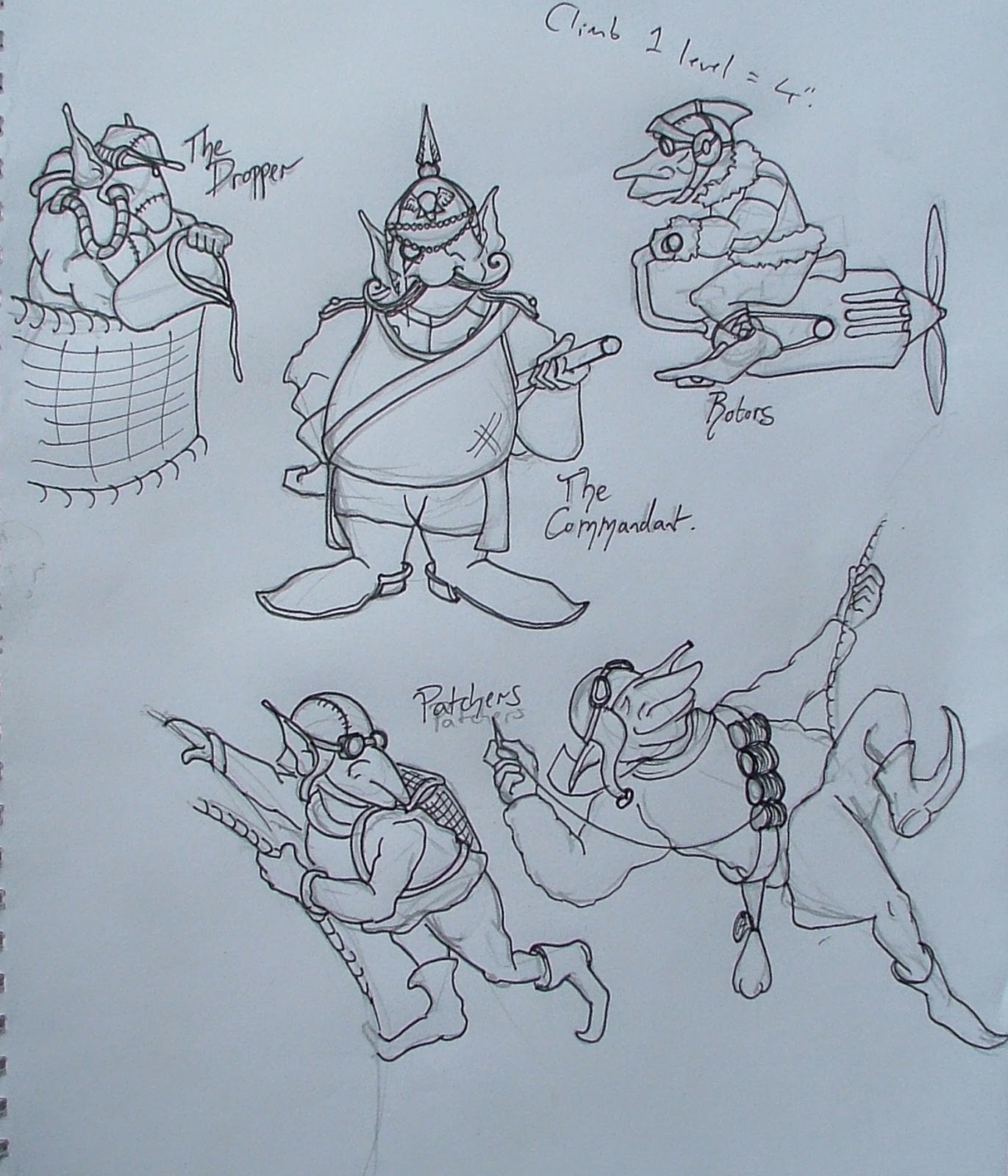 ﻿
They are lead by the Commandant (there is nothing a Goblink Officer cannot do!) with the obligatory Pickelhaube for embarrassing popping moments. To patch up said embarrassing moments are the Patchers with their sewing kits. Forward (or occasionally backward) momentum is provided by Rotors whilst altitude is controlled by the unfortunate Dropper. Best not go into too much detail about how these goblins lighten their load... suffice to say the Commandant has a large meal before each flight!
When my new batch of Kneadatite gets here I should be ready to start on these intrepid airmen, um﻿ Goblinks!

Hobgoblins of the mines and Goblinks of the air! 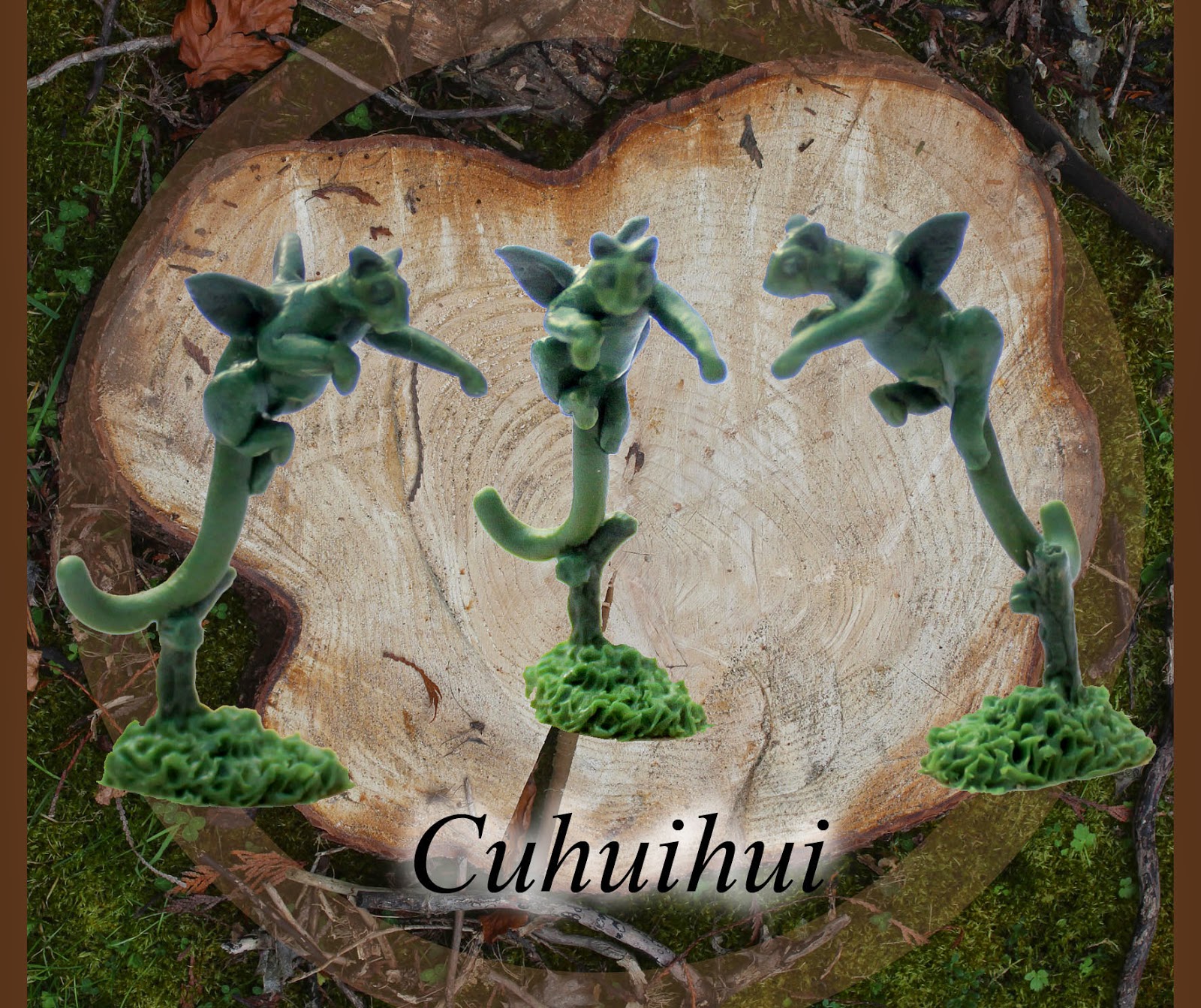 Latest green off the workbench- a sweet little flying cat with a long tail and sharp claws! This is the Cuhuihui from the Oakbound Games kickstarter, which is on target to complete early next month:

Thanks to everyone for their support with Oakbound Games' miniatures, with your help we've just launched the Kickstarter for our first full range of metal roleplaying figures!

Now you can get on over to the campaign and reward yourself with one or more sets of these quirky little guys, plus artwork, glossy books and the chance to hang out with the BOGGARTS...

Sales pitch aside we're all very excited but the reality is we want to know if anyone else is excited as we are about these weird folkloric minis, so if you are, or you know somebody who is, please point them in the direction of the KS campaign and hopefully we'll get funded and you guys will get your nice lead figures! 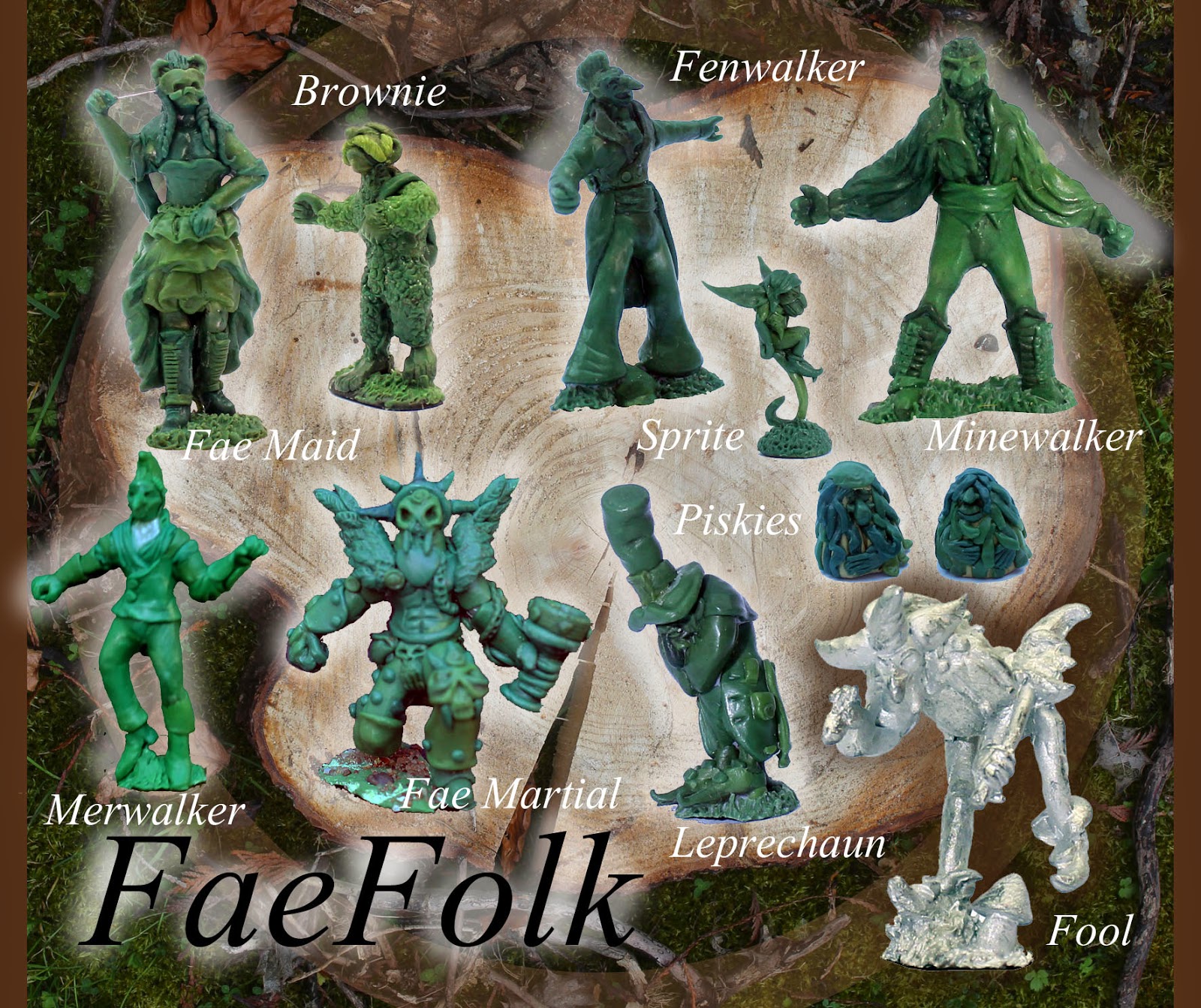 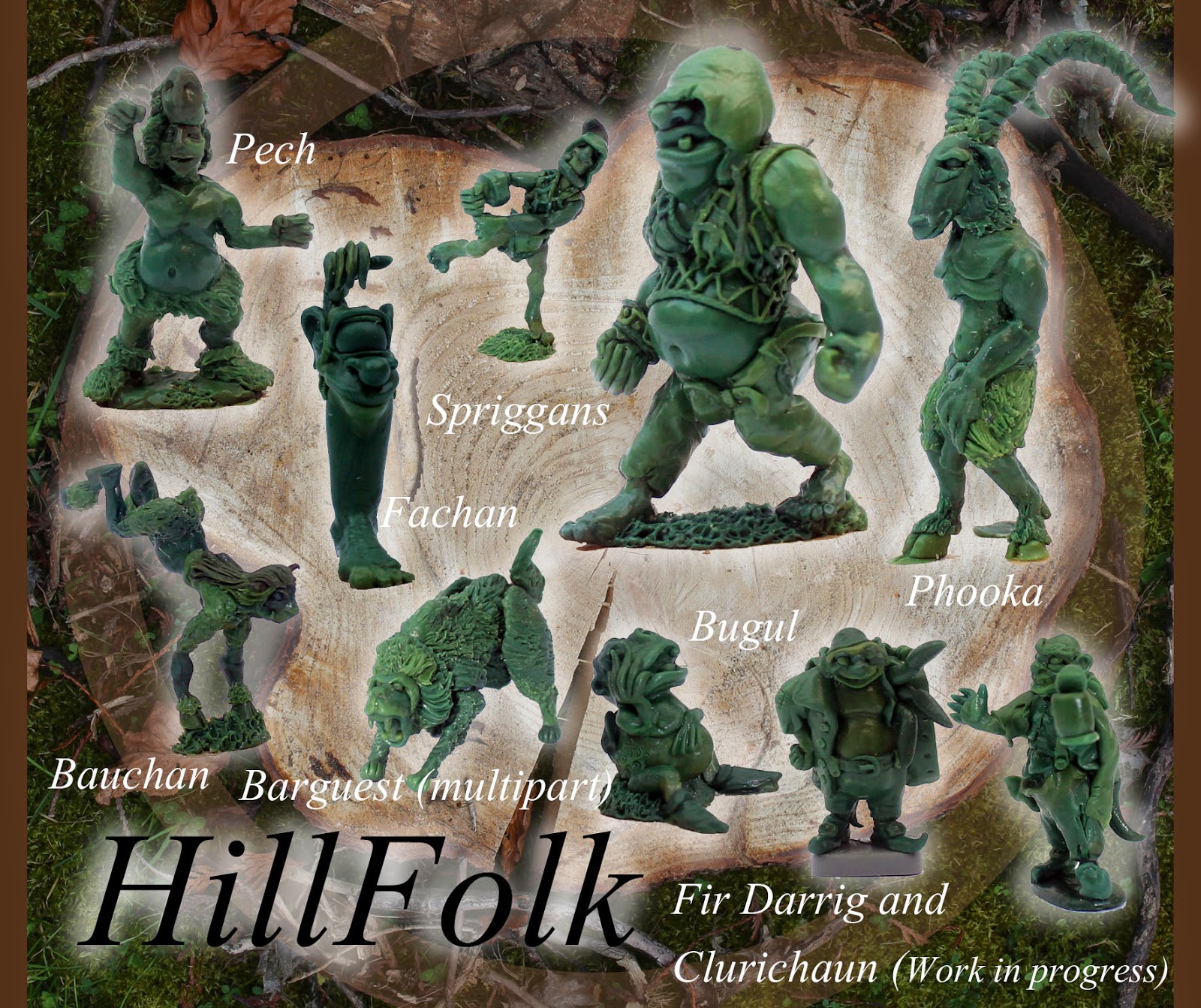 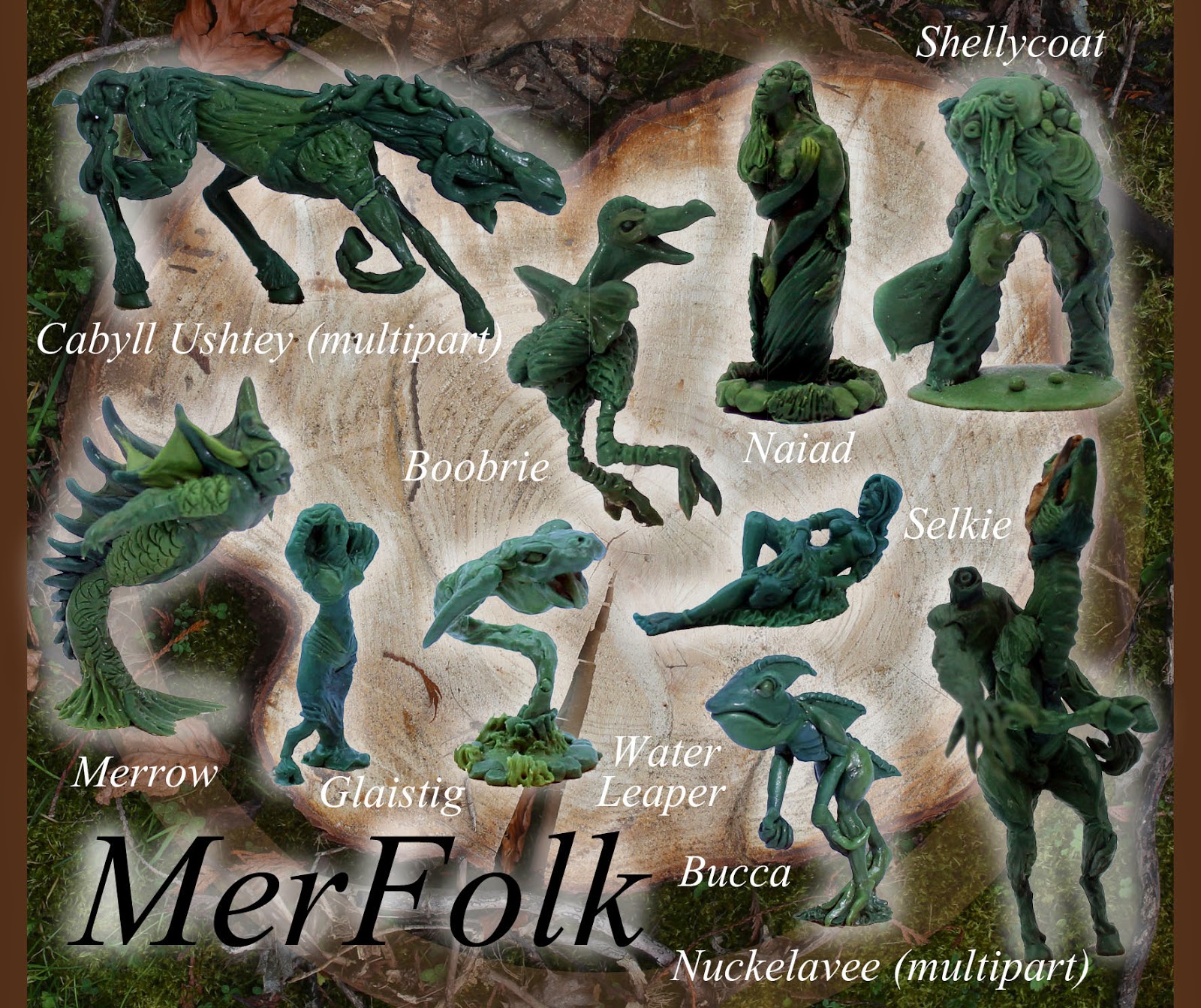 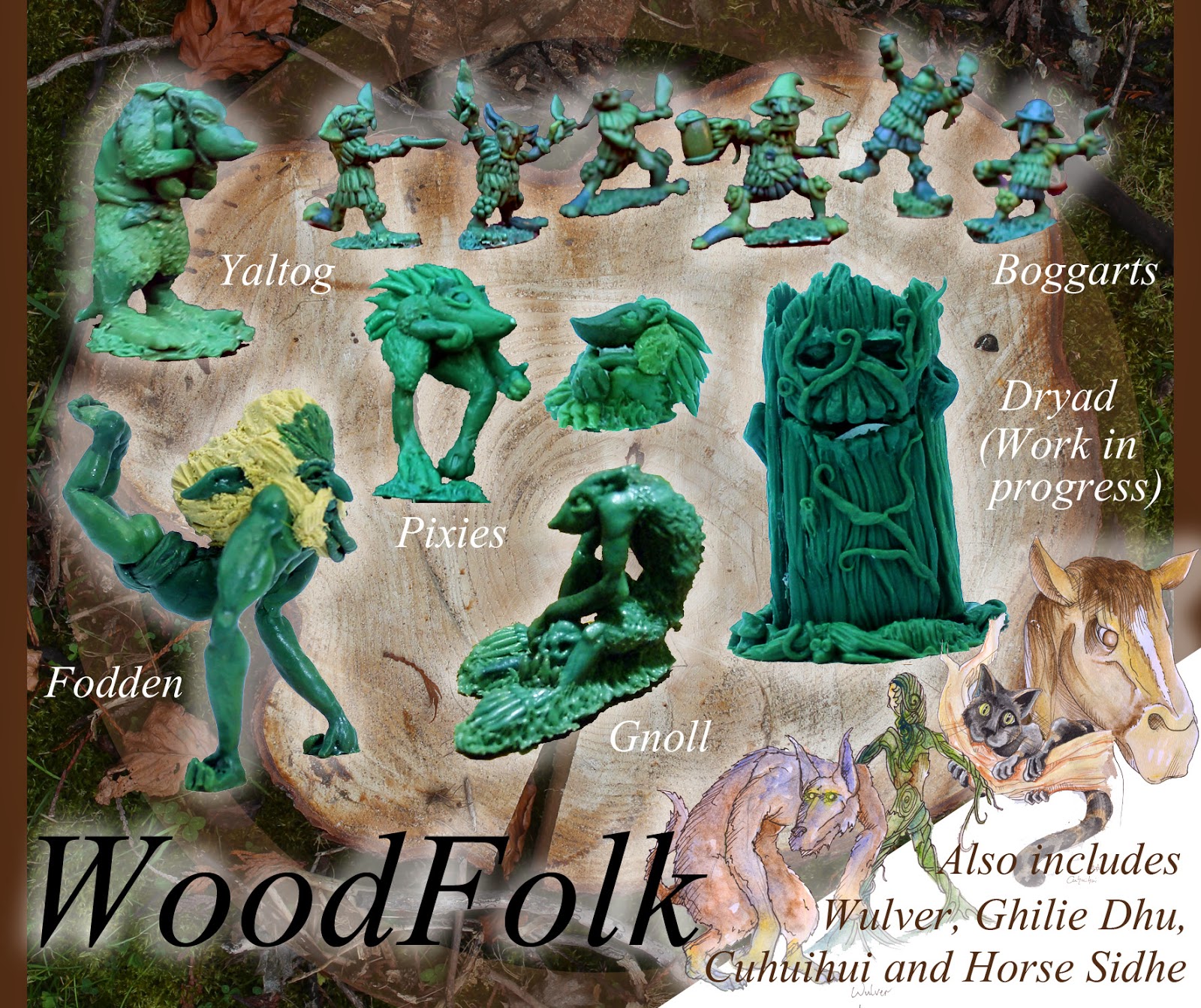 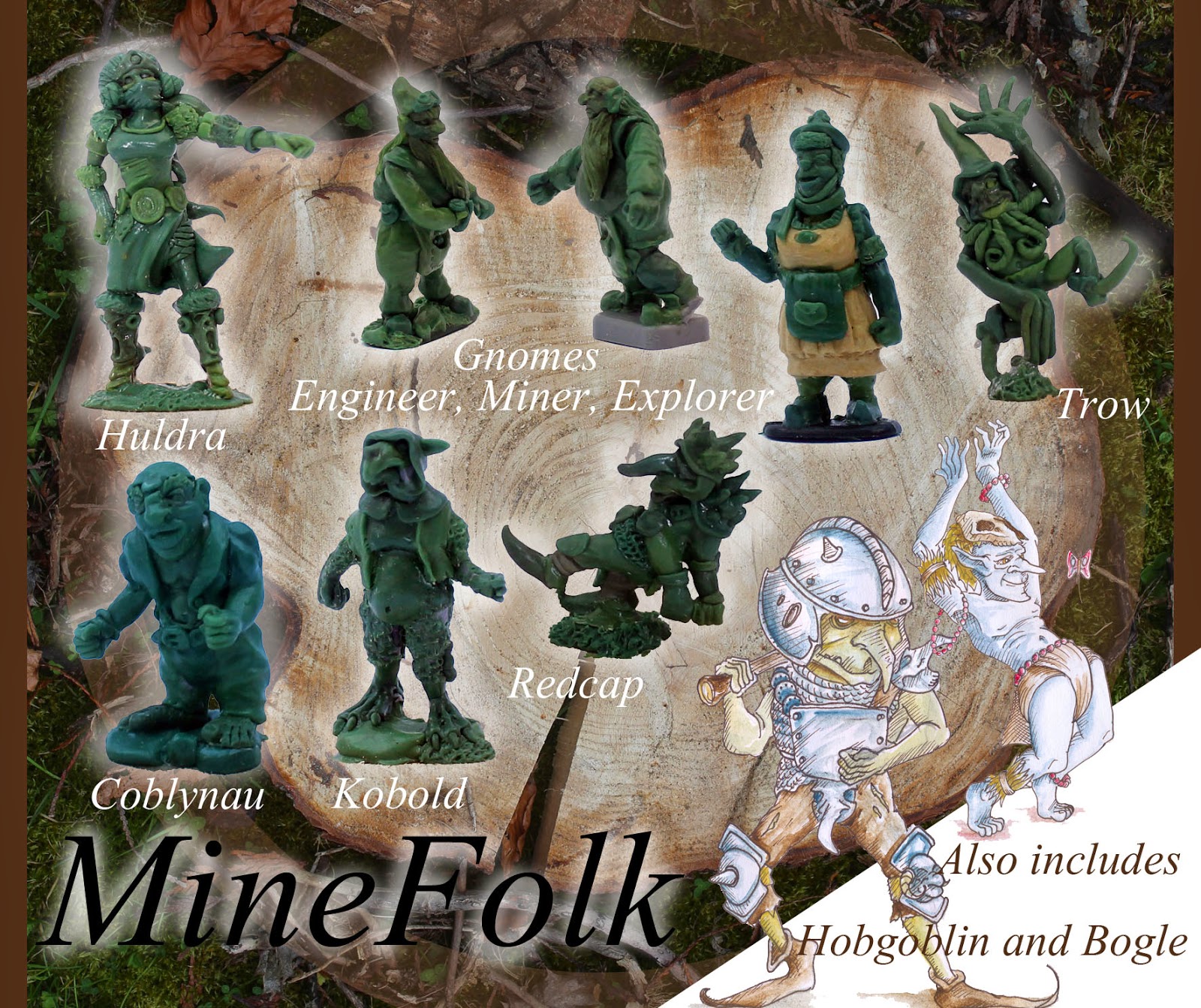 Finally The Woods Kickstarter is nearly ready to launch... now I'm sure there are more things to iron out than I'm aware of so far but the plan is to start the campaign on Thursday. Here's the first pic of one of the sets that will be up for grabs: 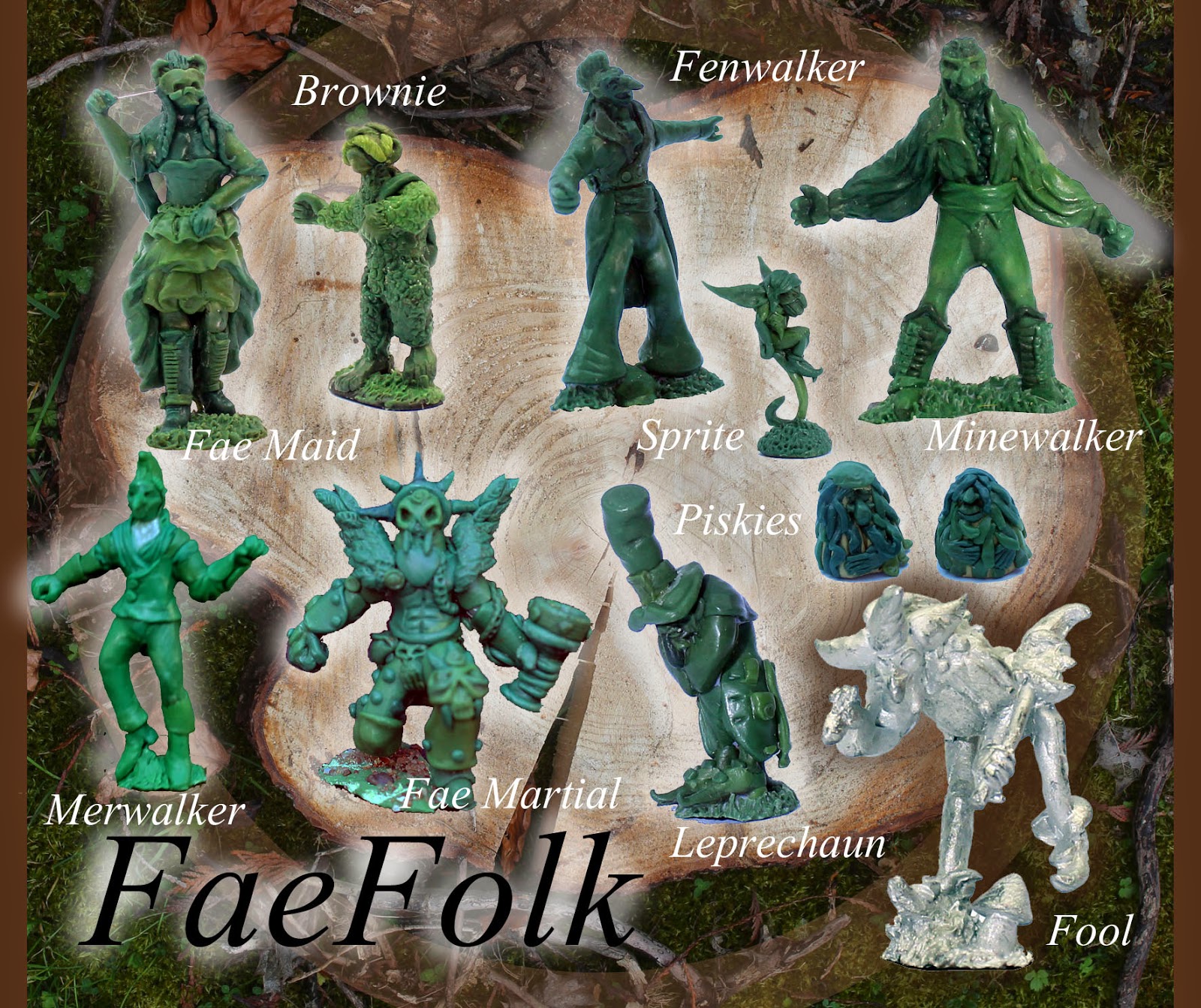