My gaming company, Oakbound Games, have been offered a license we're very excited about. But before we start developing we'd like to know how many other people are excited about it!

If you have a moment to see what we're up to please head over to This Survey and fill it in. If it floats your boat, or that of anyone else you know, please pass it on! But please be a bit discreet, we need to be a bit secretive about this until we're ready to declare the release!

Peter of Lead Rising has kindly nominated me for a Liebster...

I've just moved onto a narrowboat (yes, there is a 6x4 gaming table... photos will follow soon)
Over the last 6 years I've spent 2 modelmaking in Germany.
I like Ales.
I've got a board game out, it's called Tripods, you can buy it here: Oakbound Games
This month I am mostly making 60's style martian rayguns for this film: Until the Day Breaks
I got my first ever 70+ essay grade last term.
My favourite book is Gormenghast by Mervyn Peake.
Favourite colour- dark green.
When I was growing up my favourite spot was a bench in the church graveyard.
I don't like bananas.
I'm sincerely hoping Larry Hama will get back to me about licensing Bucky O'Hare for a miniatures game.

Ok, answers:
Now 11 nominations... well, actually, I kinda used up the gaming blogs I'm following on the last one so here are a few, not 11, unrelated blogs but blogs I enjoy:

Brian (and Wendy) Froud a huge influence, especially through the Dark Crystal, as you can probably tell from my sculpts...
Me ol' mucker and former housemate Roddy, of all things Lovecraftian fame.
Flo Boyd an old friend and talented illustrator.
Raffaele Marinetti who posts a lot of comic book characters, but occasionally a tasty fantasy piece. Tasty is the word really!
Vegetarianism for Carnivores some advice for meat-free meals that aren't just reproductions of meat meals with the main ingredient left out!
Thought and Reflections of my fellow minister chap Mike Shaw, I won't call him liberal (he might hit me!) but he's at the least clear-minded and critical in his thinking.

and last but not least

Solly Solomon a very talented portrait artist, the lady behind the artwork on Tripods and my very better half.

And to reflect the move away from the gaming sphere some loosely gaming-unrelated questions:

1) What did you do this afternoon?
2) What would you have liked to have done this afternoon?
3) Why did you start blogging?
4) What's the nicest email you ever got?
5) If you could meet one person (living or dead) who would it be? And...
6) What would you ask them?
7) Too hot or too cold?
8) Fries or chips?
9) What's your claim to fame?
10) If you could only listen to one album ever again, what would it be?
11) If you were to have a miniature version of yourself sculpted, what would you be doing, what game system (if any) would it be for and who would you get to sculpt it?

Well, there had to be a minis question in there somewhere!

The Myeri Marsh Demons were guarding my stand at the UK Games Expo last weekend... sadly they failed to find the Chaos warband that was awaiting a 3rd ed skirmish with them, but they'll be out marauding again soon enough! 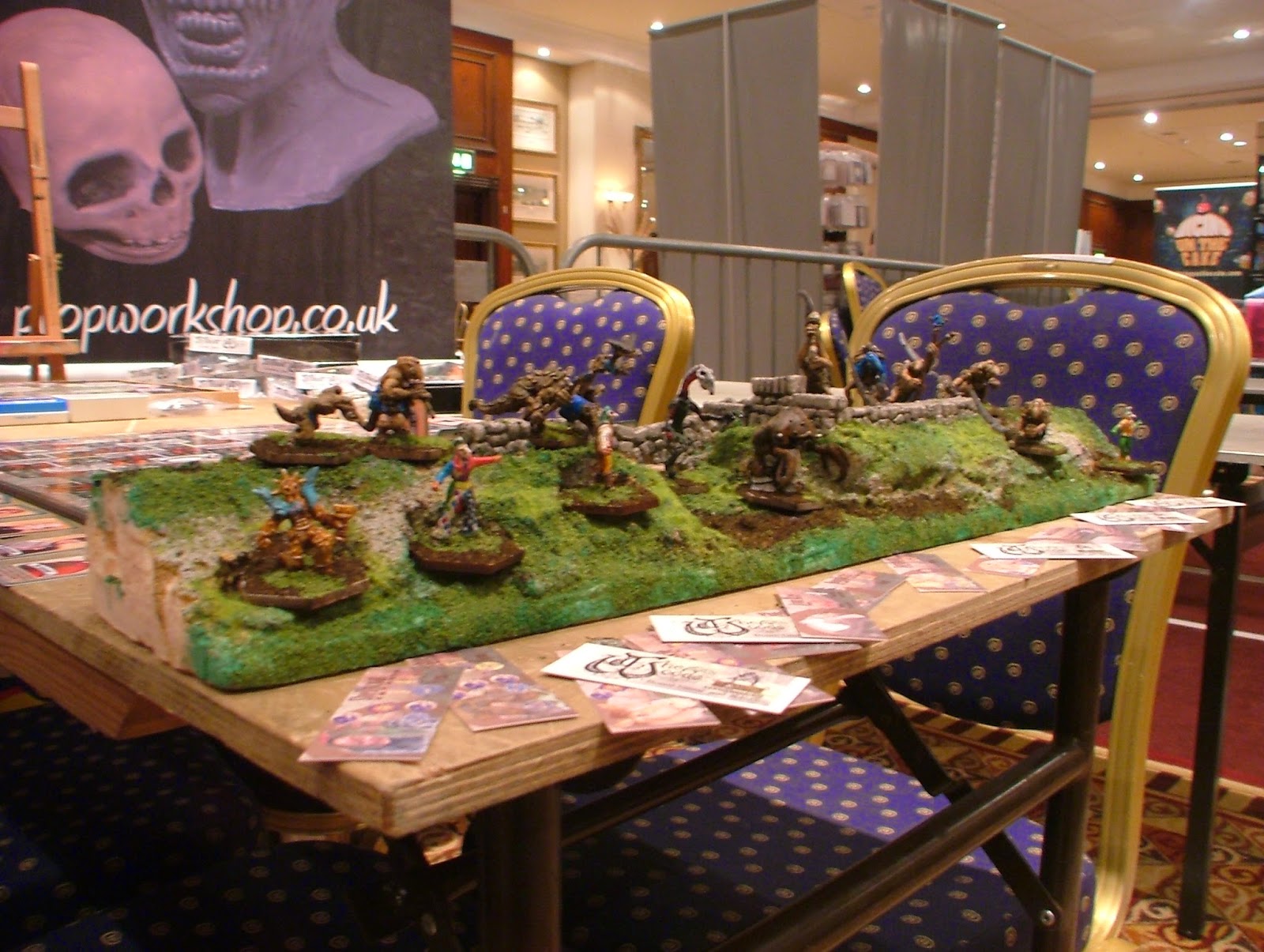 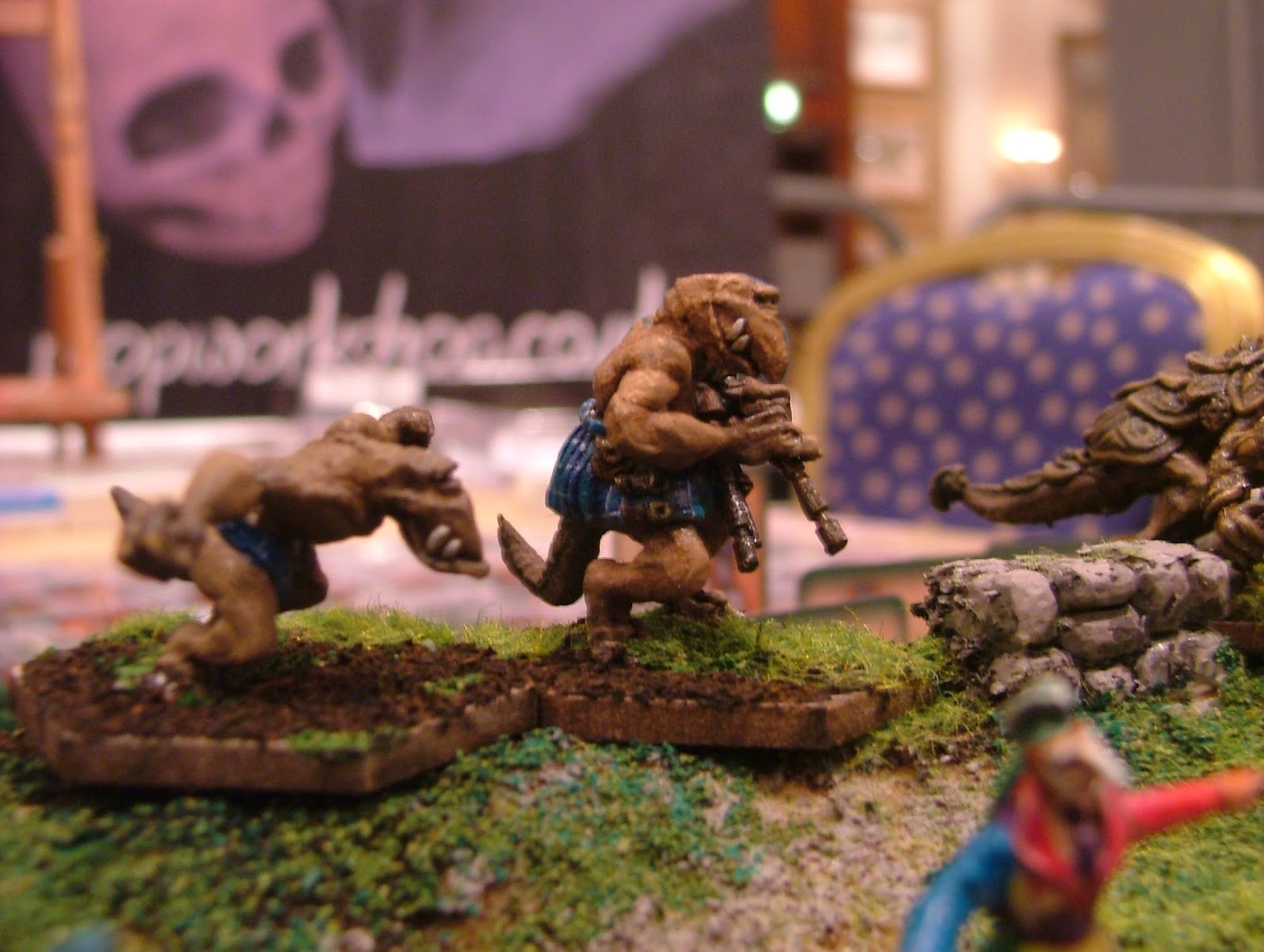 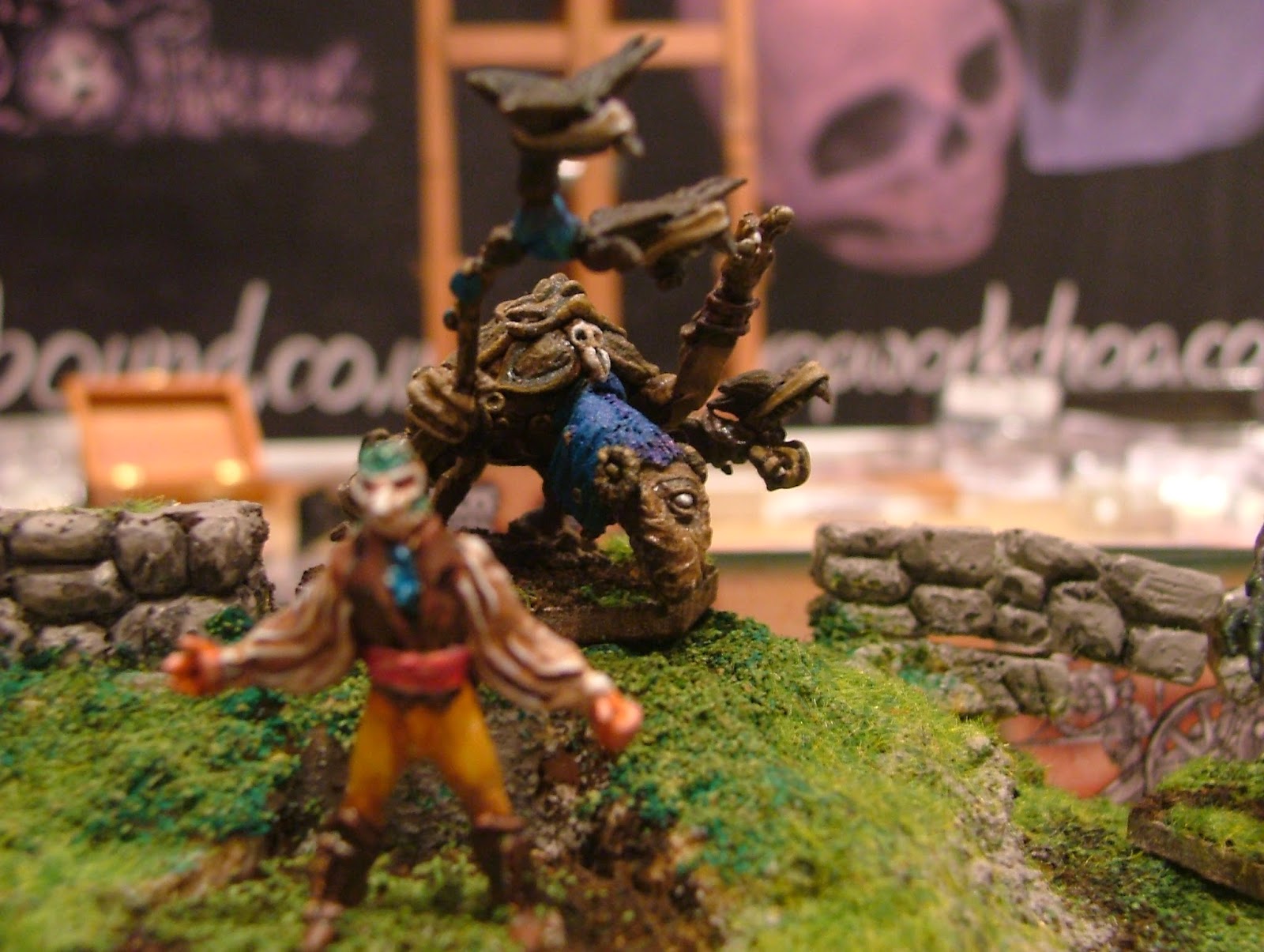 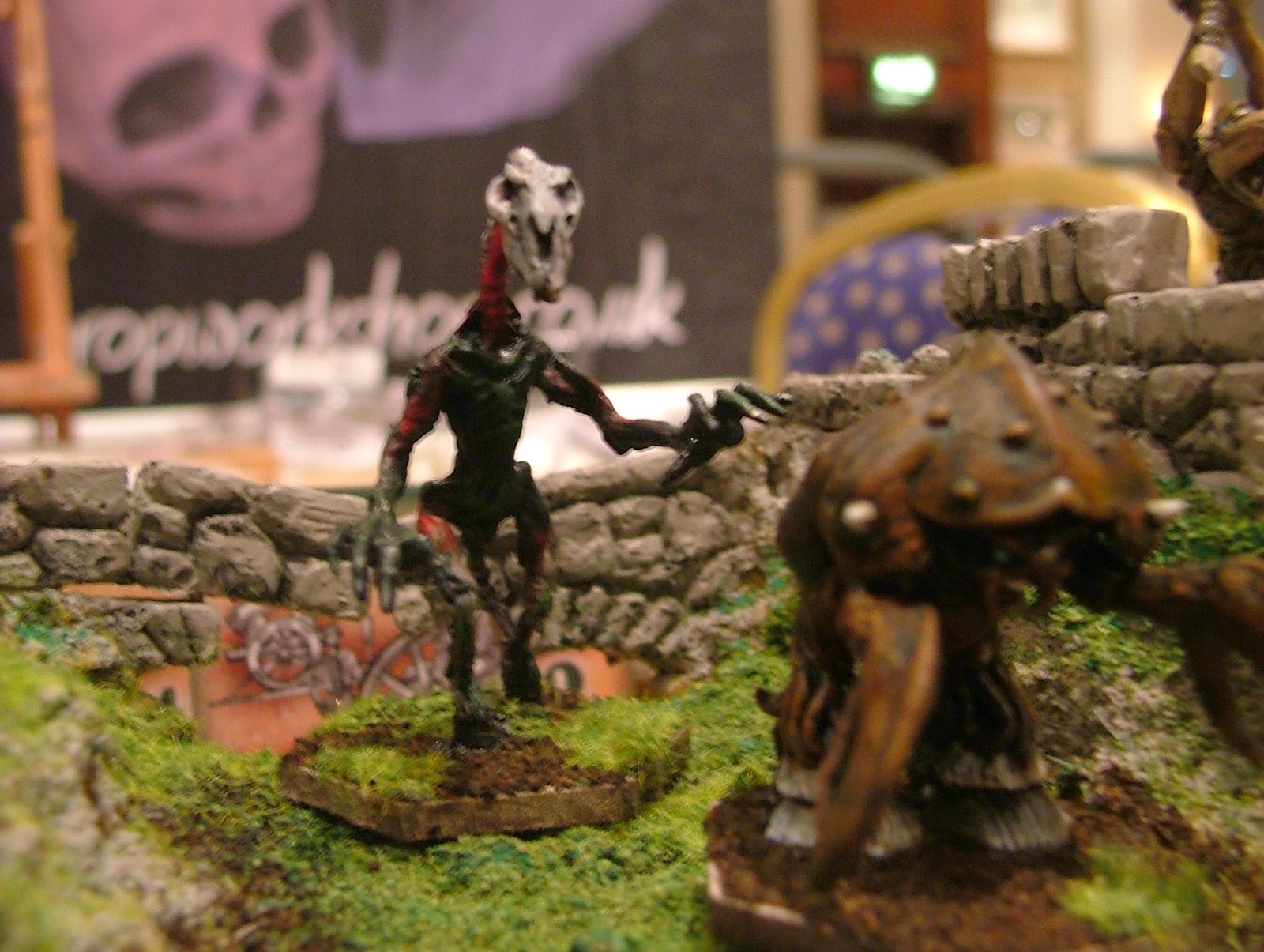 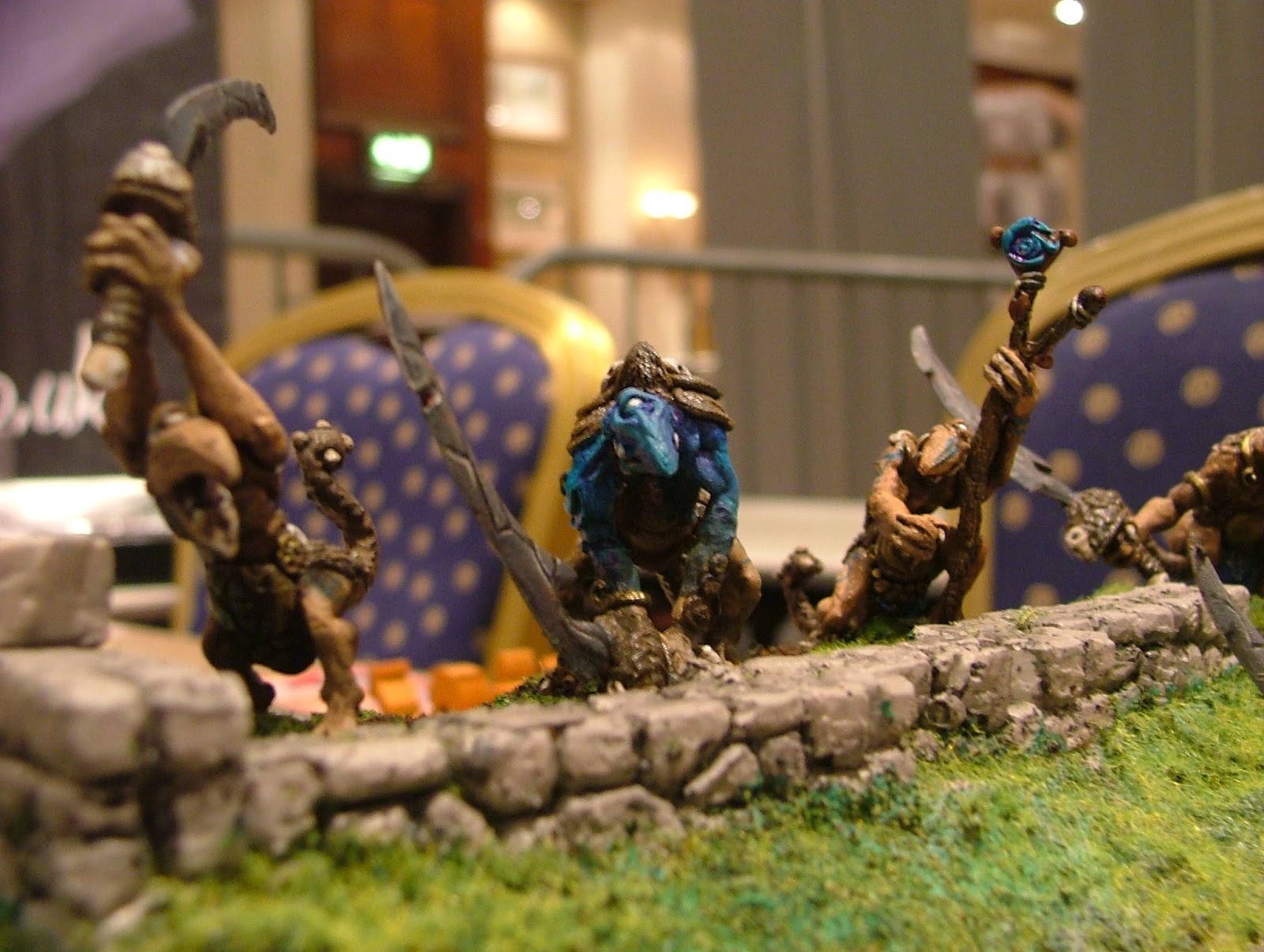 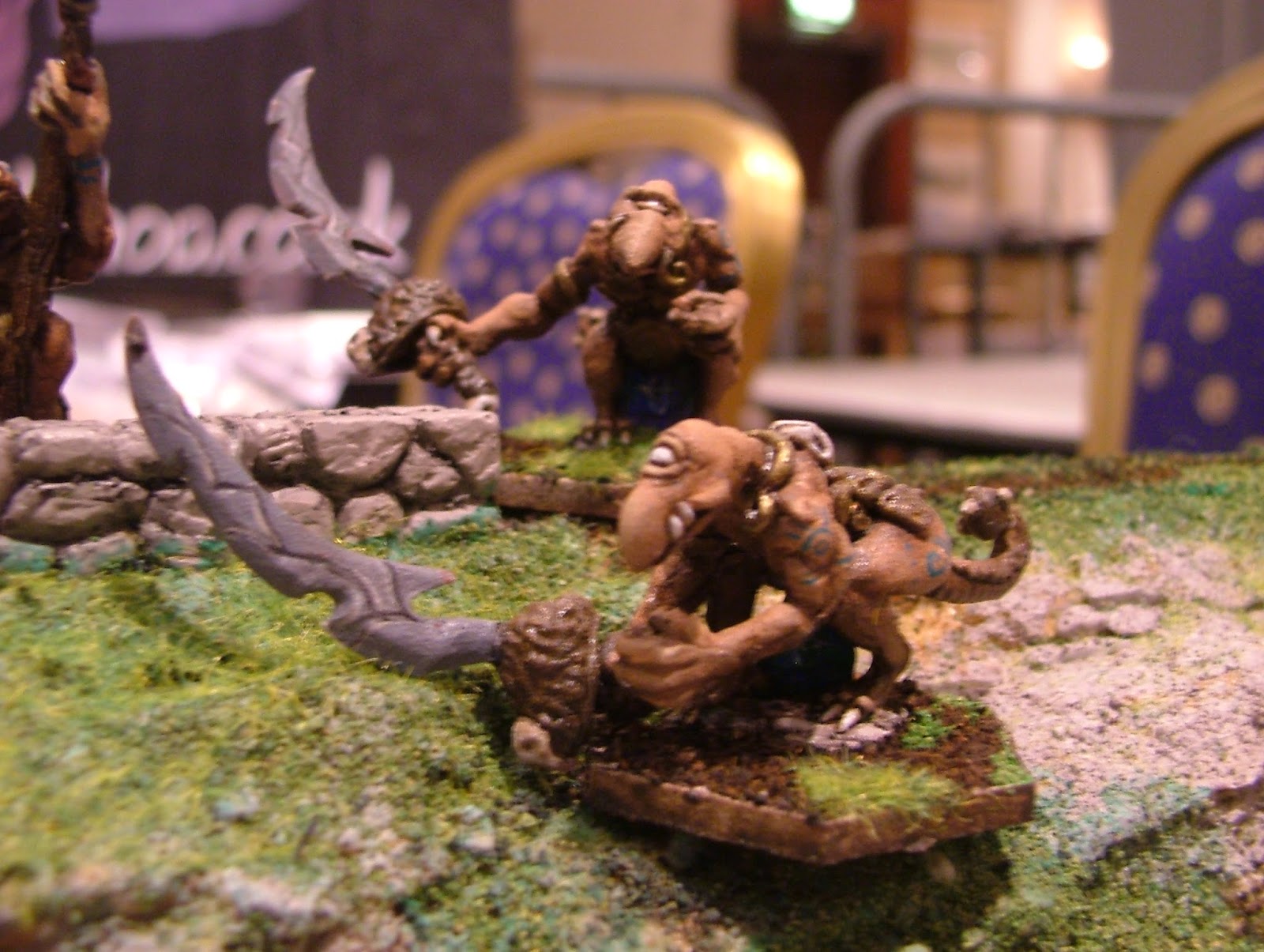