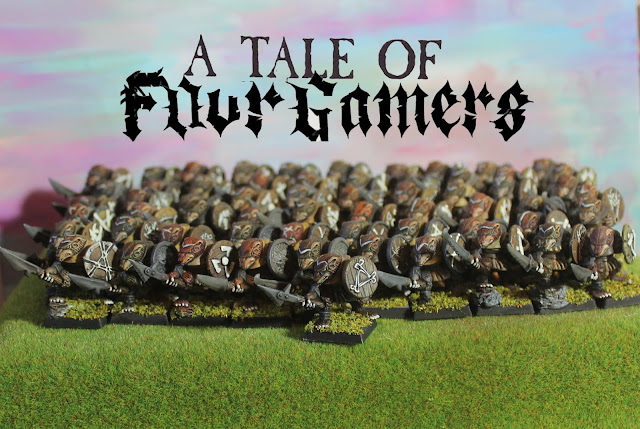 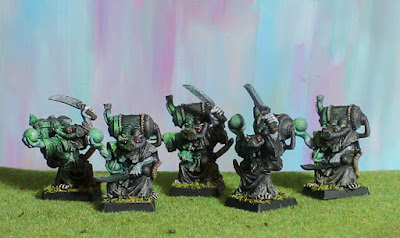 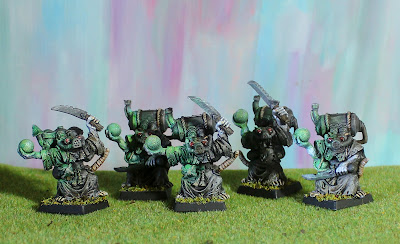 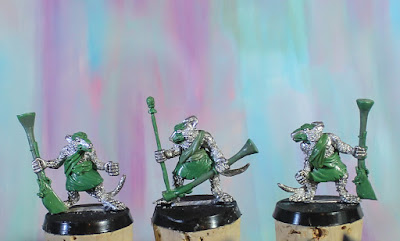 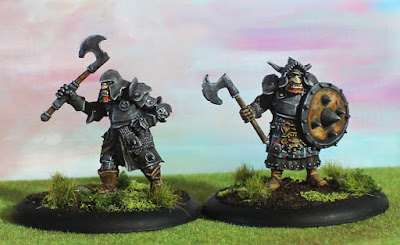 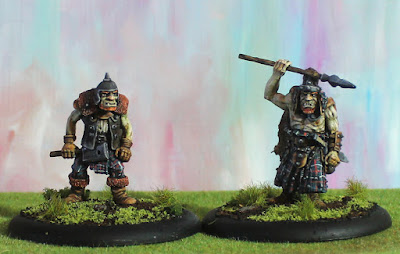 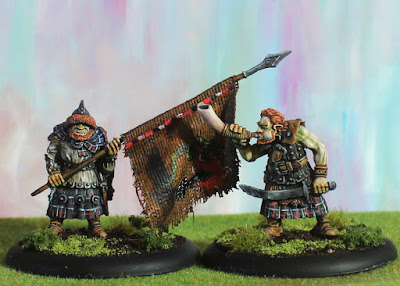 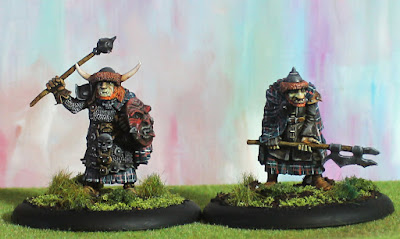 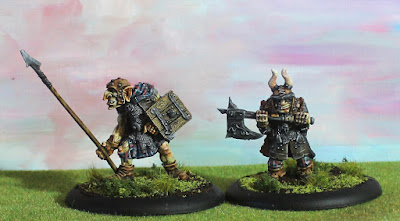 Ever since its first appearance in White Dwarf, A Tale of Four Gamers has been a much-adopted challenge. The premise is simple. Four gamers agree to simultaneously attempt to build an army over an agreed period of time and then pit the four armies against one another in the forum of their choosing. Having watched with interest a number of fellow Oldhammerers giving it a go in previous years I was keen to get in on the action this time around. There are at least four half-formed armies in my painting queue, so it would be good to get motivated to paint at least one of them in the coming year. After a few flagons of ale on Saturday night at BOYL it didn't take too much to convince Richard, Dave (Snickit's Tail) and Erny (Erny's Place) to join me. We agreed on 2000pt 3rd Edition Armies (picked from the Warhammer Armies lists) with 500pts to be done every month starting from now. So that's the major logistics sorted, now what army to choose?

I had a reasonable idea what my three co-builders would be working on, and there's no fear of doubling up. I've pretty much done my Undead horde (with only chariots left to paint up) so that one's in the can. I won't let on what the other two are planning, but it sounds like it will be a lot of fun! My pick of themes comes down to Chaos, Halflings, Snotlings and Skaven. My Chaos troops are currently involved in a half-stalled Path To Glory warbands campaign, so I don't want to break that up taking units out. Besides, I don't really have enough for 2000 points. Snotlings and Halflings are a lot of fun, but they don't fit well with any lists in the Armies book unless proxying. Skaven it is then. I've been wanting to get onto these chaps for a good long time and helpfully I just received a parcel of ratty goodies from Rochie which will form the basis of a goodly 2000pts. To work! 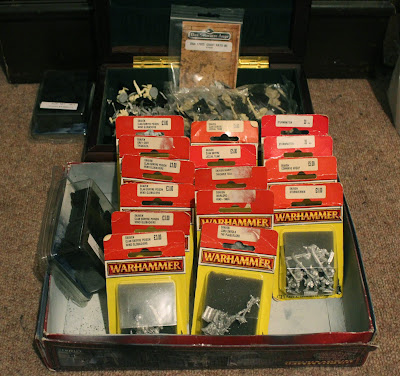 Here's what I have to work with then. In time-honoured tradition I am going to build a list based on what I have and what I like rather than any strategic goals, but I have been consulting two handy references. The first is the original Tale of Four Gamers, in which Roy Barber's skaven seemed to face nothing but defeat after defeat. This was in the era of 4th Edition, so the skaven lists looked quite different, but his learning to use the furry ones on the table was still good experience to read about. The second is the great tome on skaven itself, Andy Chambers run down of his own army. The photos of which inspired many a ratman player and have recently resurfaced as Andy took 'modern' photos shining ever more light upon his fabled horde.

Studying these works, that stack of blisters and lead and Warhammer Armies I drew up my list to work from:

58 Clanrats with spears and shields

My original plan was to use AHQ skaven for my Storm Vermin, since they're big and have large weapons and shields, and use Storm Vermin for my Black Skaven. However I have over 60 AHQ skaven, so I decided to put them to good use as my Clanrat unit instead. I have a few of the Fantasy Regiments skaven which will be pressed into service as Skavenslaves, then I plan to do massed slaves on the cheap (well, cheap compare to eBay prices anyway) by sculpting these 'dollies', getting them cast up and then converting them, adding heads, clothing and weapons to give myself a decent horde of mixed slaves.

Rochie's box contained most of the 'special' elements (jezzails, warpfire-throwers, poisoned wind globes), leaving me with some giant rats and a single rat ogre to find. Ral Partha Europe's Giant Rats are great, if a bit smaller than the classic GW sculpts- I might need to use more than 1 per base. That's those sorted. So really just the rat ogre and a few character sculpts I like the look of to source.

So what's the first month going to be?

I'd like to get the Clanrats out of the way, so I'm going to tackle that big unit first. They're the most regimented, being all in the same pose, so will probably be the most dull to paint. But that's counterbalanced by the fact I really like the sculpts (yeah yeah, I know) and given that Andy Chambers built big units from them they'll be a good subject to test my paint scheme on. 58 is only 389 points, so that leaves me with 111 points left to paint. I can't do the Skavenslaves as they aren't sculpted yet (and doing two big units would make my head hurt and my brushes fall apart!) so I'm going for the Poisoned Wind Globadiers at 130pts, making my September efforts 509pts total. Ok. To the painting station!