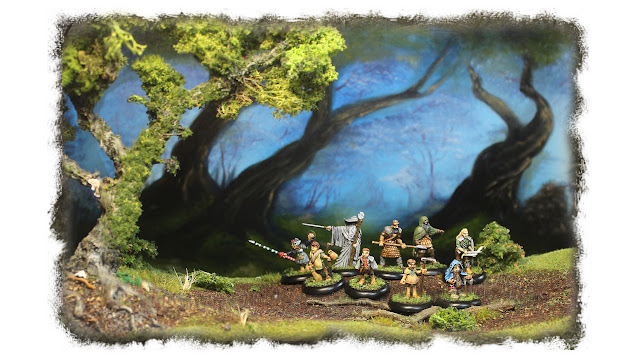 One of the good things that happened in 2020 was getting a bit of time and motivation to sculpt along with Rob Inglis reading Lord of the Rings. I know I am not alone in having Tolkien to thank for the considerable proportion of my life currently spent in worlds of fantasy! I also suspect I am not alone in having my image of Middle Earth cemented by listening to the BBC radio play and looking at the art of Alan Lee. The pictures that play in my head as I read or listen aren't well represented by the films (about which the less said the better) and as a result there aren't that many miniatures that capture them either, so I thought I would have a go myself. Last week I got to spend some time painting them whilst listening to the radio play which was a very pleasant experience. 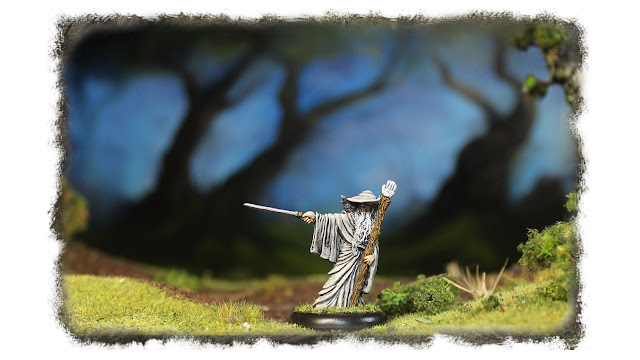 Gandalf is the archetypal wizard right? The way I see Gandalf isn't actually based on an illustration of Mithrandir himself but on an Alan painting of Odin, and I have taken this quite closely as my inspiration. Because it's not an official Gandalf figure I have had to make some changes, he has a raven familiar and a hand on top of his staff (nods to the Odin/Wothan myth) and represents Weithand the Wise from the Mythic Heroes Woods supplement. 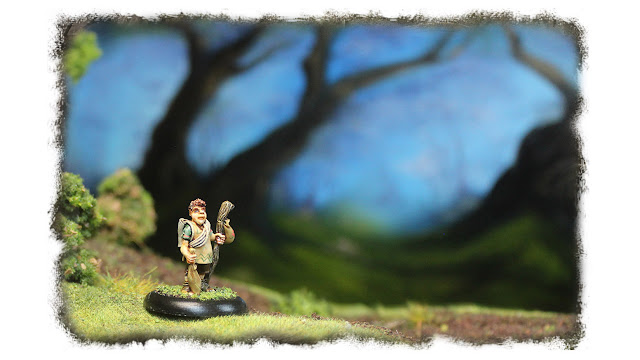 Hobbits/halflings tend to be represented in miniature as fat, with short legs and big heads. There are some good reasons for this. One is that it's hard to make slender models that are very small and also detailed, another is that they have been interpreted as comical characters in many derivative versions of Tolkien's world. My own picture of Hobbits is based very firmly on Alan Lee's illustrations from The Hobbit- paunched but not 'fat' and with quite slender, proportionally long legs. I have tried to do similar. The result is that they are a bit taller than many manufacturers' halflings whilst still shorter than a regular 28mm human. Not entirely to scale as I envisage them but the best I could get them and still have them cast ok. 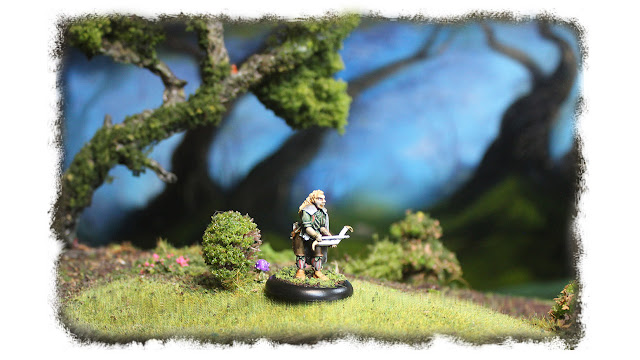 Legolas is a wood elf, a type which has now become fixed in high fantasy terms but which has largely centred around the elves of Lorien rather than Mirkwood. My elf bowman is also based on an Alan Lee drawing, this time one of the Tuatha de Danaan which features in the Faeries book. He's rather more wild-looking, not so clean and refined as a 'regular' silvan elf. After all in The Hobbit the elves of Thranduil's court get up to some trickery not befitting of the elegant elves of the Golden Wood. 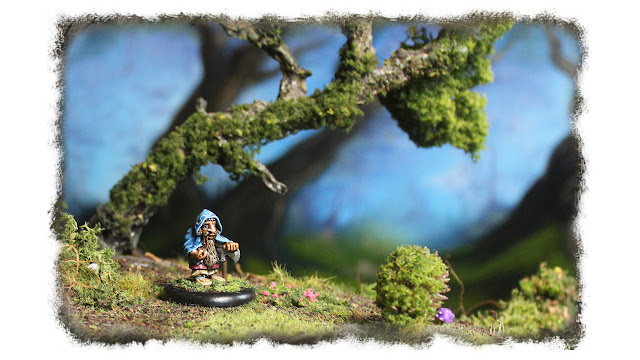 For dwarfs/dwarves the image in my head is wonderfully captured by Paul Bonner's illustrations. Kind of Scandinavian with their cloaks, moccasin-like boots and beards. He's smoking a pipe, of course. 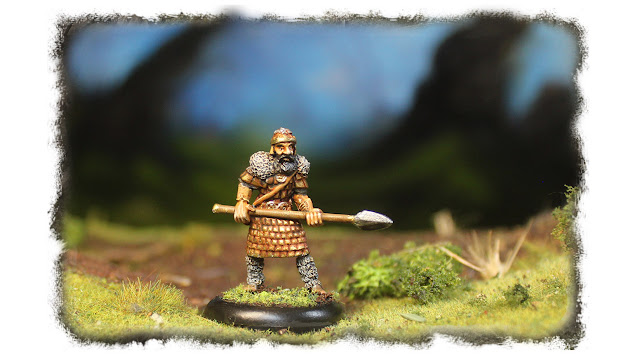 In my head Boromir is dark-haired with a beard. Not a bushy one like in Bakshi's film (so much right with that movie, so much wrong with his viking Boromir!) but a groomed black affair. The armour of my bold warrior is based on the illustrations of Charles Keeping in an illustrated version of Beowulf my English teacher in primary school gave me. I still have it and it still has pride of place on the bookshelf! He's armed with a spear, a much more practical weapon and trvael-aid.
So there we are. My kind-of fellowship for my dark age fantasy world. If anyone is interested in picking up a copy The Grey Company will be on Kickstarter at the beginning of February: https://www.kickstarter.com/projects/oakbound/the-grey-company 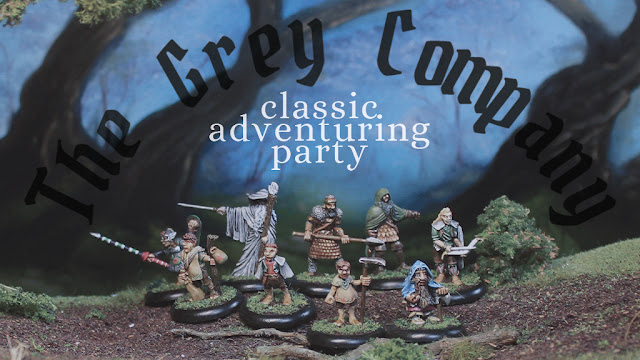 Email ThisBlogThis!Share to TwitterShare to FacebookShare to Pinterest
Labels: Kickstarter, Lord of the Rings, miniatures, painting, sculpting, The Woods

Today's the day! After weeks (seems like months) of building the fresh, improved Oakbound.co.uk is ready to go. 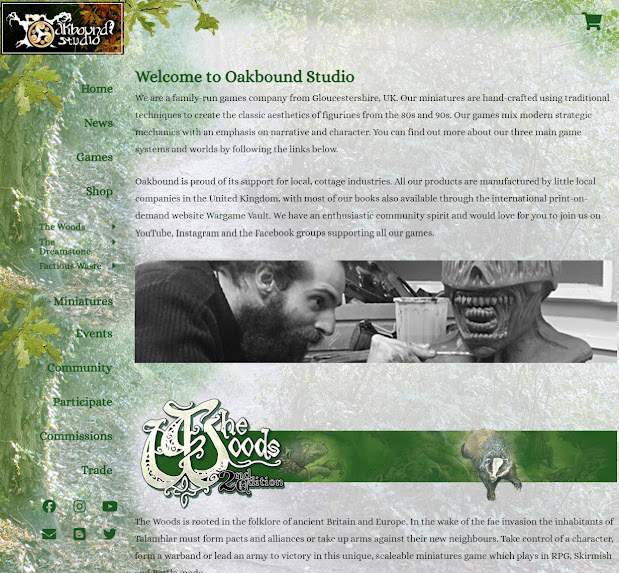 I hope you like what we've done with the place. If you'd like a guided tour we'll be walking through the various pages and admiring the view on the YouTube channel this afternoon.

One of the new features is our monthly newsletter which will contain updates on releases, upcoming Kickstarters and exckusive content for The Woods, Factious Waste and The Dreamstone. If you sign up today then in your first edition of the newsletter you'll receive a special launch-day promo code for the webstore.