Hooray! Today the GamesOrkshop passed it's 10,000th view... thanks everyone who turned up and made it happen! To celebrate, and in commemoration of the 21st joinee (Headnhalf of ilikepaintinglead, welcome) I decided to get all my (painted) Mechanicus out and have a big battle between them and the Fimir... Who will win? 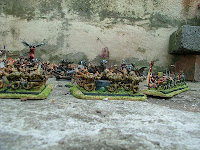 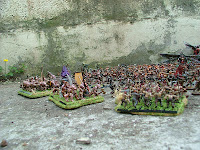 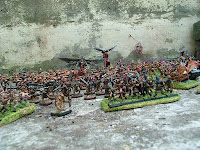 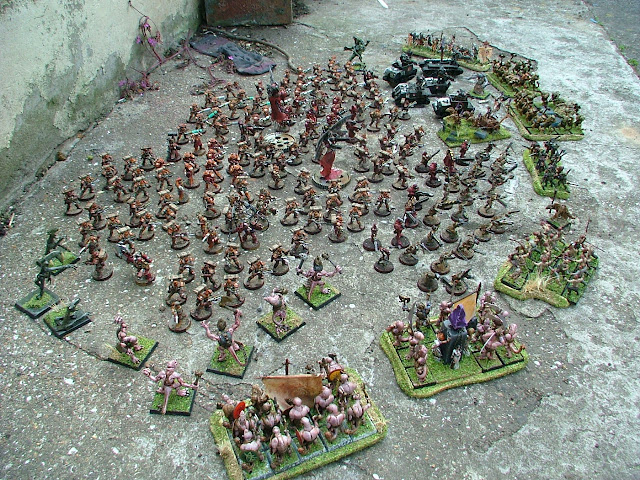 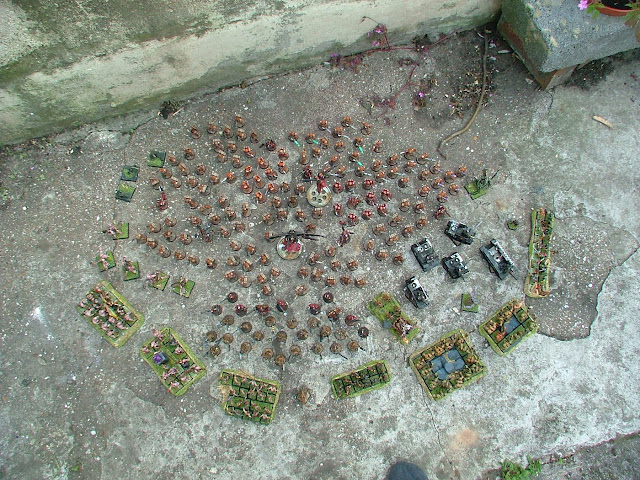 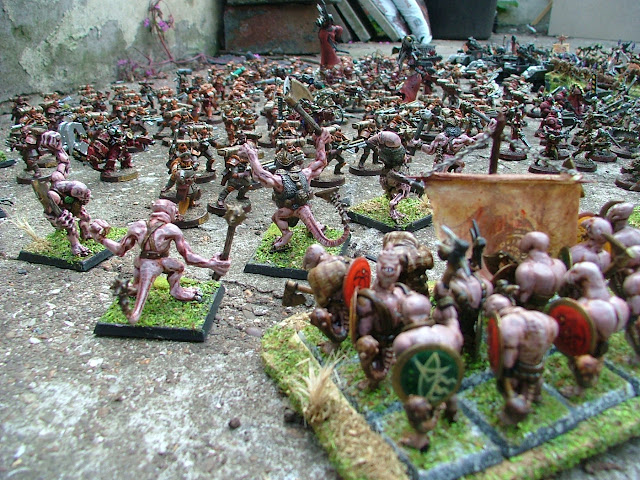 The Fimm and the Mistmor launch their assault on the Mechanicus' right flank. 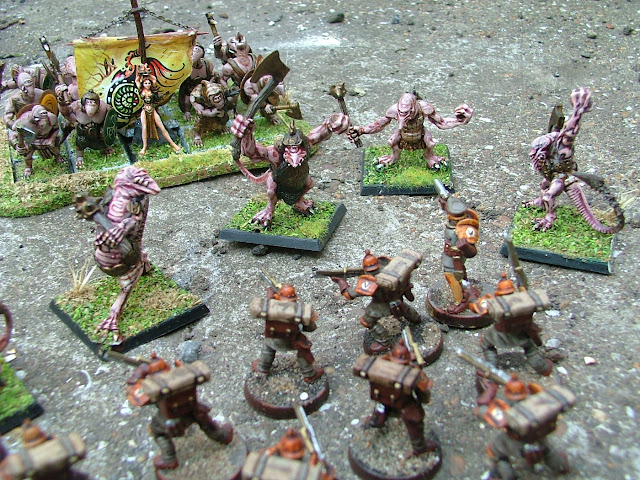 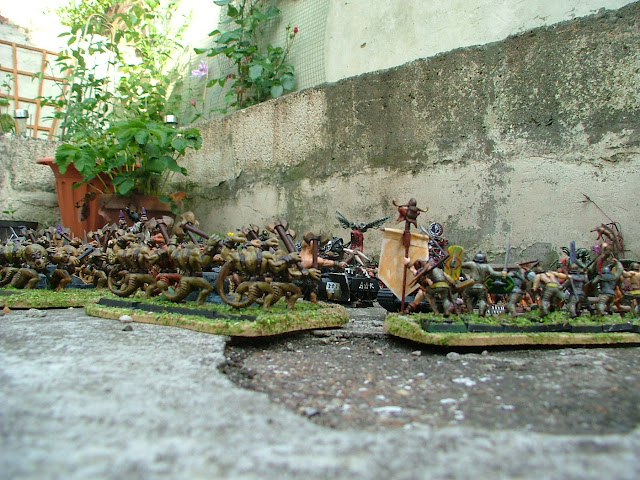 On the left flank the Bansidheia, Tuatha and Shearl , supported by a Jabberwock and Dirach, come up against plasma weapons and Colossi. 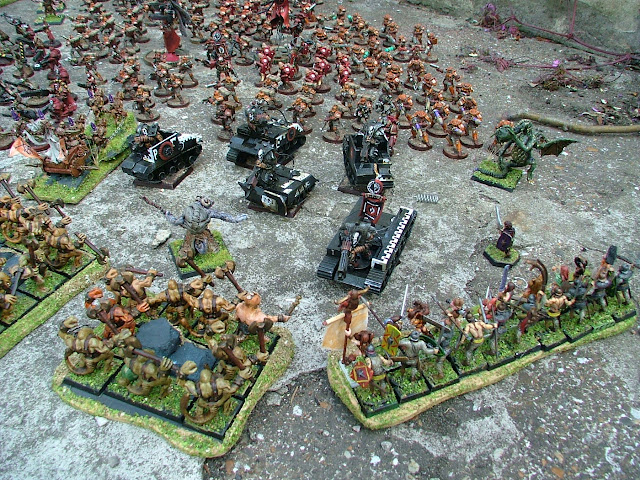 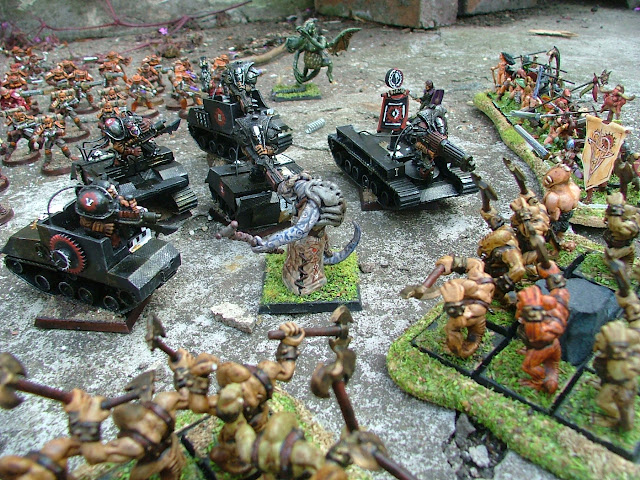 The Dirach's daemonic magic holds off the Colossi... for the moment. 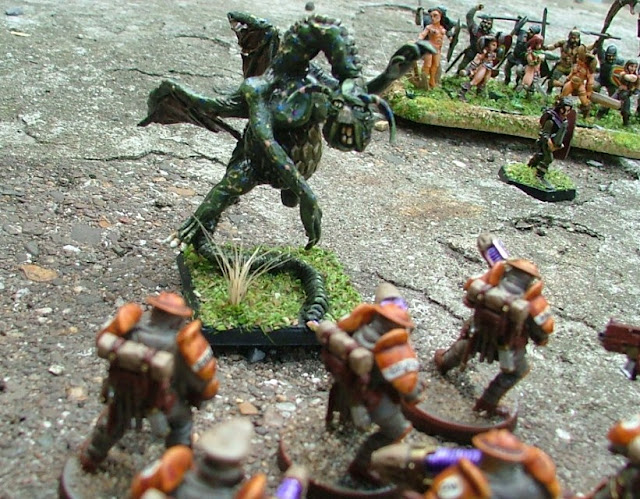 Whilst the ancient plasma weapons of the veteran Skitarri keep the Jabberwock at bay. 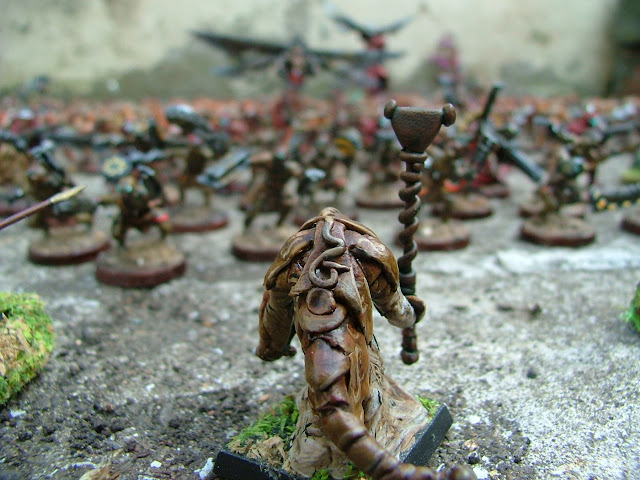 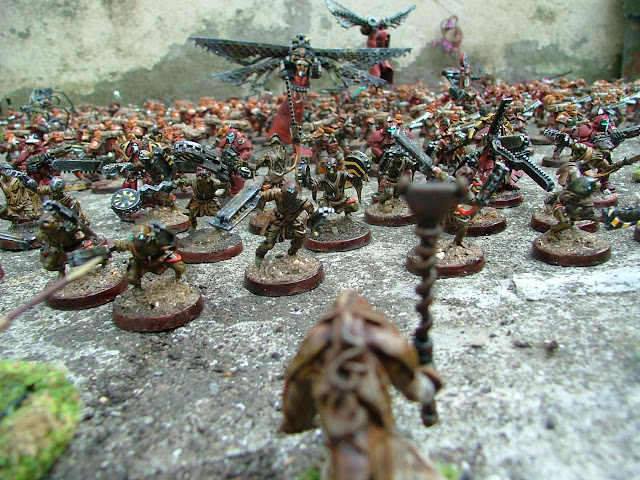 ...against a horde of Interiti! 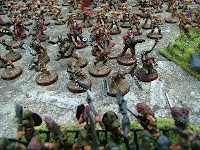 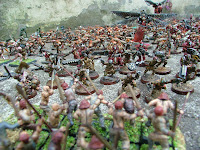 Fimir slavers lead units of Bolg and Tuatha to his defence. 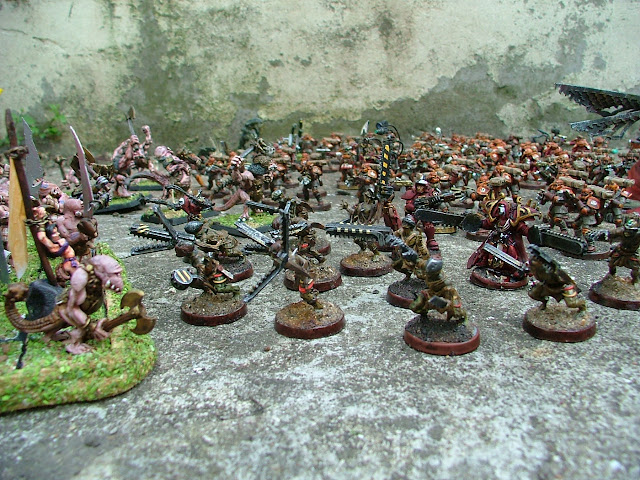 The Fianna Fimm stand resolute against a Servitor Interiti maniple lead by a fearsome Magos and his retinue. 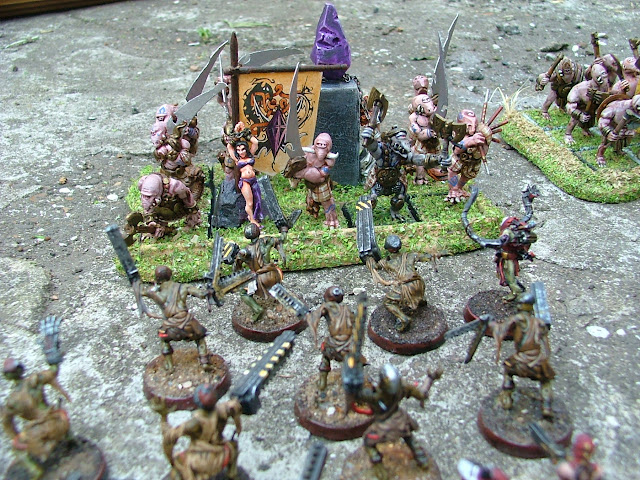 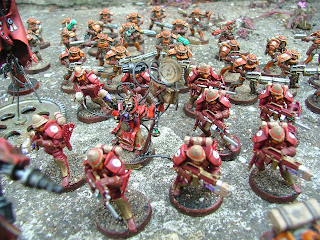 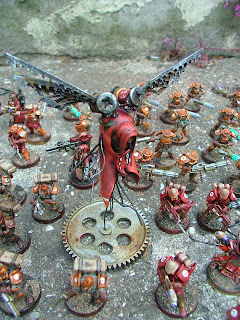 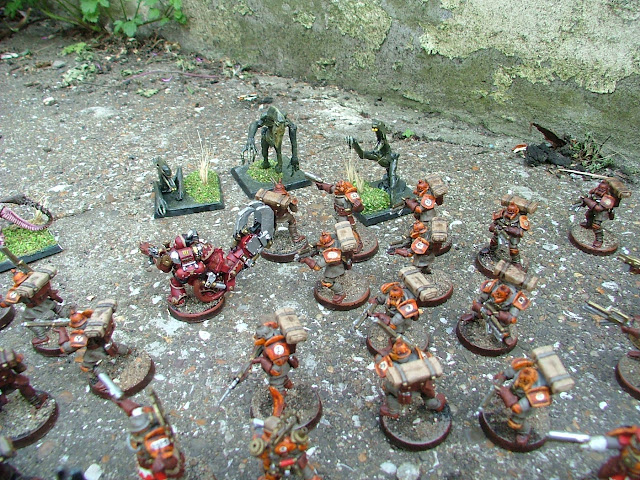 Kelpies appear from the bogs at the rear of the Mechanicus' line. 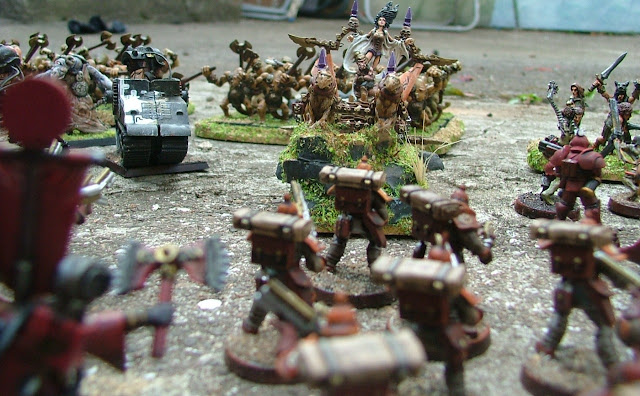 The Marsh Chariot ploughs through the front ranks of the Skitarri. 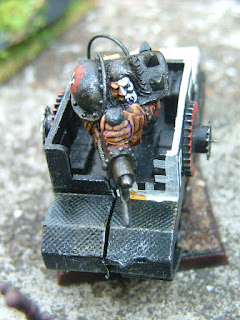 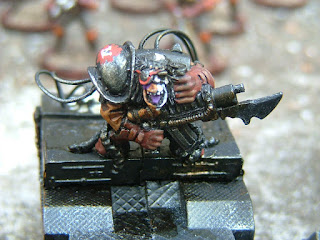 And just because I haven't posted these guys painted here yet... some Colossi- Forge World mining constructs appropriated for military use. 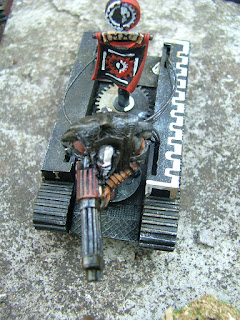