Rise of the machines! 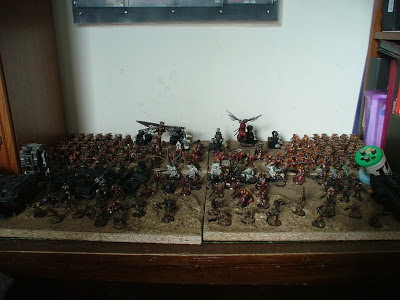 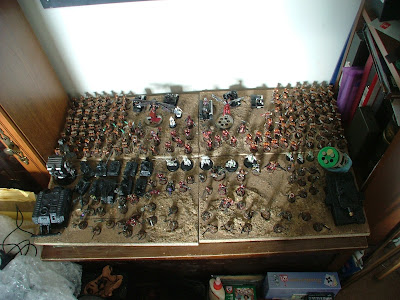 Getting close to having all the units painted for the AdMech now, mainly the Arcotechton and the vehicles to finish off. Here are the most recent additions to the force: 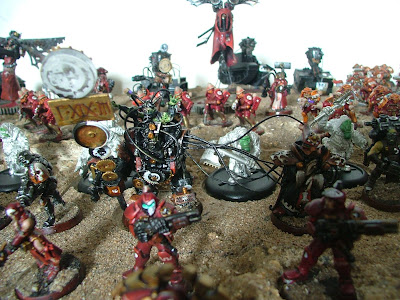 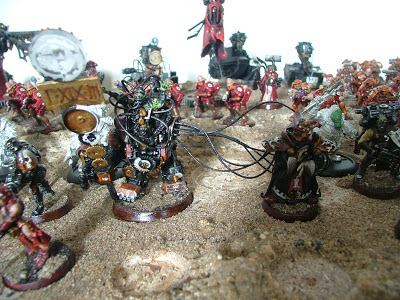 Vexillarius Sepulchrade and his Aurer attendant. The perspex top of the ensign has a green LED set into it  for extra special glowy effect. 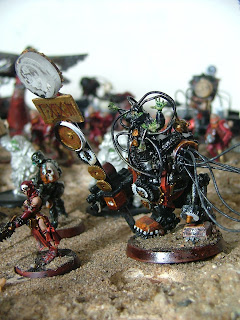 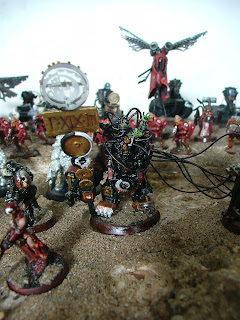 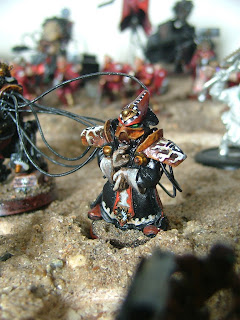 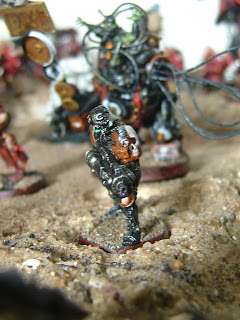 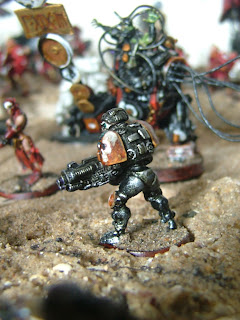 This nice little Warzone figure is counting as Marbo. In the one and only game I have fielded him in he managed to overshoot a squad of biovores with his demolition charge and spectacularly failed to slay a lone Termagant... hmm. 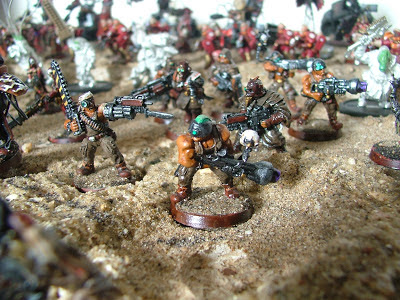 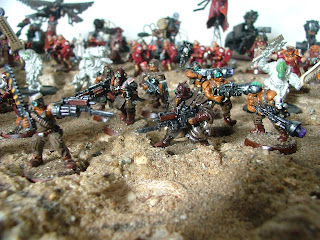 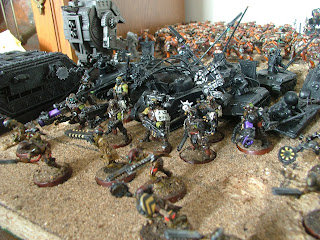 8 servitors for the Enginseers, 4 with servo-arm-type-things and 4 with heavy weapons. Don't know if they'll ever get used but they look pretty.

Rise of the machines!