As I mentioned a long, long time ago, I have a friend who is building a circussy Harlequin Eldar army. His is one of the forces participating in our little campaign and as part of the campaign we are each selecting a small warband for some Inquisitoresque gaming. My matey wants to have a warband formed of Exarchs of each of the Aspects. He already has Warp Spider and Fire Dragon Exarch models but was struggling to find affordable minis for the others.

Now, I happen to have a more modern Harley troupe and a few (nasty) finecast Eldar bits hanging around and I just thought, hey, what if I built Exarchs from the Harlies to reinforce the troupe theme? They're due to be handed over tomorrow, so here are some photos of what I came up with last night, playing around with some bitz and putty. 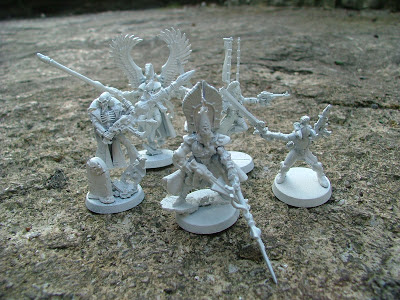 The collected wartroupe of Exarchs 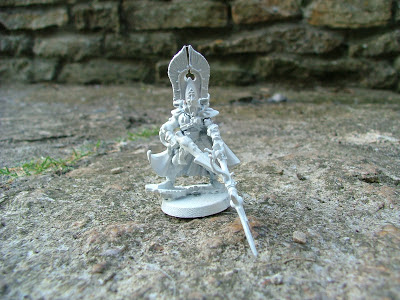 Dire Avengers Exarch built from a finecast Autarch, guardian bitz and the axe of a Phoenix Guard. 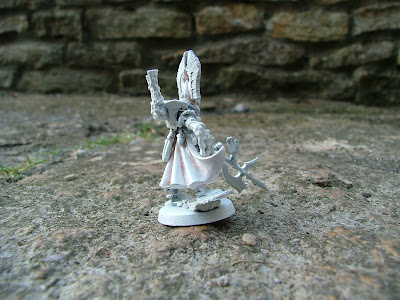 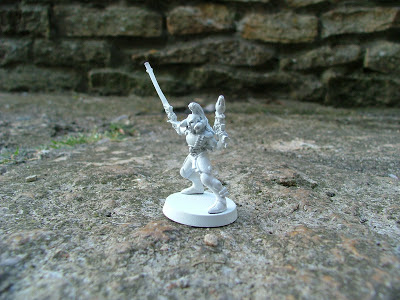 Striking Scorpion- A Harley torso on Guardian legs with mandiblasters built from more Guardian bitz and some putty. 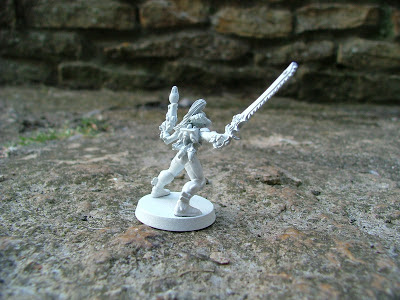 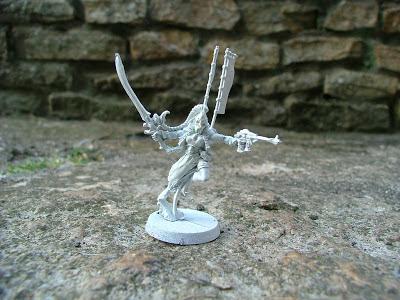 Howling Banshee- Pretty much a standard Harley with a banshee mask and tabard built on and plastic back banners from a samurai set. 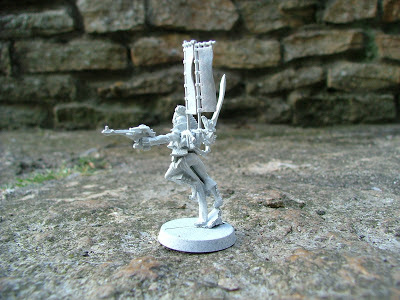 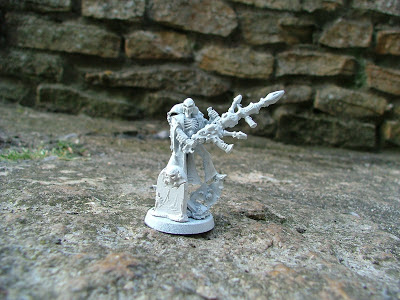 Dark Reaper- Finecast Death Jester with weapon swap and tombstone from an old Skelly sprue. I've built out the helmet into more of a point and added the samurai-style side pieces typical of classic Reapers, but kept them subtle so as not to look cartoony or dominate the figure. 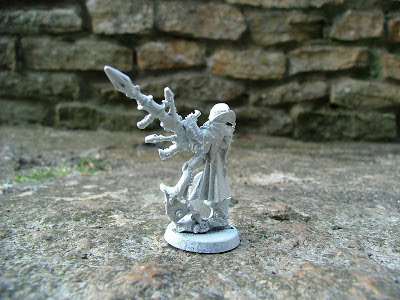 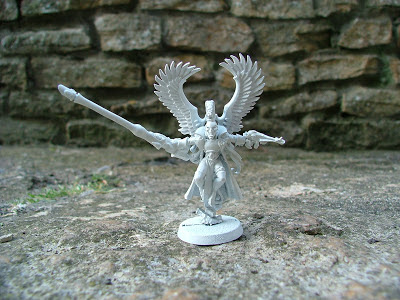 Swooping Hawk- Troupe master with the wings from the Autarch and a lance I had in my bitz bix... is it a shining spear? Not sure. This guy's my favourite, I love how he looks like he's coming in to land. 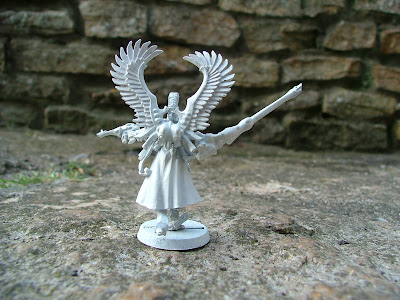