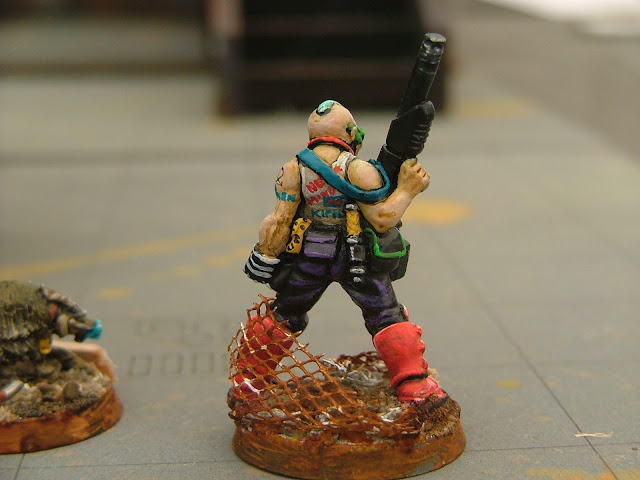 In our second Bring Out Your Lead battle report we go back in time to Saturday morning and forwards in time to 2019 for some neo-noir underhive Rogue Trading. Better be careful or we'll end up lost somewhere in time! The very excellent J.B. Assless not only came across from France but masterminded this follow up to last year's Highlander game in the ruins of Ferrograd. 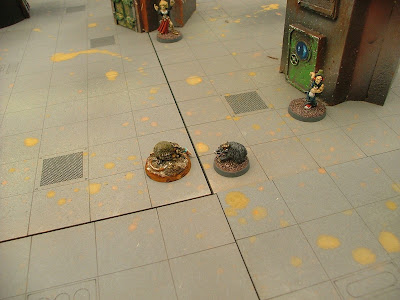 ﻿
﻿
﻿
This was a game of hidden agendas and hidden identity as rival factions tried to out-guess their opponents, find the simulants and fulfil their top secret objectives. But for me? Well I was playing Cyberpunks who were neither covert nor subtle. Our aim? Cause havoc and screw the system as much as possible. 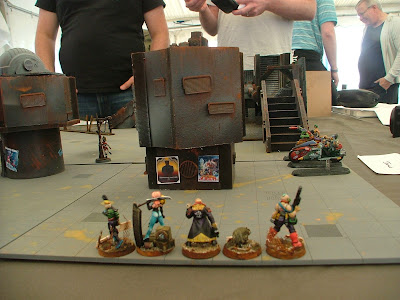 The punks all lined up together, with Mercer, Iran, Toad, Rogue and their pet Cybergoat Braken next to James' fantastic biker gang. Up away on the stairwell were some guys in suits who were obviously far to square to be up to any good. Our first target was clear. Meanwhile the bikers had spotted the fuzz over the other side of the table and were keen to have a crack at the police. 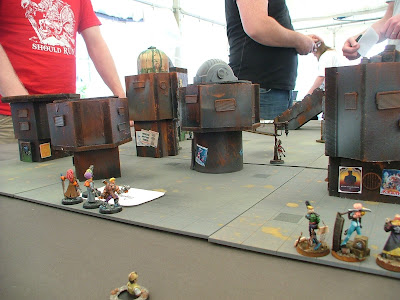 Judging by the looks of the guys to our left they could have been just as punk as we, so we left them be for the meantime. Just as well, for they were soon embroiled in a hand-to-hand combat they would not survive. 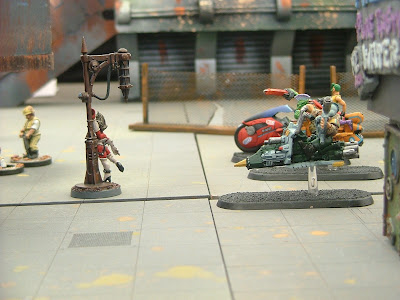 James' bikers swooped away towards the distant fence, dodging the hookers and the municipal workers digging up the street. 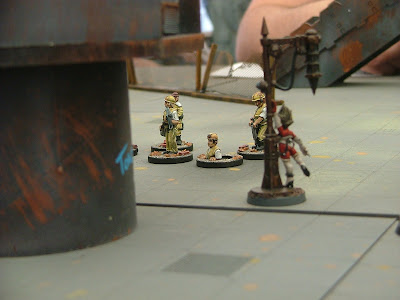 Off camera, Toad and Mercer advanced towards the Men in Black, only to fall to their superior shooting skills. Incensed, the Cybergoat charged the nearest suit and bit him on the arse. Professional and unphased, the Man in Black blew its head off. 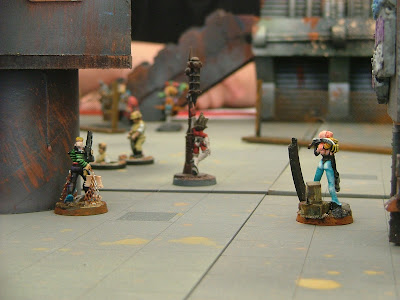 With half the gang down, Rogue and Iran dove for cover behind the buildings, 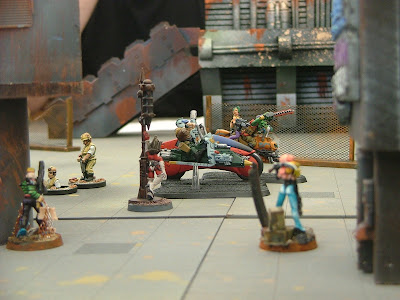 until the cavalry arrived in the form of the bikers, who parked their vehicles in a defensive barricade and dug in for a shoot out with the suits. 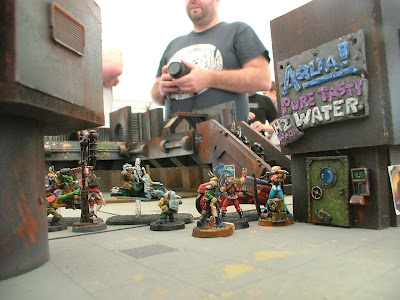 A bullet dinged one of the bikes, leaving its owner incensed, but the Men (and Woman) in Black had the hard cover of the stair handrail to hide behind and weren't budging. 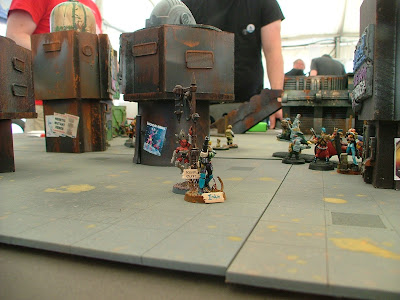 Momentarily free from threat, Iran decided to have a chat to the street worker hovering around the lamp post. She soon discovered the hooker was no flesh and blood mortal but a synthetic life form... with all these suits and cops around this had to be a crackdown on artificial life, what else could a decent punk do but help the android to safety? Despite nearly being mowed down by two of the bikers (accidentally, or with sinister intent?) they made it to the table edge and the electric hooker got away to safety. Iran returned to where Rogue was waiting and they decided to focus their attention on the cops. 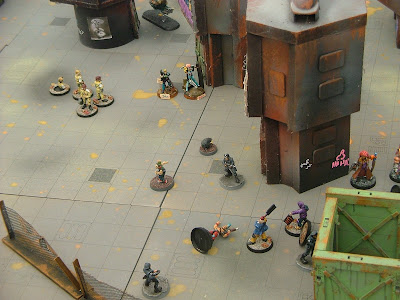 Across the board they found a fierce firefight raging. A lot of the cops were already down, but reinforcements kept arriving and for the moment their backs were turned. Time to throw their own lot into the ring, or not. Punks, it seems, can't shoot for toffee. 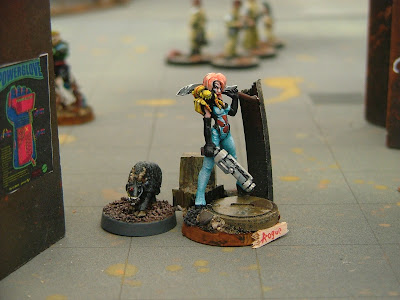 This time it was Rogue's turn to do some liberating as she decided to capture the stray Cybergoat (perhaps as a replacement for their own now-defunct pet) and head for safety. As the gunfire died away behind them the two remaining punks made it off the board with an electric goat and a cyber street worker. I'm sure they managed to sell them to Chico for a tasty profit and retired to the bar to celebrate a good day's work and toast their fallen comrades.