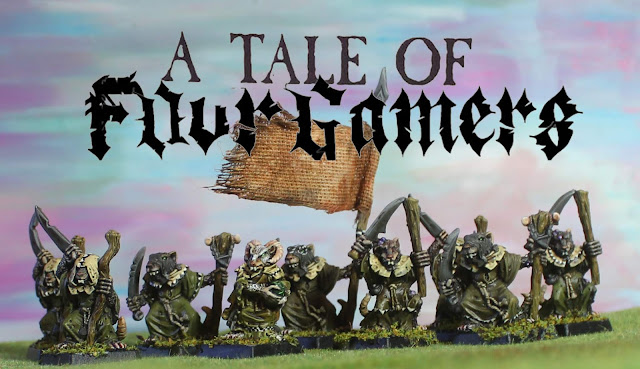 It's the end of October and time for the next 500(ish) points of skaven. They're nearly done, with just the standards out-standing.﻿ 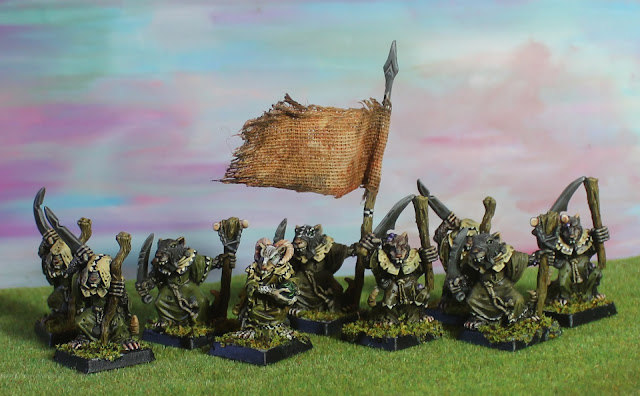 8 Plague Monks and their Warpweaver leader, probably the best skaven model ever sculpted. :) I'm looking forward to putting him against my undead legion for vengeance of the lichemaster very soon. Their banner isn't done yet as it's meant to be the mighty Bane Banner so I want something truly horrific for it. I have been trying to scout out an illustration from Robin Jarvis' The Oaken Throne- it shows the terrible rat-god, but due to its unsettling nature was removed from later editions of the book so I haven't been able to locate it. If anyone has one they can scan in for me... 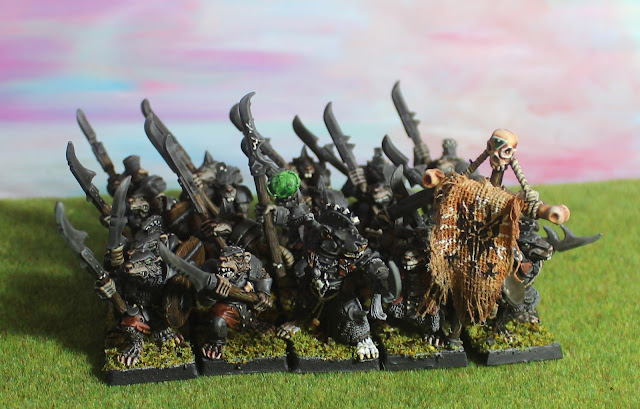 And 19 Black Skaven with halberds and a Warpweaver to lead them.

Just 482 points this month, but next month I'm aiming for the army standard, jezzails, warfire throwers and rat/rat ogres packs which should make a juicy 646 points (giving me some room to not quite finish some of it!).﻿