The Shearl and a visitor from afar

Here are some pictures of the painted Shearl units. With any luck they'll be based next week as well, we're having a grand terrain-making day on tuesday and I'm hoping to bash out an 8x4 fen board in a day, basing my models to match. So here we are, 30 Shearl, currently with one Fimm slaver but there will be another at some point hopefully, stop the cowardly blighters running away! 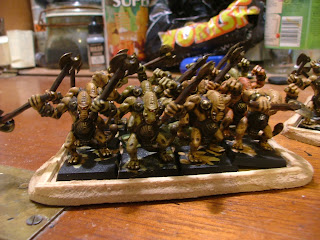 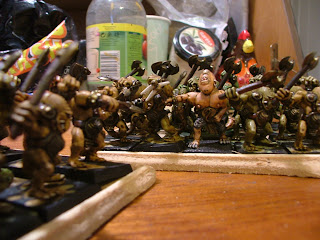 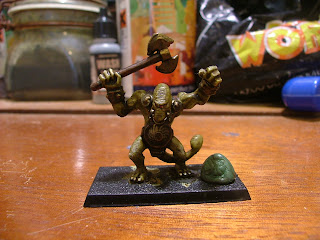 Based this guy on a cavalry base to fill in a gap at the back of one of the units, these guys rank up much better on these size bases! 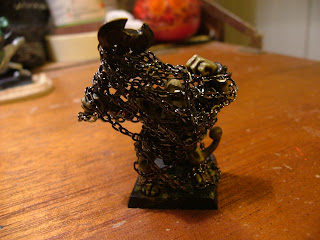 Got this chain through the post as well for restraining the slaves... won't be putting this much round them as they won't be able to fight, but this should be enough chain to restrain the whole lot of them, plus a few extras... 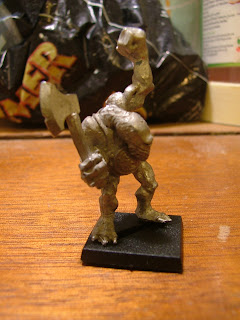 Mt favourite Fimm model arrived from New Zealand! He's much smaller than I expected though, which leaves me with a quandry. Do I: 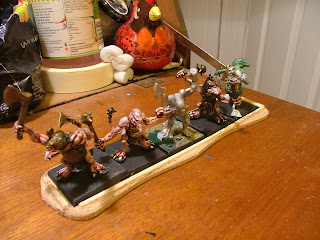 Rank him up with my Mistmor as I intended, even though he's a wee bit smaller than the others? 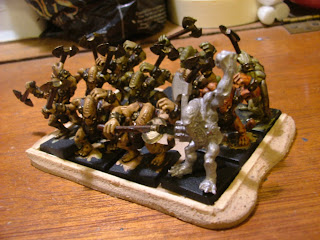 Use him as a Fimm slaver in a unit of Shearl? He looks pretty nice with these guys, but he does look a bit too similar to them with his chin on his chest, or maybe that's a good thing? 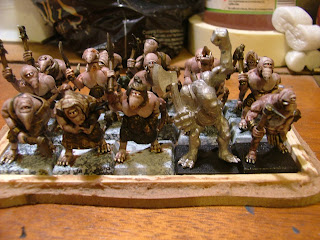 Use him as a champion in a forthcoming unit of Fimm? Maybe even as a Fianna Fimm champion, as he was originally titled 'Fianna Fimm' on the white dwarf pages he appears on. Seeing as my Fianna are going to be armed with big, curved, two-handed swords his axe may need replacing.

The Shearl and a visitor from afar