No, not the new Forge World thingummies! Wanted to get a good shot of my army before Christmas. Hopefully it'll be ready to roll down to the gaming shop in the New Year whilst the Fimir are still realtively unheard-of! Still some work to do on the bases, banners, a few more fluffy bits, two more Mistmor, a Jabberwock and a Fimm Slaver to paint and some Woldlice to sculpt but reckon I've easily got 2000 points sitting there. Just finished draft A of the 'army book', based on 3rd ed Fimir stats, orcs and goblins and warriors of chaos armies, and ready to test it out. Of course, once GW releas the 'official' rules I'll integrate them as I did for the 'Balefiend' (Dirach)... with a few modifications to make them more suited to the Fimmy background I wrote of course! 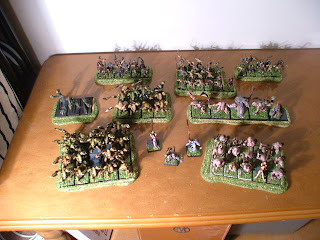 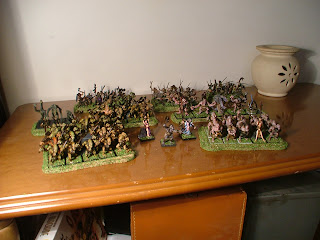 The Shearl, still unchained but now with rock formation movement trays. This means I can keep seven Fimir models with their original Heroquest bases so they match the rest of my set rather than having them all with grassy bases. 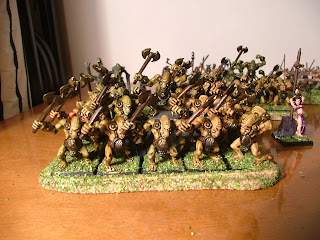 The Fimm with their lady standard bearer. Banner to follow shortly. 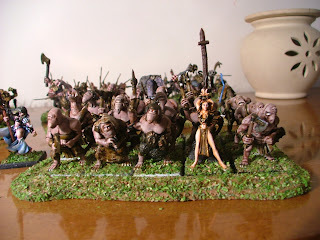 The Mistmor (two more to come), Dirach and Drui... who still needs his staff resculpting! Bolg (left) and Tuatha (right) human units in the background. 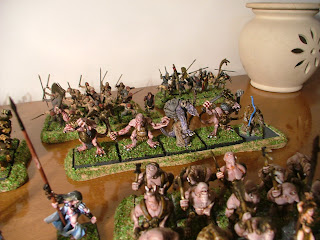 The Kelpies need some swampy bases modelling. Another unit of Tuatha in the background. 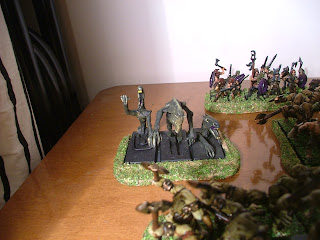 The army standard-bearer... escort to be begun shortly. Just photocopied the banner for her pole down from my original A4 sketch and will get to work on it tonight. 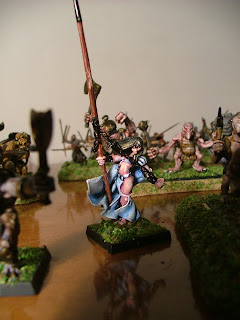 Another lady standard for my forthcoming Fianna Fimm unit.... which will not be featuring any Forge World figures! :) 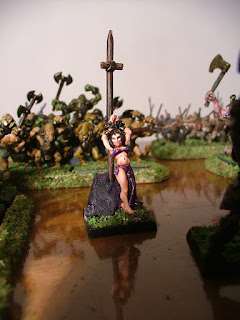 A gloomier pic of the Fimm! 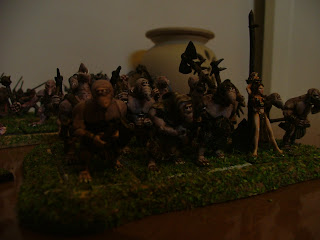 And one of the Mistmor... because no Fimir like too much light! 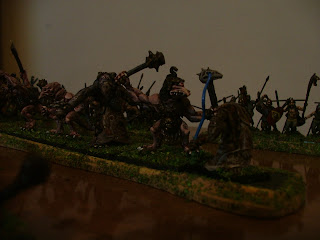