Well, last night the girls were having an intense session getting Etsy shops underway so I set to on the Fianna Fimm. Whilst the paint was mixed I thought I might as well include the lovely vintage Fimir model from the hands of Jes Goodwin sometime in the 80s.

I have followed the same colour scheme as the Fimm and Mistmor in painting the Fianna, but have given them woad spirals to mark them out as elites. I also added some silver on the sword blades.... the only other place silver appears in the army is on the Mistmor chainmail to provide contrast with the plates. Fimir are naturally averse to Iron and so their weaponry tends to be made of 'Bog Iron' or bronze, which is their main commodity in their dealings with the Hobgoblins. Because the Fianna's swords are based on the trial swords in the Dark Crystal, and these are silver, I didn't want to just paint them all bronze. Maybe these coveted weapons, which the Fianna use in their initiation combats and keep afterwards as a badge of honour, are solid silver? Who knows?... 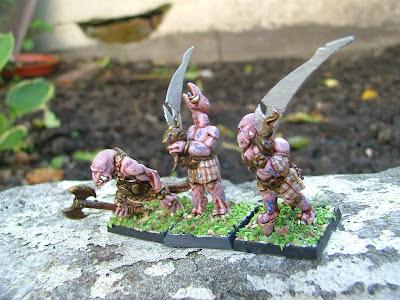 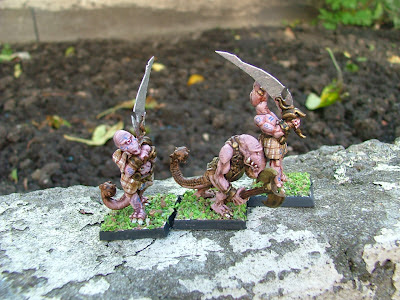 From the top, showing the bellowing Fimm: 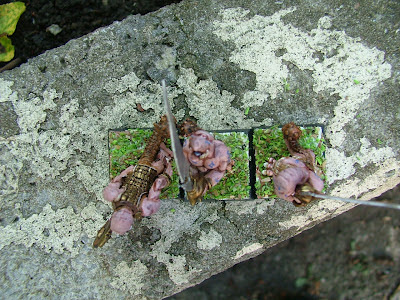 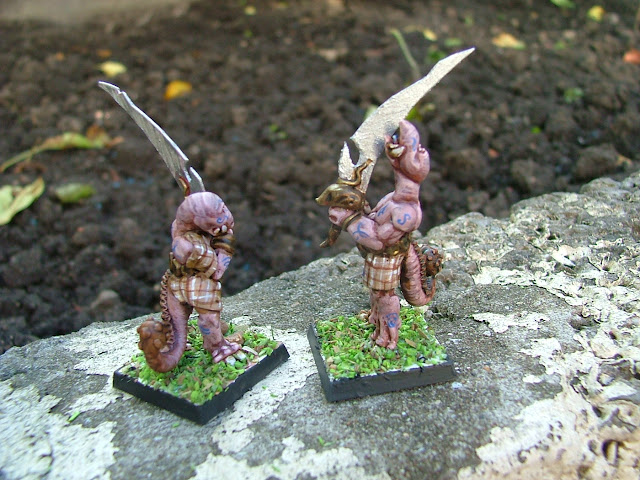 The unit will feature a large rock formation reminiscent of the stone in the film... with appropriate adornment! Whilst I've already finished this I'll wait until the unit is finished before posting pictures.