So here's my base for a Chaos Dwarf army. 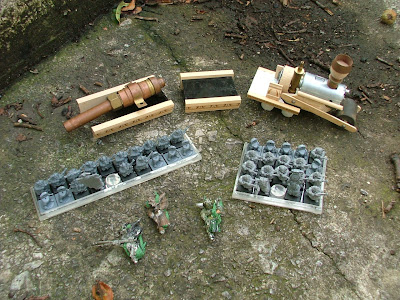 BFSP dwarves with some Mantic Ironbreakers thrown in as a basis for some Infernal Blunderbusses.
Dwarf Thunderers with Mantic Dwarves as a base for Infernal Fireglaives.
Copper pipe as the start of my Magma Cannon.
Steam Carriage (acrylic and wood beading) beds for the Dreadquake Mortar and Shrieker Rocket Battery.
Iron Daemon.
3 Citadel Minotaurs being converted into K'daai.
Sorceror Prophet, Daemonsmith, Castellan and warmachine crew will be scratchbuilt.
Also on the way, a ton of Wargames Factory Orcs to use as Hobgoblins and something to drastically rework into a K'daai destroyer... a nice little 3000 pts worth! 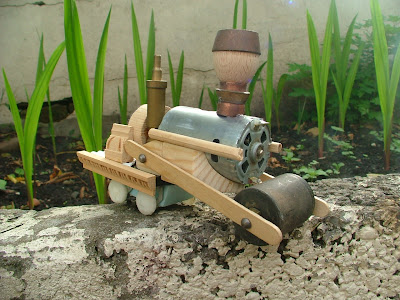 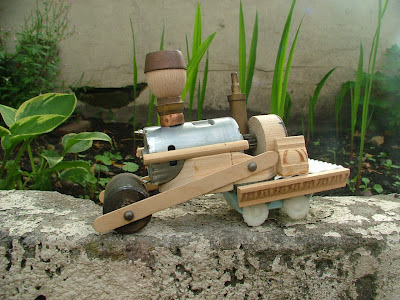 The Iron Daemon in progress. The body is the motor from a cordless drill (heavy beast!) with various bits from the junk box built around it. I've also reused my mould for wheels from my Fimir chariot: http://gamesorkshop.blogspot.co.uk/2012/05/fimir-marsh-chariot.html
which are fine for the engine but I want to take casts from my old Ork battlewagon for the steam carriages. 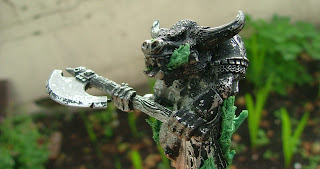 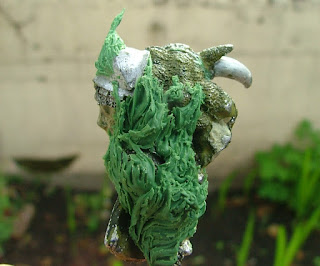 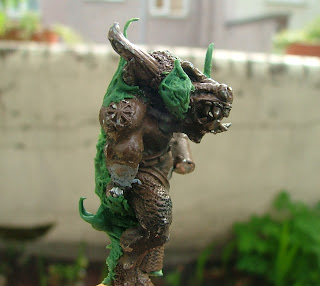 The K'daai in progress, with green stuff flames. 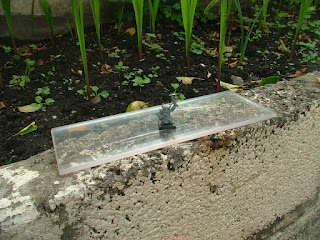 And who would live on a base like this? Something extra special and fluffy I have up my sleeve for later on....