Never one to constrain myself to just what's at hand I have done some scouting out for my next warhammer project. Seeing as I tend to pick armies which GW suddenly takes an interest in as I'm halfway through the army (Vampire Counts, Redemptionist Crusade, Fimir...) I thought I'd let the boys take the lead for once. I managed to pick up a copy of Tamurkhan recently, about the same time as I noticed Mantic's Abyssal Dwarves and remembered seeing the old marauder Chaos Dwarf Hero set and thinking 'these boys are cool'. So, gonna get me a little dwarfy army I reckon. Managed to pick up a load of BFSP dwarves pretty cheap, along with a lot of classic citadel minotaurs which I'll be turning into my K'daai and the ogre for the Dreadquake Mortar. Also got some Mantics, but not the Abyssal dwarves, their crossbow/handgun normal dwarves which I reckon will convert nicely. The faces are broader than the GW ones but most of them will be covered up by helmets and masks anyway. Originally I wanted to sculpt and cast the whole army as I'm doing for my Necrons but heck, the plastic dwarves were there, they were cheap, they can be played with and that'll give me more time to pay attention to sculpting my Sorceror Prophet, Daemonsmith and Infernal Castellan. There will be much sculpting and casting action though across the board as I have an idea for the look for my army.... and it's not the typical CD look (no, there won't be big hats... sorry. Well, alright, maybe a couple, if you're good!). Very much going to be influenced by the old school Chaos Warriors. 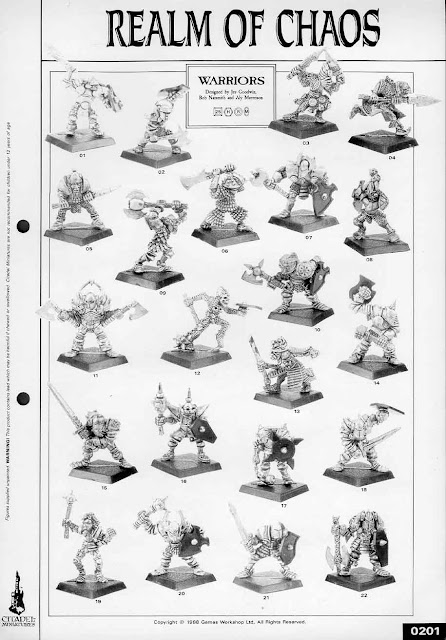