Well I've been absent for a month, plenty of wintery painting time has happened and the Mechanicus are well advanced. They've even fought their first battle (drew). Here are some shots of the painted army as it stands, apologies for the lousy picture quality. There's loads more in the pipeline and better pics will be posted soon on the Cult Mehcanicus page (here). Enjoy! 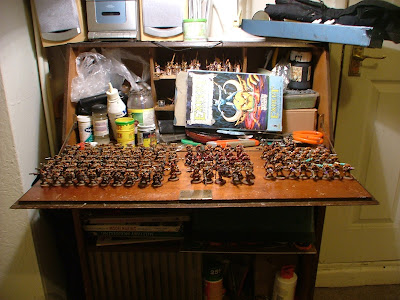 The core of the force, made up mainly from Warzone mutant chronicles figures 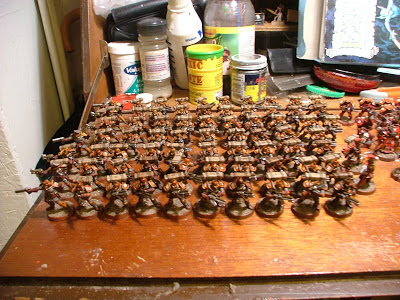 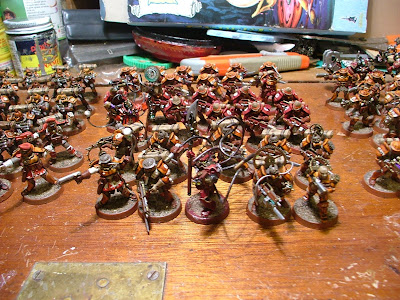 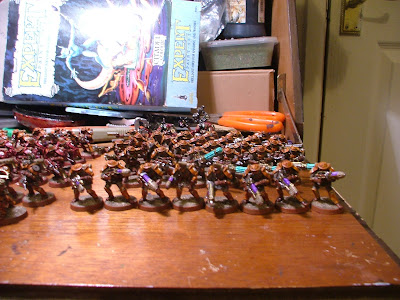 Four Sagittarii maniples (heavy weapon squads) and all but two of the platoon command maniple members (platoon command squads) with much plasma to boot! 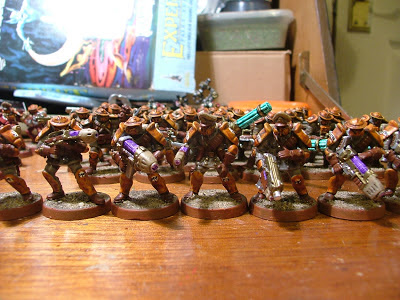 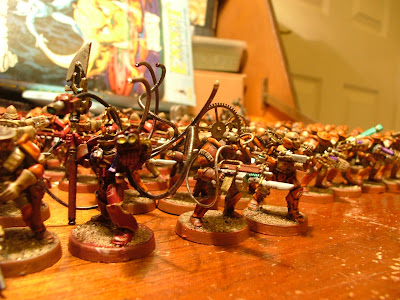 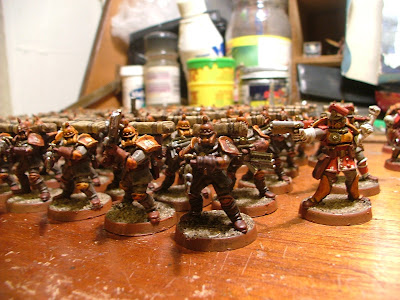 Up next I need to work on the Vexillarius, Tanks, Rough Rider and Ogryn equivalents and servitor squads, hopefully that'll break up the uniformity of the army a bit and give it a stronger, twisted mechanicus feel.