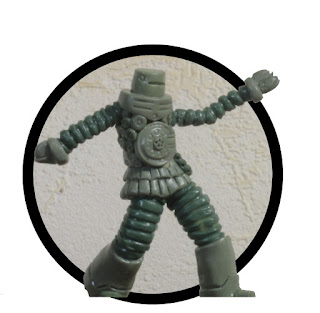 Second big event of the season, Dragonmeet last Saturday, was as much fun as we thought it would be. Loads of really nice people, smooth running and very friendly. I got a load of sculpting done, and the final wave of the Legends of British Steampunk are now (almost!) finished: 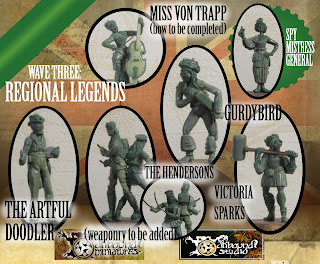 As with all the miniatures in the range they are all based on real people from the Steampunk scene, and such joyous characters that they were immense fun to sculpt.
The Kickstarter is in its last week now and 400% funded. We've just added a 'Legendary Pledge' option to get all 30 figures for just £3 each, so if Steam and Dieselpunk/Victorian characters are your kind of thing go have a look before Sunday. :)
www.kickstarter.com/projects/951486445/legends-of-british-steampunk-roleplay-and-wargames 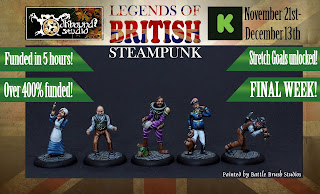