First 20 Bad Moons done... well, done for now! I'll probably go back and refine them later but for now I'm happy to consider these guys ready for basing. Not bad for a day's painting. 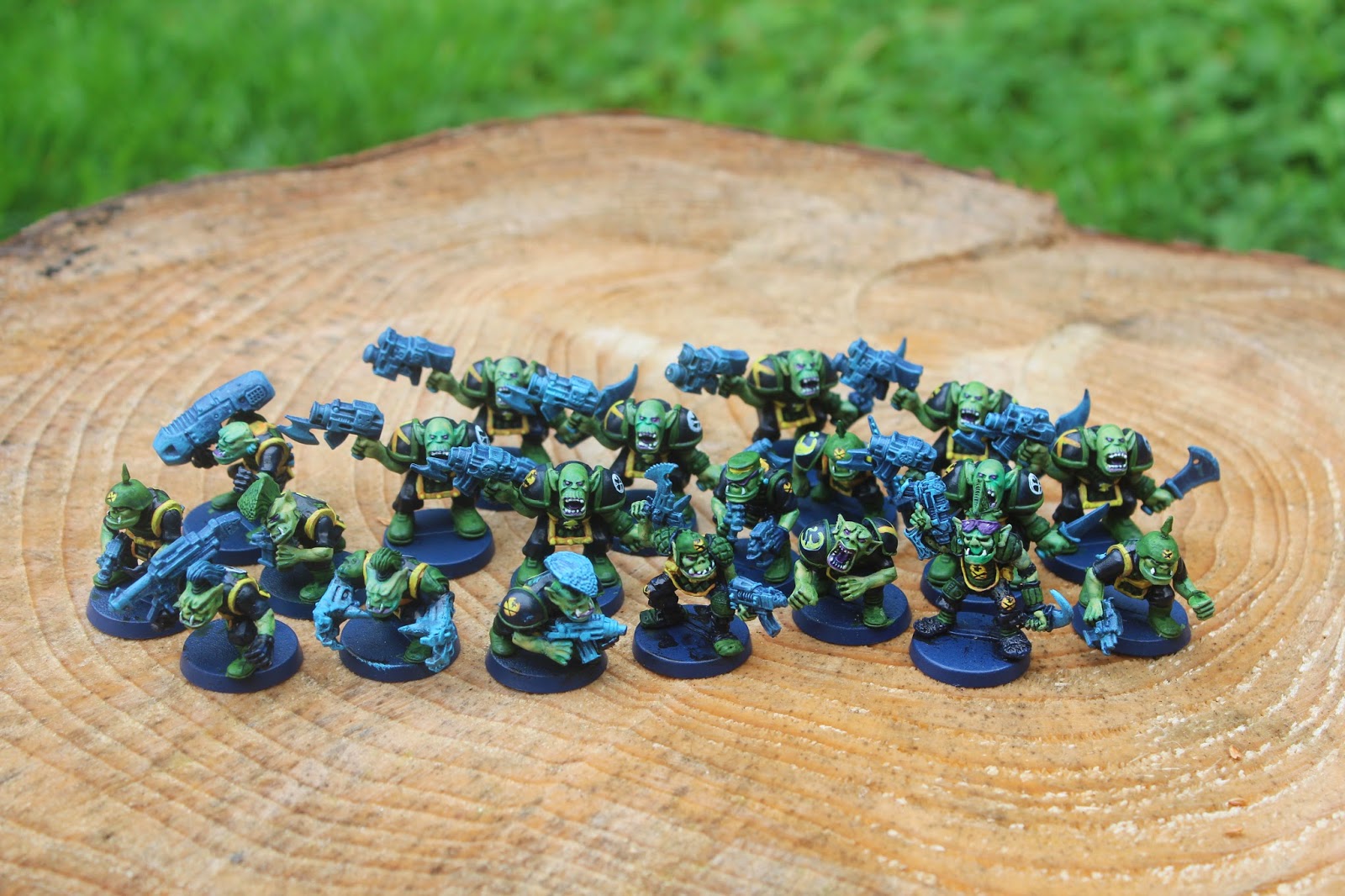 I was surprised how well the Space Crusade Orks fit with the RT plastics once painted up. There are many, many more RT Orks to do so the SC models will be even more diluted across the squads. Really enjoyed doing the two metal Orks as the unit leaders as well, great Orkish models.
﻿
﻿
﻿ 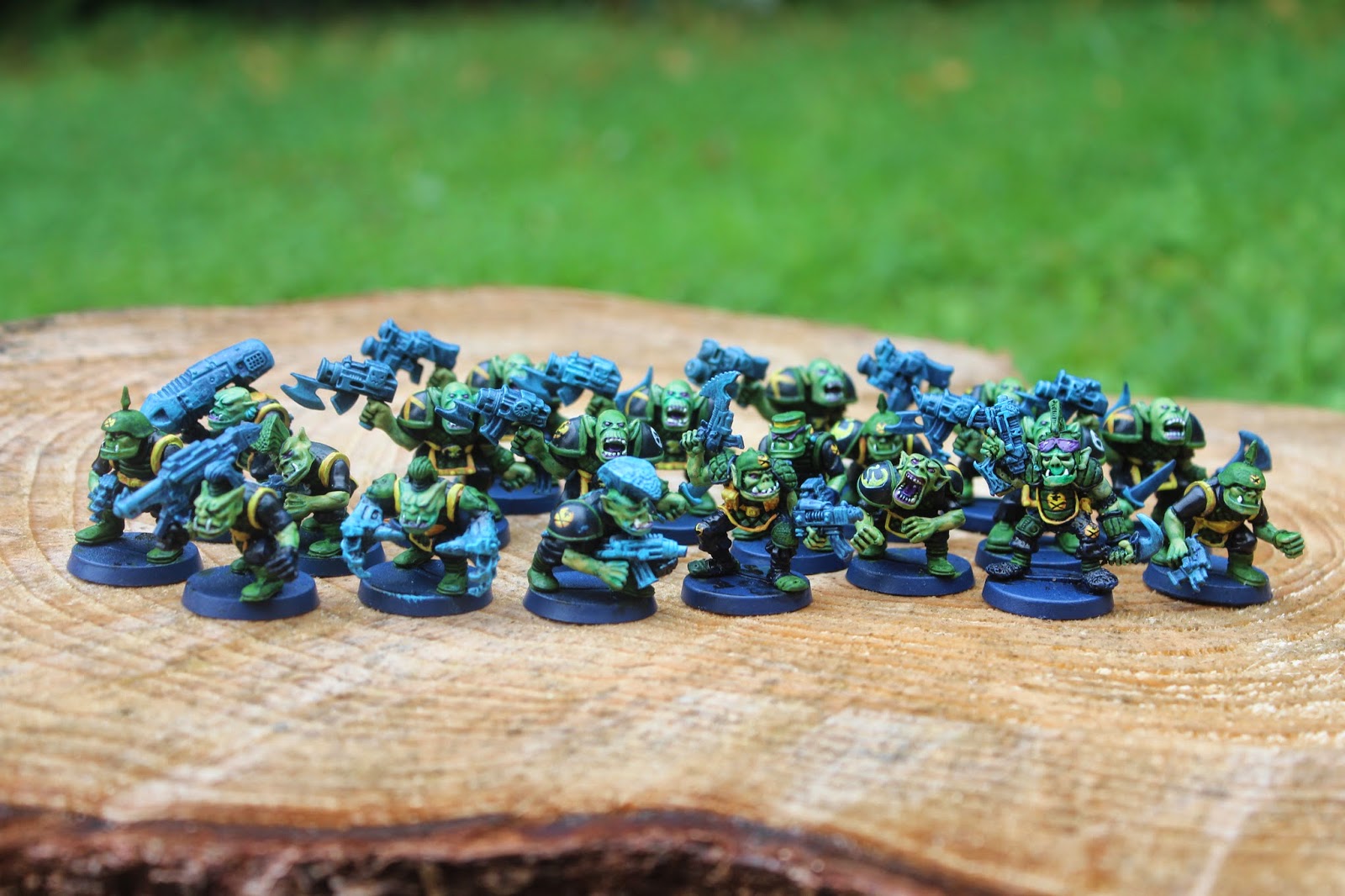 ﻿
The colour scheme, as I mentioned in my previous post, is based on the Toads from Larry Hama's Bucky O' Hare comic (and subsequent tv series). Earlier this year Continuity offered me a license to produce a range of Bucky models and ruleset but a bit of market research suggested there wasn't enough of a market for them. I may still do a couple of sculpts just for myself as a big fan of the comic and cartoon series. I've gone with a halfway comics/tv colour scheme for the Orks, limiting the purple to the eyes and goggles and keeping the guns blue. The organic quality of the RT Ork weapons works really well here, although I need to do some more drybrushing and inking on them. I have gone for a dark blue rather than black for the base uniform though as it's a)easier to shade/highlight and b)more in keeping with the Bad Moon clan I think.