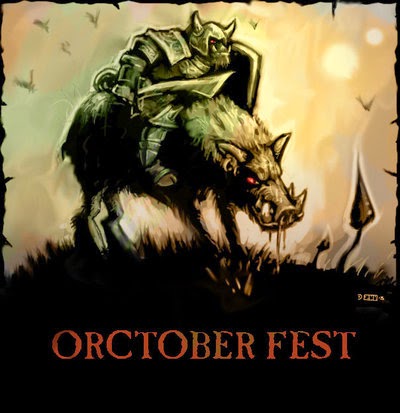 A month ago I pulled this little pile of soon-to-be-greenskins out of a box: 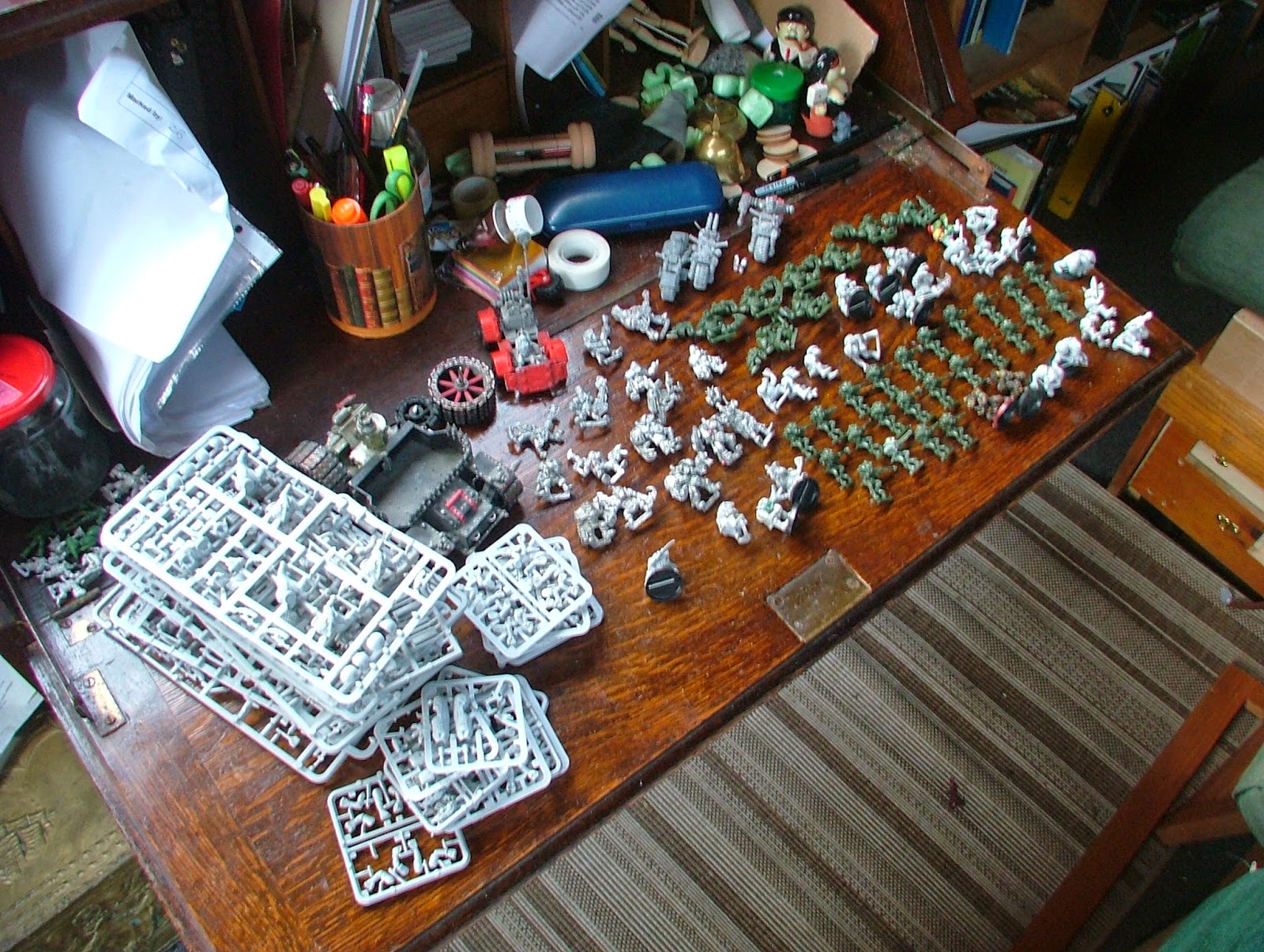 ﻿
Nice little project, RT Ork army in a month. And now it's the end of Orc(k)tober so it's all finished. Errrrr.... no. But then, as someone rightly said on the forum, what self-respecting Ork has a calendar?

So what did I get done? 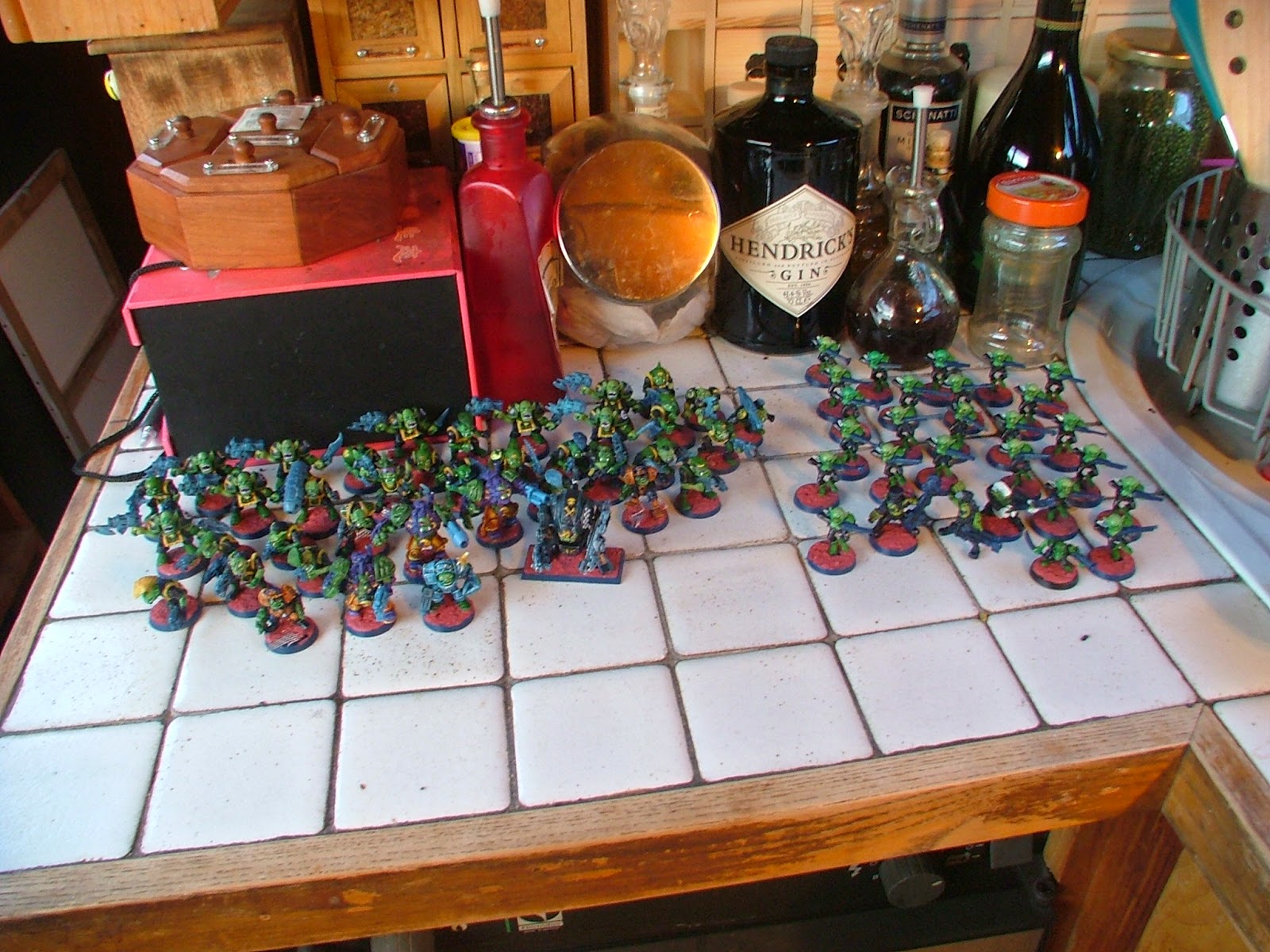 As you can see, most of what was assembled in the picture above is at least underway. There are loads of boyz still on sprues and I haven't got to the bikes or wagons yet but I think it's not bad progress for what little of the month I had free to spend time on them! 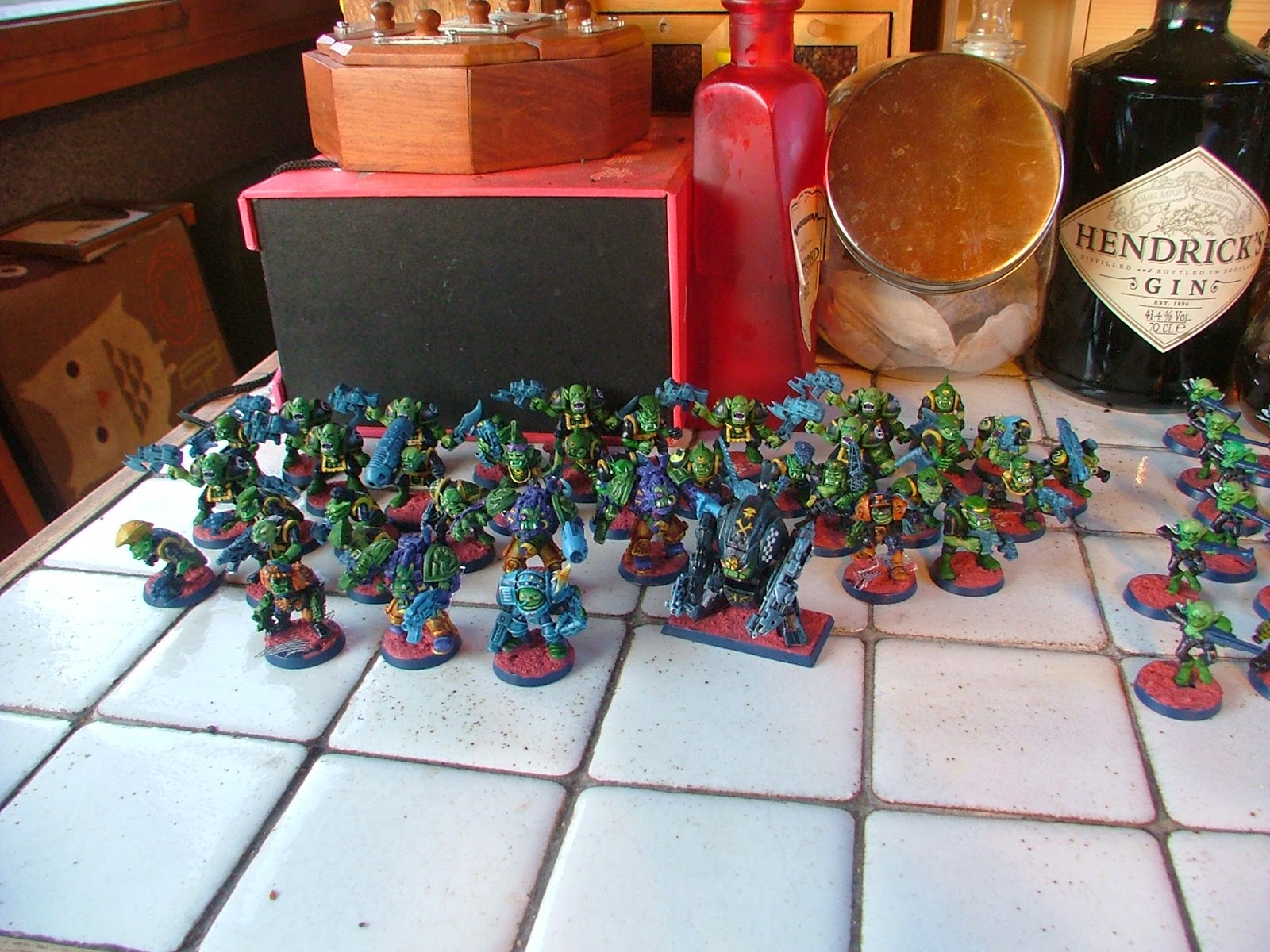 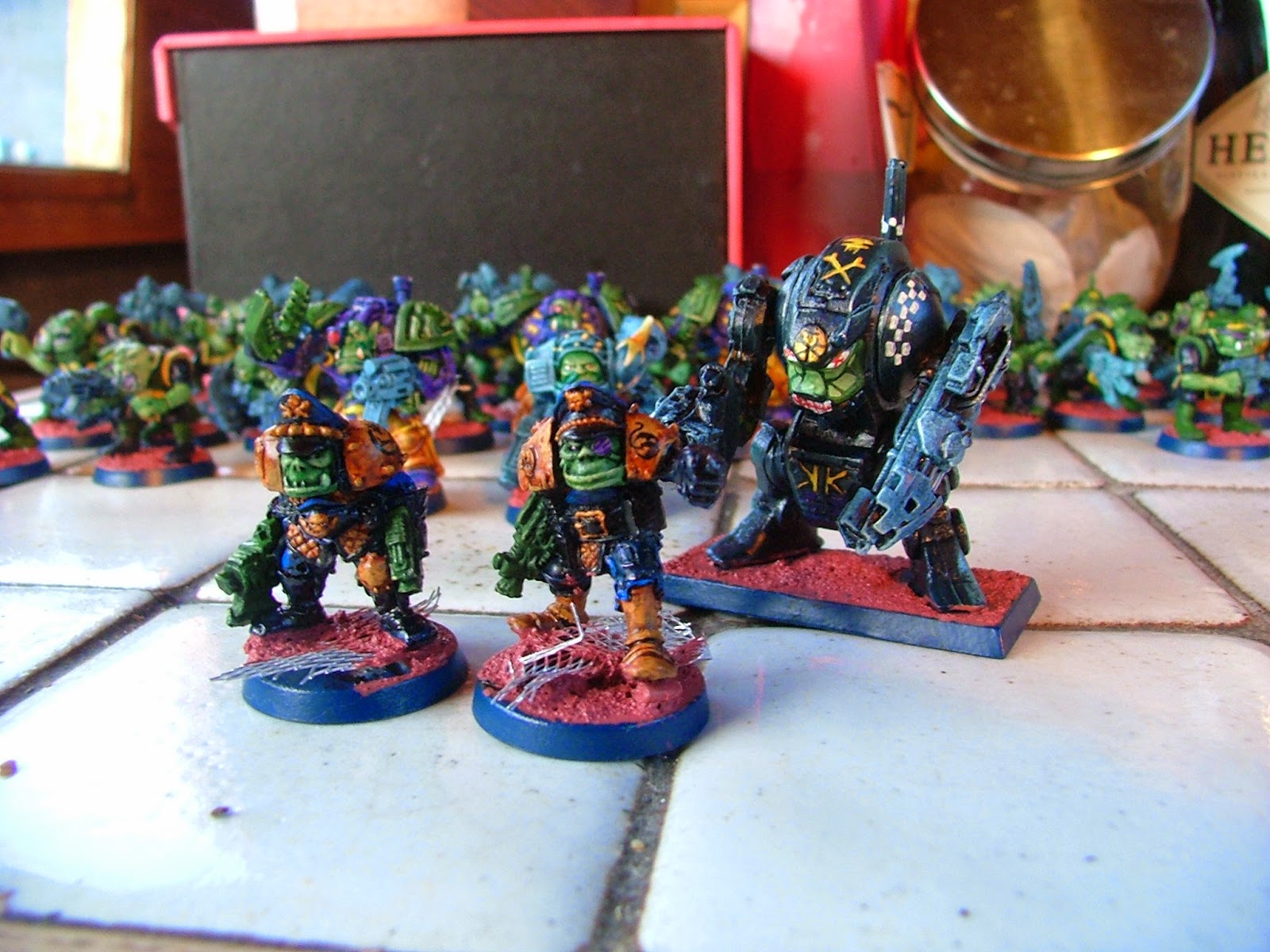 Sticking with the Bucky O' Hare theme these two toads... er, Orks!... have been painted up as Air Marshalls. Actually it was these miniatures painted by someone on the forum (I forget who, sorry) that first put me on to the idea of a toad/Ork army. I was going to Toadborg-up the old SM dread but since the Nobs were in that scheme I decide to pain him as another Komplex-to-go to kompliment the warboss. There are also 12 more Boyz in this lot which I did last week. 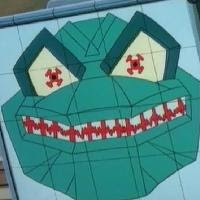 I'm currently painting Gretchin, which will be done tonight but since the light was going about 5 I had to snap some shots before it got dark. The Goff Rokkers probably won't get finished tonight, they're among my favourite models ever and I want to pay proper time and attention to them. It seemed fitting to start them on Halloween though, listening my way through the entire works on The Mission (in preparation for going dancing to some good ol' Batcave classics tonight, hooray!). 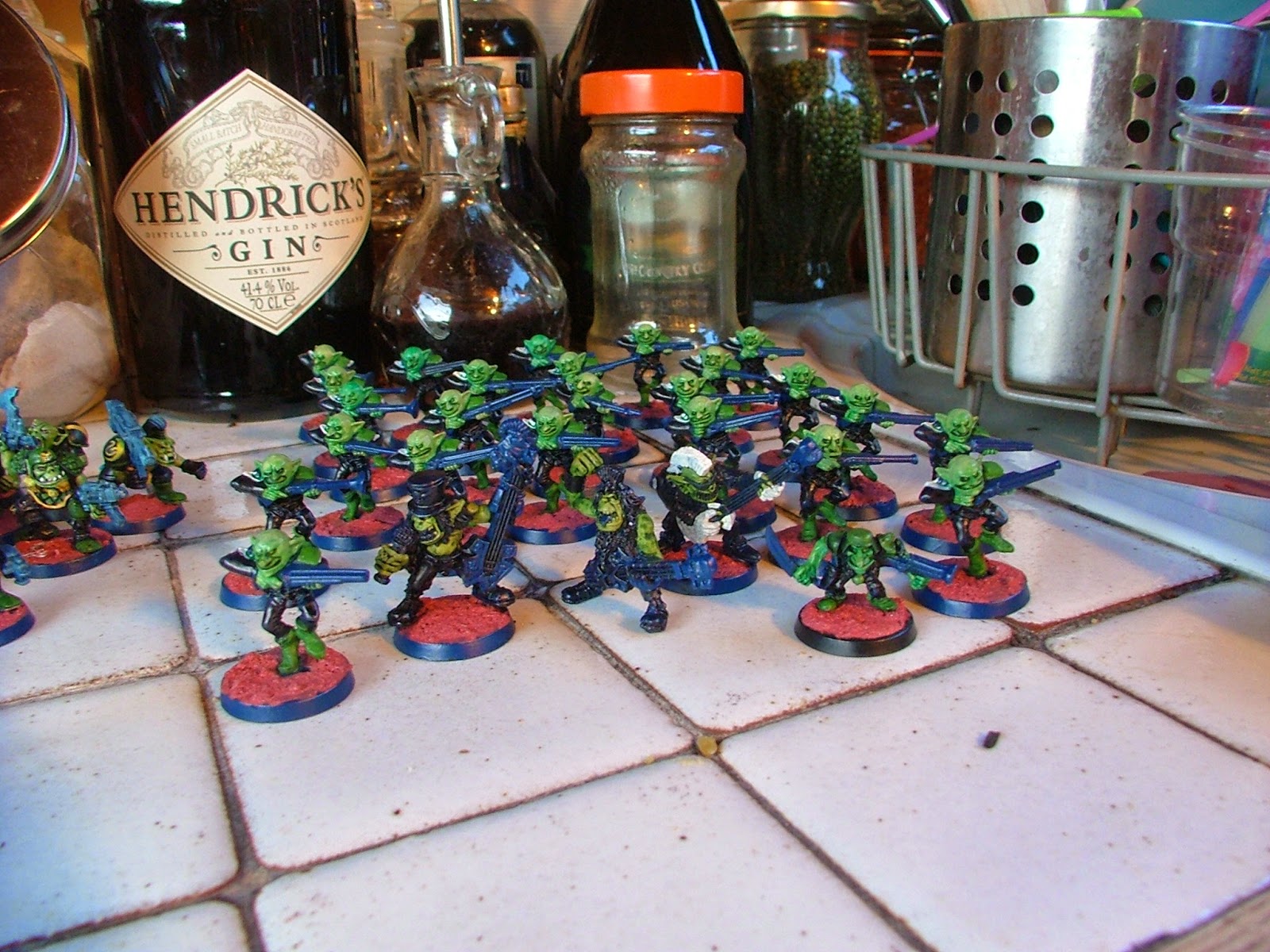 In addition to painting I ACTUALLY PLAYED TWO GAMES (!) with these guys on Monday night. Using 7th Ed rules but nevertheless, I have never played as Orks before and it was a refreshing change from my much-abused Guard force. Yes they got pummelled, but gloriously and appropriately for Orks. The Nobz held off and butchered two squads of Khorne Berzerkers and a squad of Chaos Space Marine Bikes before they were brought down and the hopeless carnage of the second game was only because of a Stormraven Gunship....