Time to tell you how great Dragonmeet was... 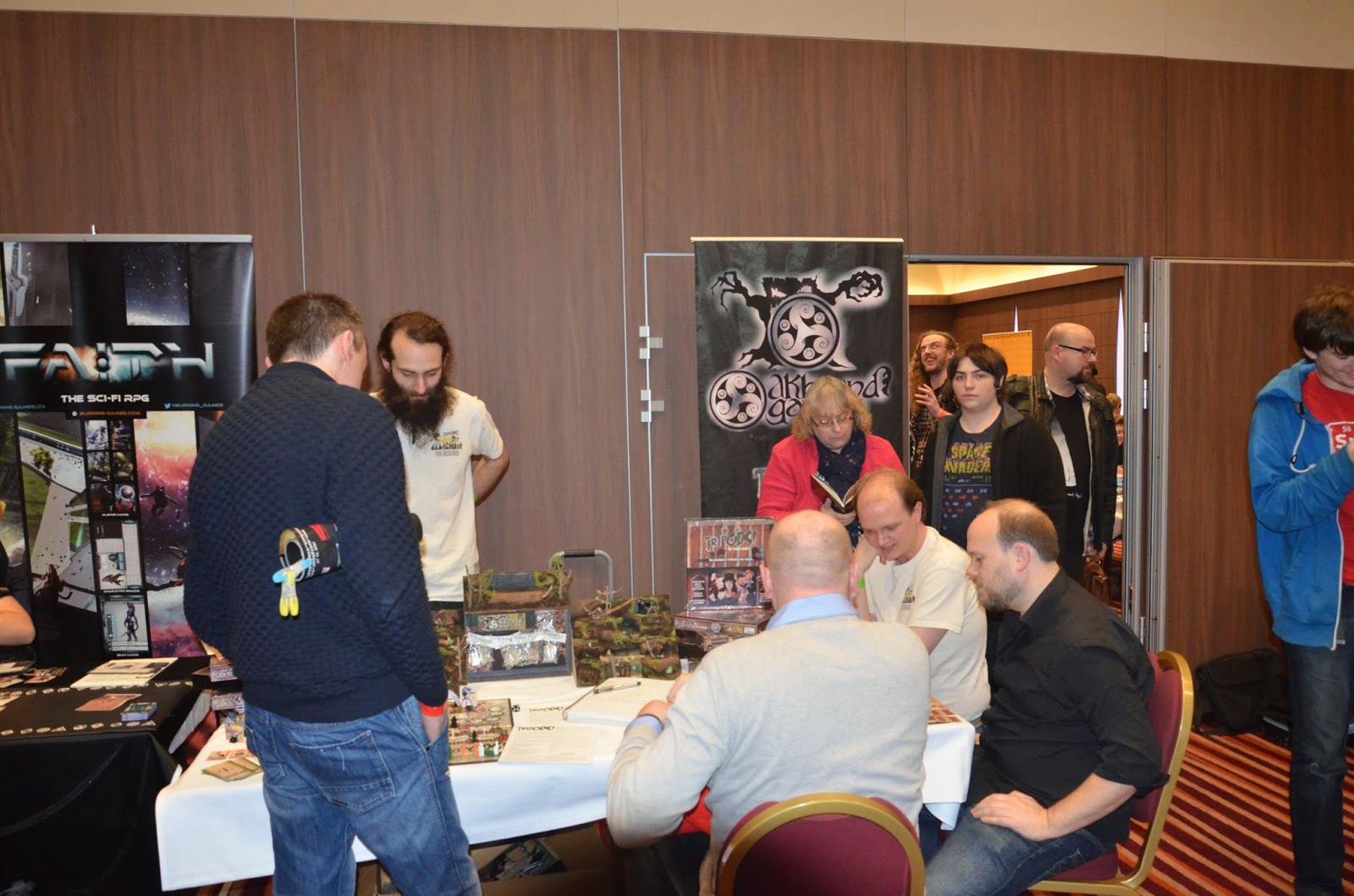 This was our first year attending Dragonmeet as Oakbound Games and it was a brilliant experience. Their new venue at Earl's Court seems to have been a massive success as over 1600 people attended over the eight hours the event was running, that's an average of 200 people per hour- and most of them seemed to stop at the Oakbound stall. The stands were really very good value for the size and space and there was ample on-street parking around, despite the arrival of a Christmas Market on the main road nearby.

It was really great to see so many little companies and independent games creators and traders around. In contrast to the Games Expo, where there was lots of independents but most people seemed to be shopping at Leisure Games' discounted stand, it was brilliant to see so many of the little people shifting so much stock and receiving so much attention. We sold out of miniatures and nearly sold all our remaining copies of Tripods, not to mention taking orders on a few more of the limited edition Woods background books.

In the gaming room there was plenty of space, but so many varied games going on, including an enormous Pandemic challenge. Sadly we didn't get to watch much because of being so busy, but being positioned next to the door we were party to a lot of the highs and lows of the attempt to halt the infection! We also got to participate in the splendid peg game...

I finally got round to picking up the Investigator and Keeper's guide for Achtung Cthulhu and am looking forward to studying the Third Reich's interaction with the Old Ones. I also got some bargains off the bring and buy (helped to be dropping off stuff as they came in!) and some very nice pyrogravured (not laser etched!) jewellery for Christmas presents.

The atmosphere of the place was really nice, everybody was very positive and there were, to my knowledge, no issues with harassment or derision.

Thanks and congratulations to the excellent Modiphius Entertainment who organised the day, I'll definitely be returning to Dragonmeet! 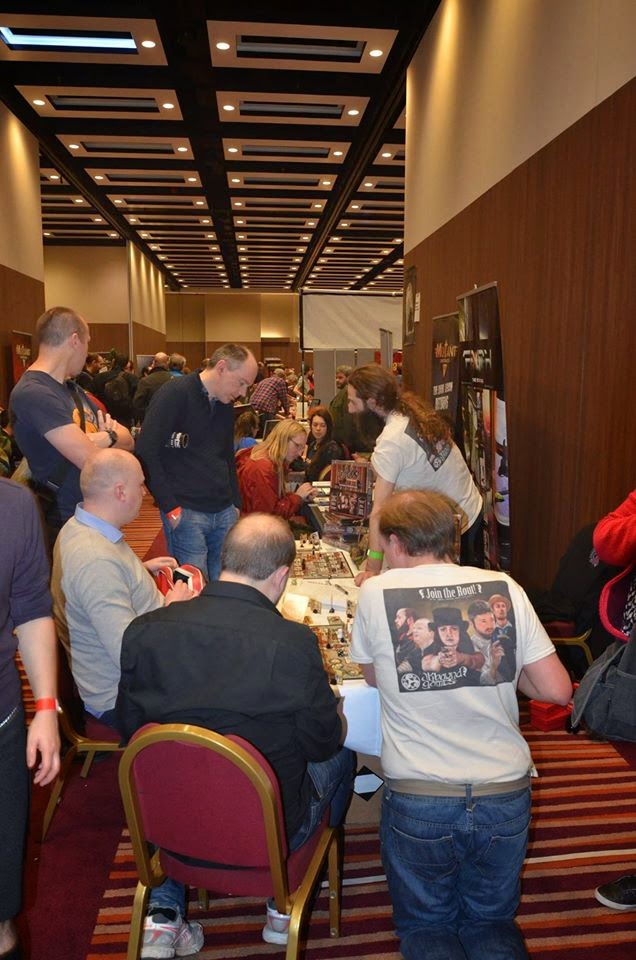 Email ThisBlogThis!Share to TwitterShare to FacebookShare to Pinterest
Labels: board games, Dragonmeet, Oakbound, The Woods, tripods!