It's annual Necromunda fight time for BOGGARTS! Here's what this year has in store: 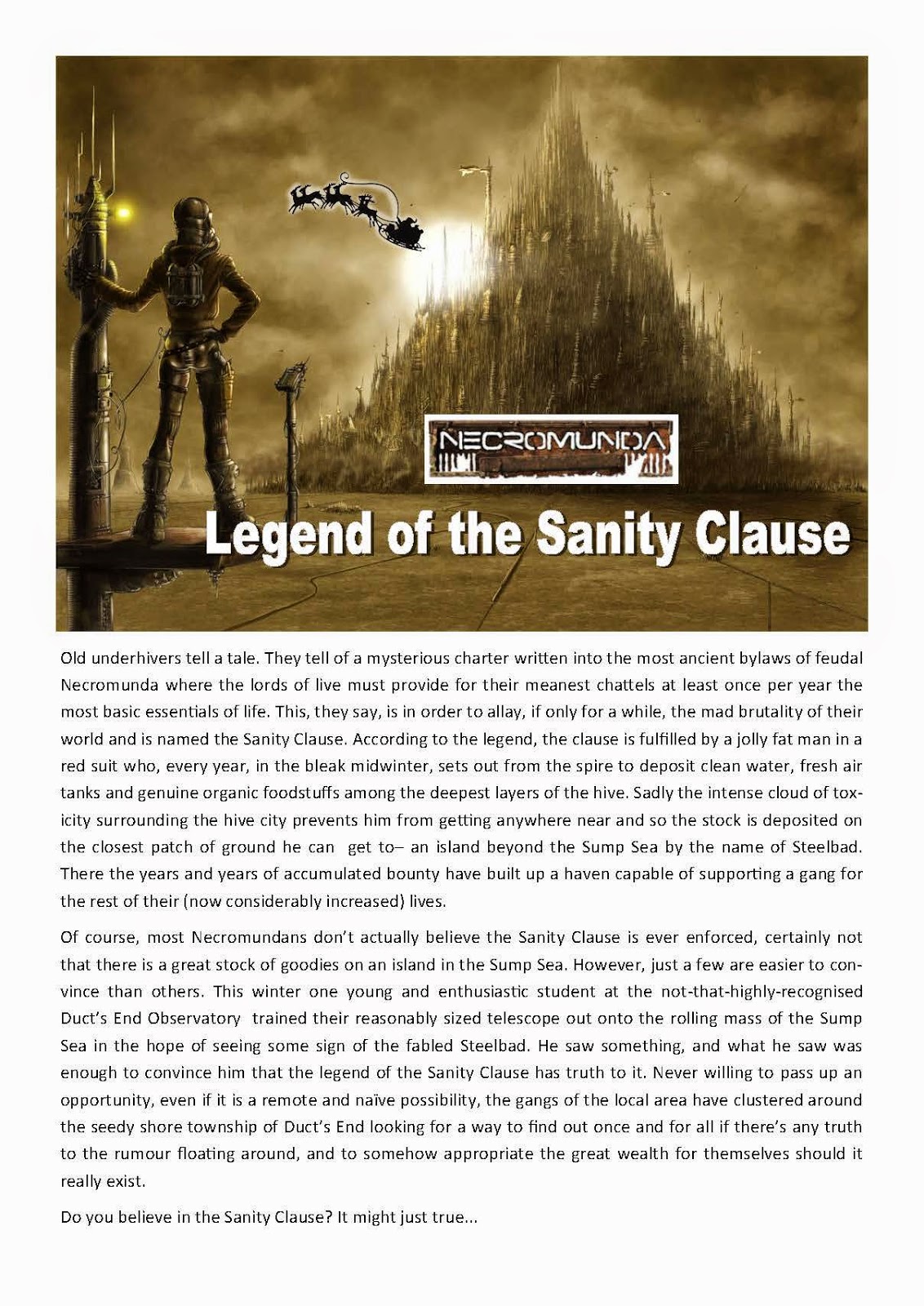 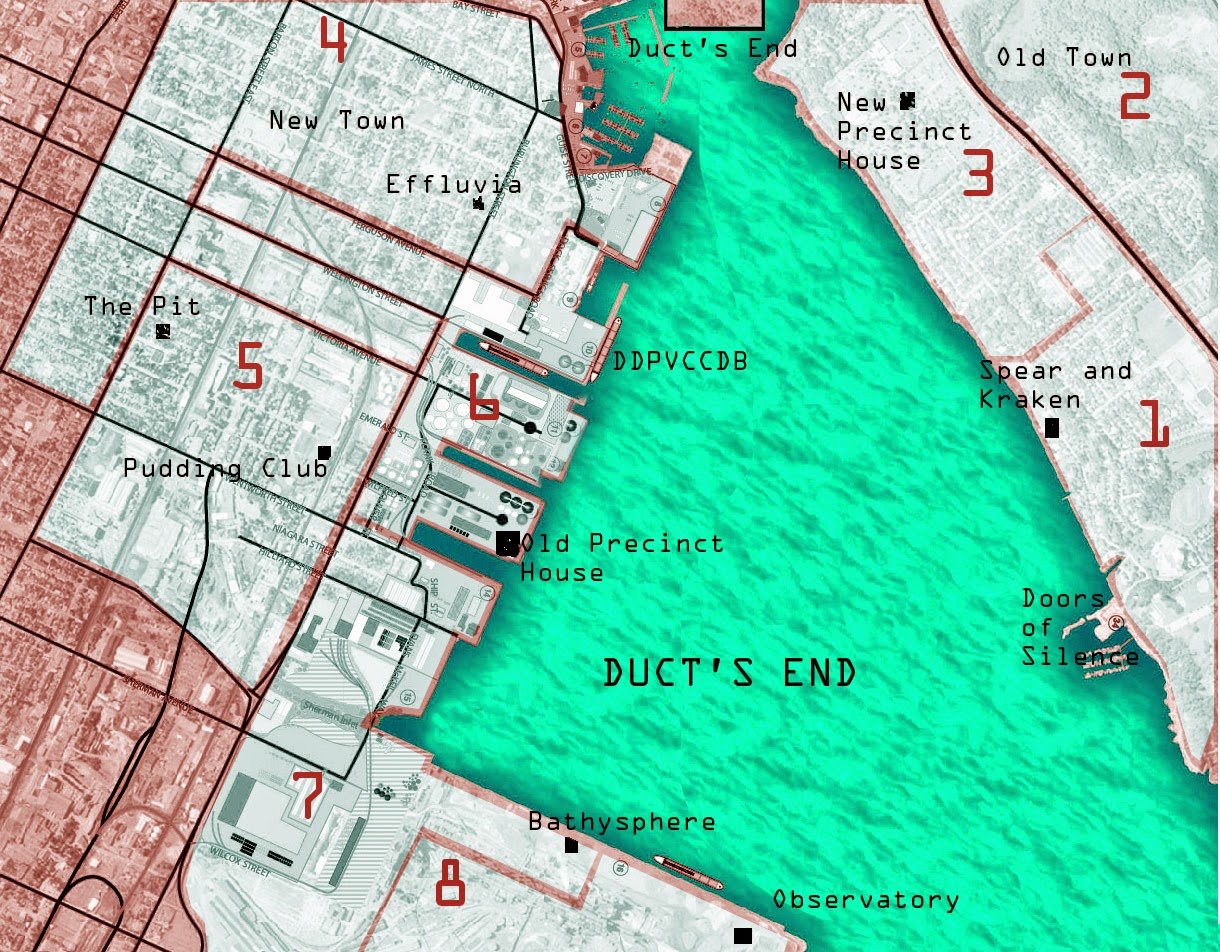 Duct's End is named for the enormous waste duct which deposits its effluent slime into the Sump Sea at this point. The habitation extends on two sides of the bay, the Old Town to the east and the New Town to the west. Old Town is very, very old and largely derelict, mostly depleted of anything useful and reduced to piles of rubble. It is good hunting ground for giant Necromundan rats and a haunt of unsavoury types... unsavoury even by Underhive standards that is! New Town is still quite old and pretty decayed, but is where most of the inhabitants live and contains a number of seedy watering holes and clubs. Most renowned of these is Effluvia, where most of the daily news can be gathered.

The New Town docks are mostly derelict and deserted, the slime is too foul for most shipping and the few hulks that remain are relics of a bygone age when the water was merely disgusting. There is one functioning ship, if it could be called that, the DDPVCCDB, which sometimes takes charters to other coastal townships. The captain of the DDPVCCDB, Mariner Carey, drinks at the Spear and Kraken to avoid being anywhere near his ship and accidentally being asked to take her out. Further along the docks is the curious Bathysphere port. The oldest living inhabitant of Duct's End remembers being told her grandfather saw the Bathysphere launched, but since then it has been mired and is rusting away. The craft is entrusted to Noddy the holder, a diminutive character normally to be found at the Pudding Club. On the end of the spit lies Duct's End Observatory, the township's small claim to greatness. Here a handful of students study the condition of the hive ceiling far above in an attempt to discern omens and portents in the constellations of creepers, patterns of rust and slime and the movements of small creatures. Balthazar, one of the more eager students, is responsible for recent claims of some truth in the legend of the Sanity Clause.

On the other side of the bay from the observatory lie the Doors of Silence. This is a place shunned by locals and the source of fear enough to keep the surrounding area uninhabited. There are great metal doors in the ground, the purpose of which have been long forgotten, and tales are told that unknown horrors lurk in the depths below. A detachment of militia are posted to keep watch over the region, which indicates some form of genuine severity and threat, but little has happened for so long that they are more inclined to spend their time 'policing' the settlement than guarding the rusty doors. The actual policing of the township is the duty of the regional Arbites who reside in the new precinct house, but they are very rarely seen. The placing of the precinct house moved at about the same time as the building of the new town since the regional Arbites have a policy of basing themselves away from the centres they are charged with overseeing. The old precinct house is locked up, but lights can be seen there and shadowy figures go in and out occasionally.

Peter Acs has been building a Cawdor gang for the fight, visit his blog for some nice paintwork!