Lost in the Oakbound Woods part 4- Preparing for Dragonmeet

It's Dragonmeet at Earl's Court this weekend....

Thought I'd better sort out some nice display for Oakbound Miniatures, enter my almost-nearly-finished terrain! 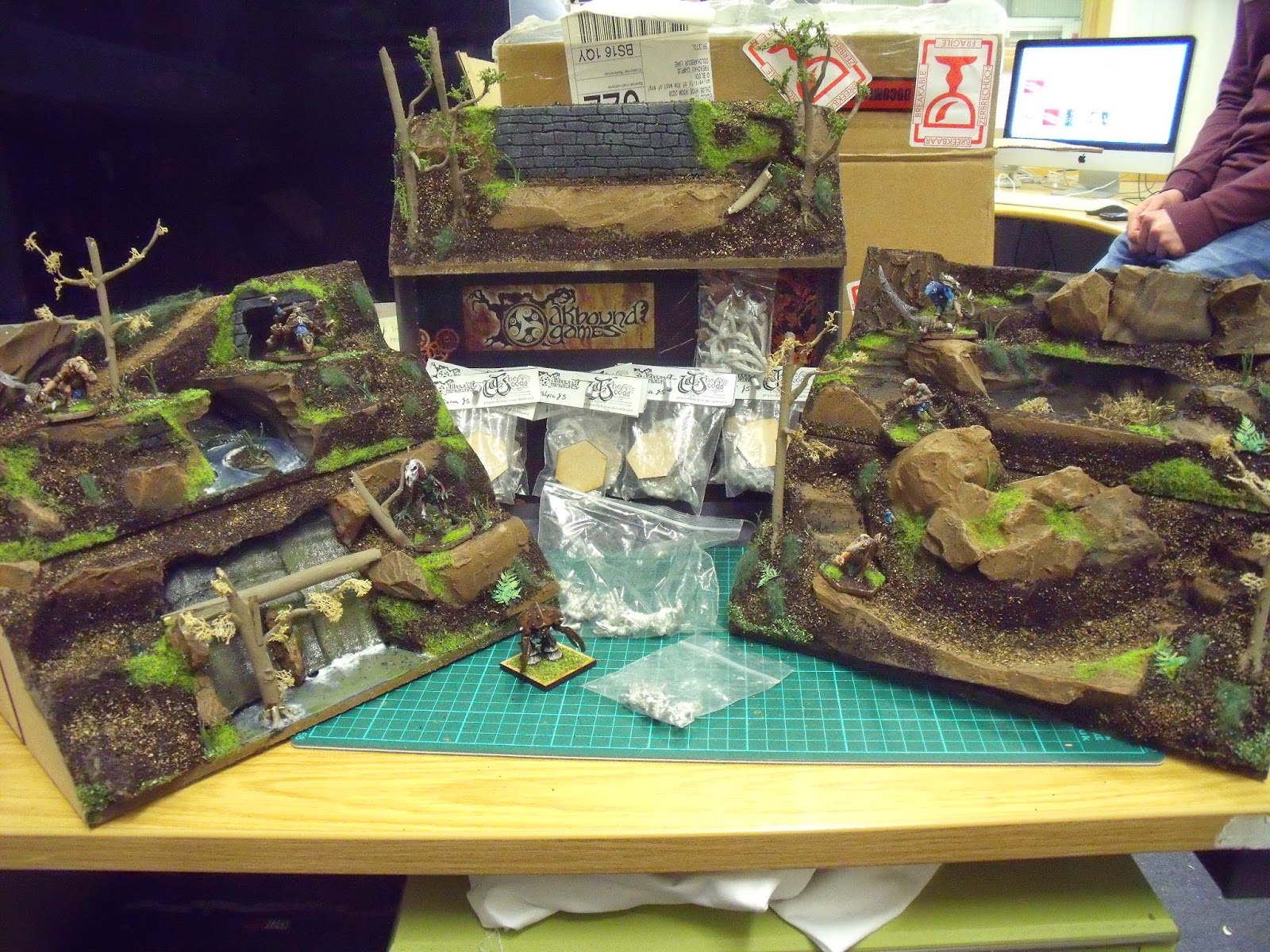 Of course, this is only some of it... it's a small table after all and Tripods! needs some room too! Today's main task has been sorting the water and foliage. As you can see, the tall one now doubles as a point of sale display for blister packs. 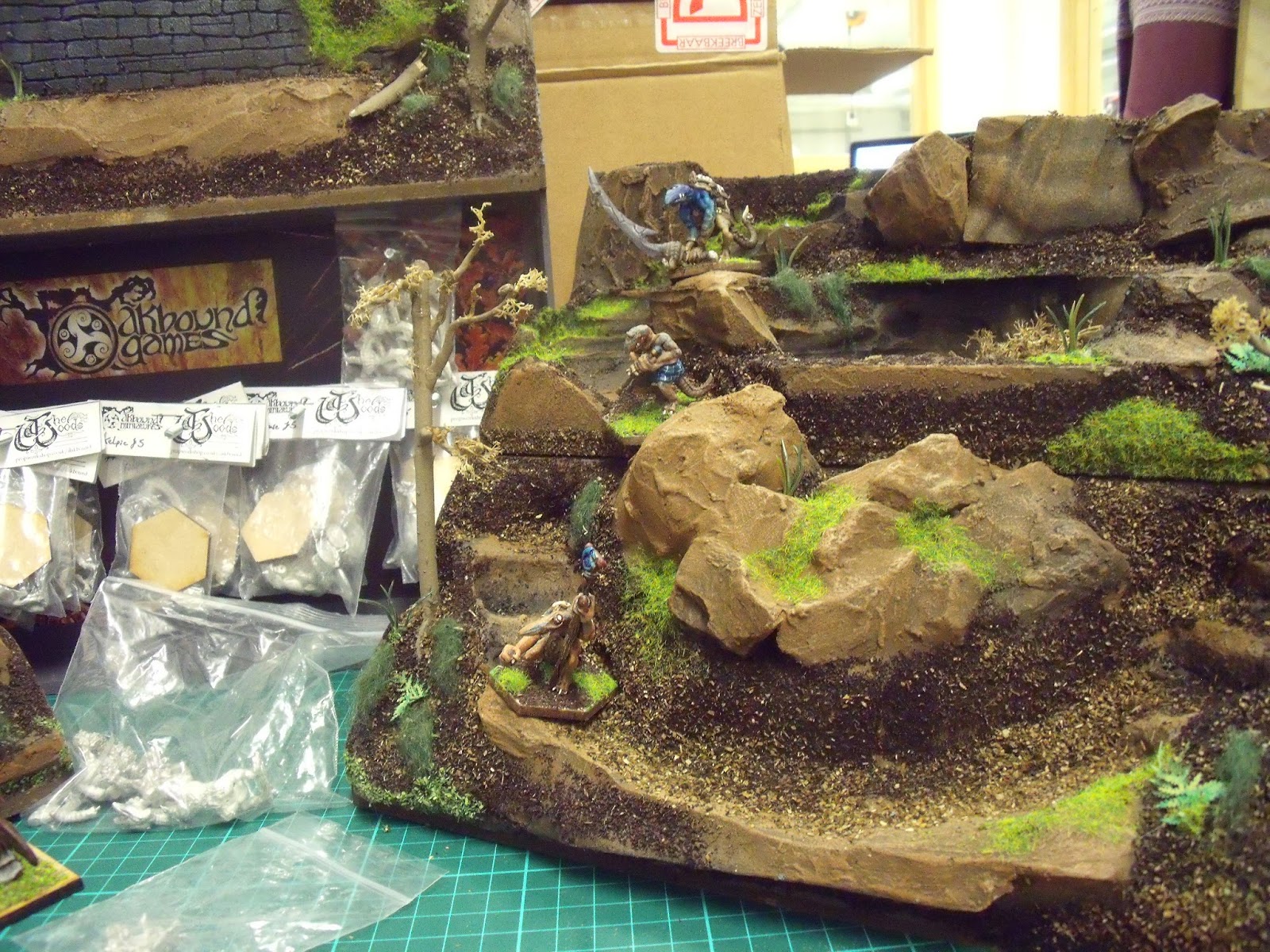 Tree branches take two forms. For the barer trees lower down the slopes I pulled sections of hobby lichen and glued them onto the branches trying to get the stalks aligned for a natural look. Higher up the slopes I used branches pulled from one of those toilet-brush-style model railway trees. These are nylon bristles with flock glued on and give a nice foliage scatter and branch cluster pattern. Don't cut them though as you end up with bits of bare nylon sticking out, pulling them out gives them a more natural look. I used superglue with an accelerator spray to get them to stay in place quickly, fiddly but well worth it. The water on these sections is clear vinyl glued over the pre-painted and textured riverbed. The ripples were made by painting on fast-drying PVA wood glue and the shine on the banks where the stream is trickling down is made by using super-thin superglue dribbled down them, about 4 layers to build up the shine. The superglue mingles with the wet PVA resulting in the foamy look here, which can be stippled around with a stick or old brush to give a flowing effect. 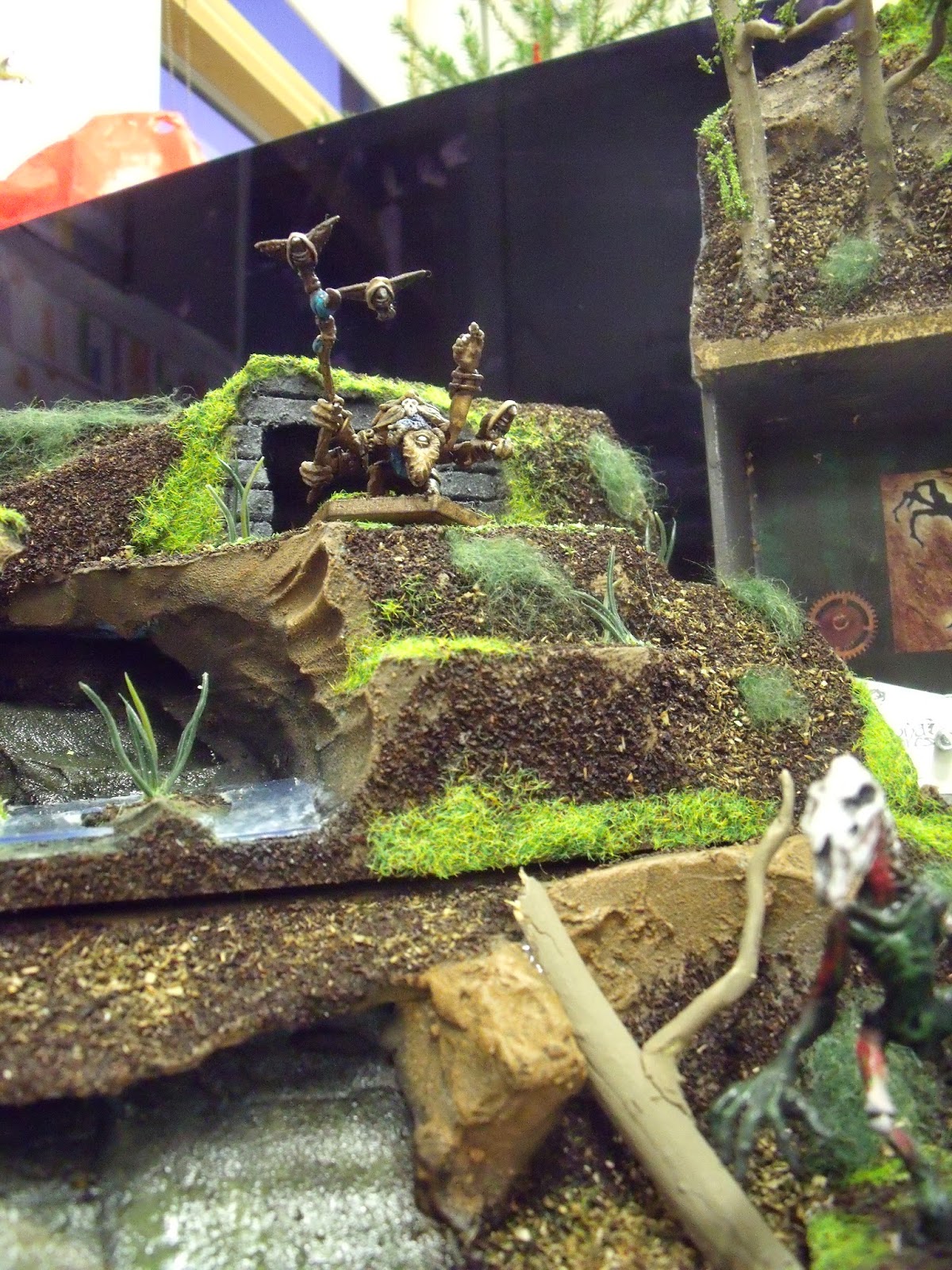 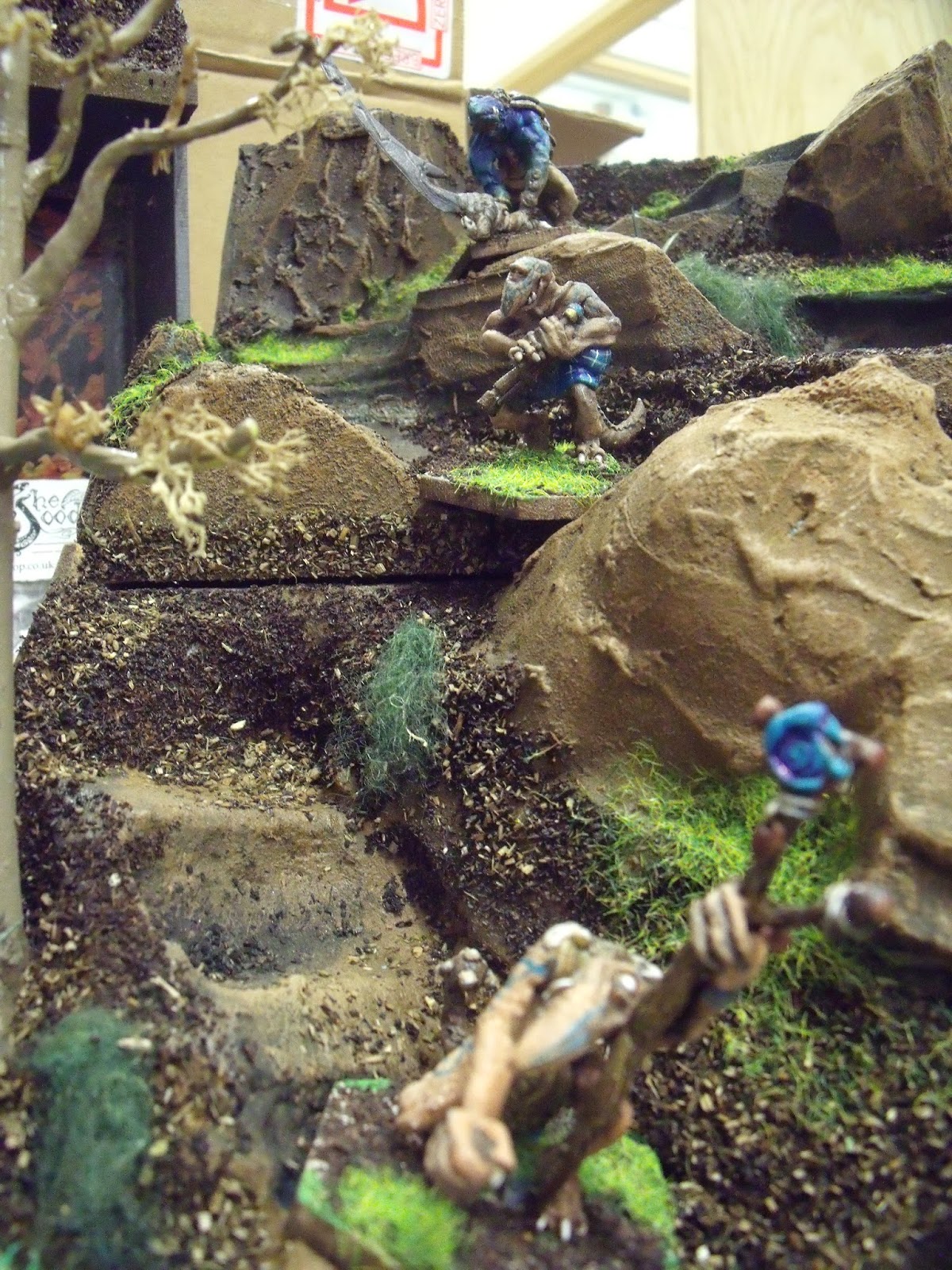 ﻿
Hopefully they'll show off the minis well enough to get me some sales! If you're in the London area the show is dead cheap to get into and the gaming lineup looks brilliant, stop by and say hi!

Lost in the Oakbound Woods part 4- Preparing for Dragonmeet