Judge Chico and the Dorfs from Hell!

As you might be aware, Mr Chico commissioned me to make him some Evil Space Dorfs... you can see his posts over on his blog.

Ordinarily I let whoever commissions miniatures from me paint them first. There's something very satisfying about putting a brush to a mini that nobody anywhere in the world has ever painted before! But in this instance I couldn't resist. Chico was pretty much the first person to paint the Marsh demons so fair's fair, anyhow I can safely say right now that mine are the best painted versions of these minis in the whole world right now... and I can't say that very often! Of course they are the ONLY painted versions, but don't steal my thunder!

So here they are; wicked Judge Chico, his faithless companion Cat the Cyber-Goat and two of his cronies. 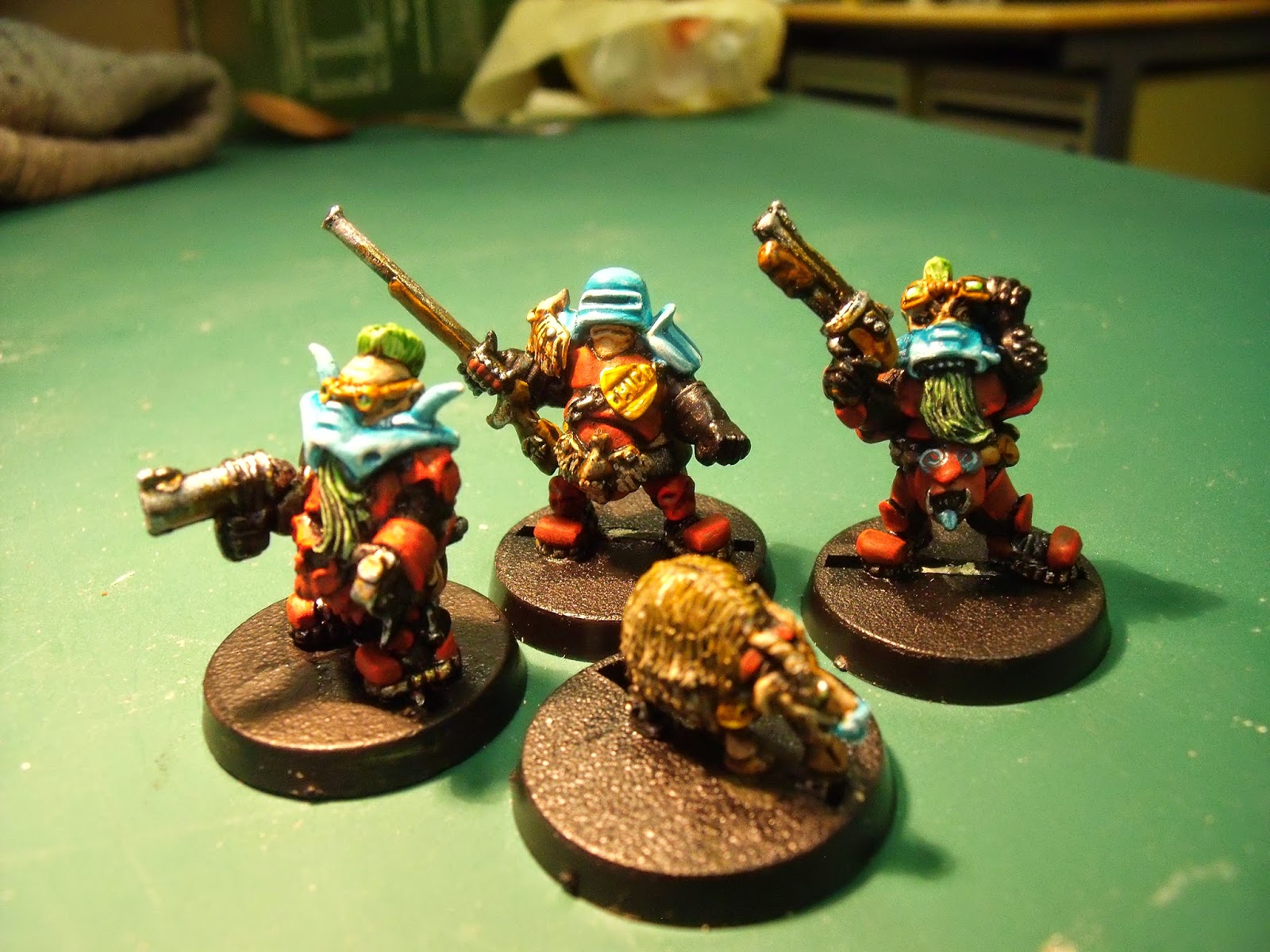 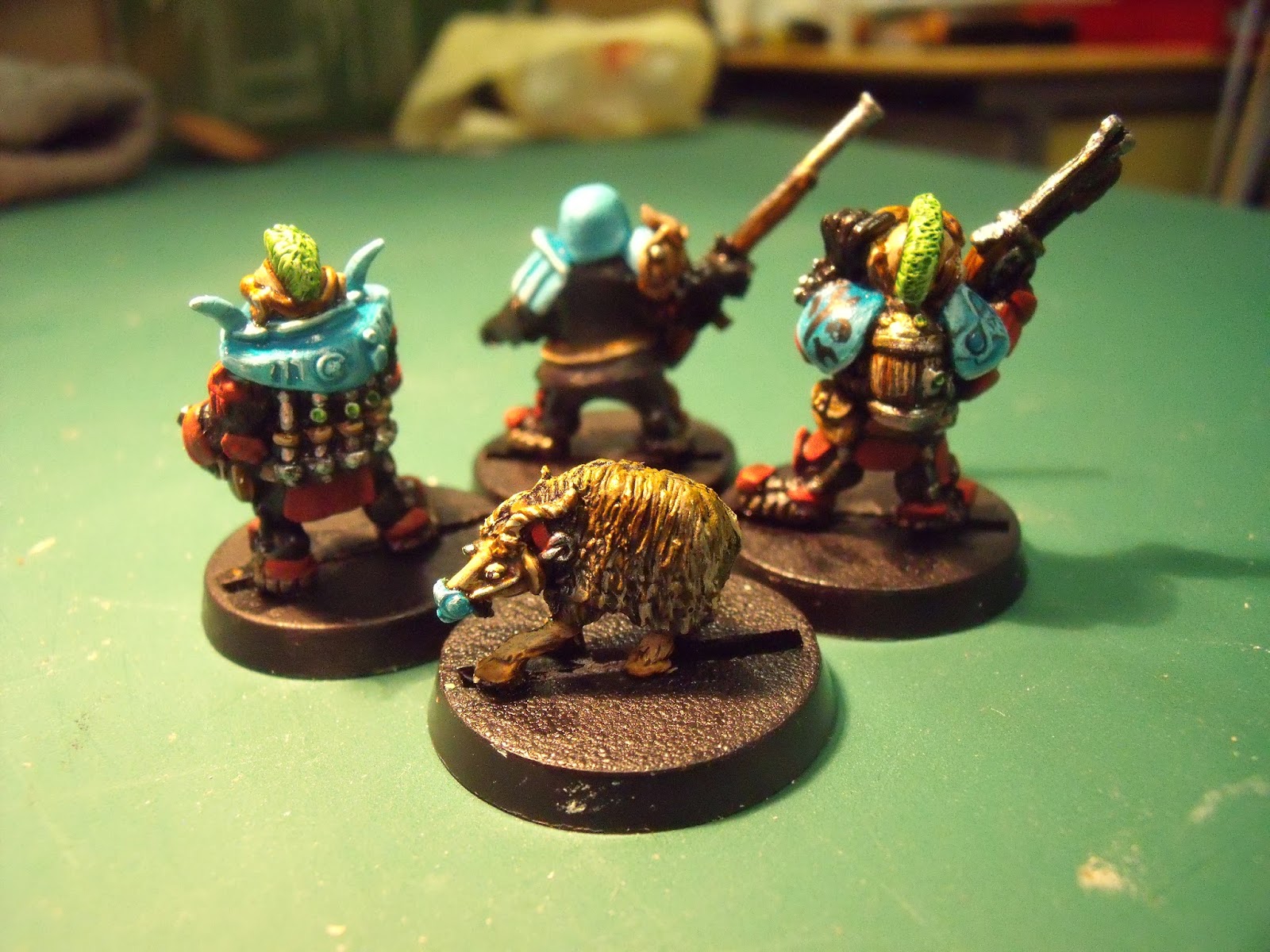 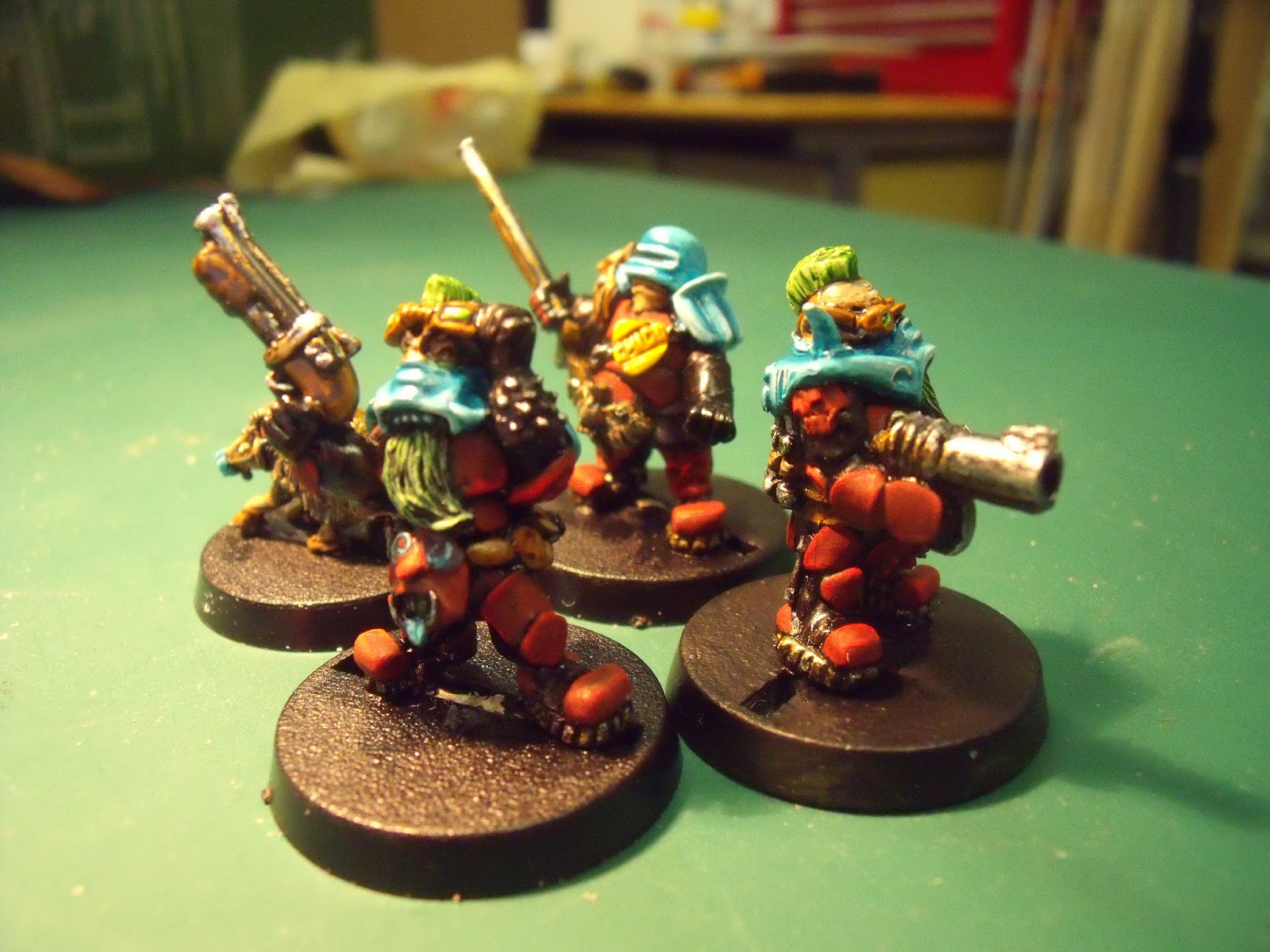 And yes, as you can see his badge really does say 'Chico', the goat's says 'Cat' too. 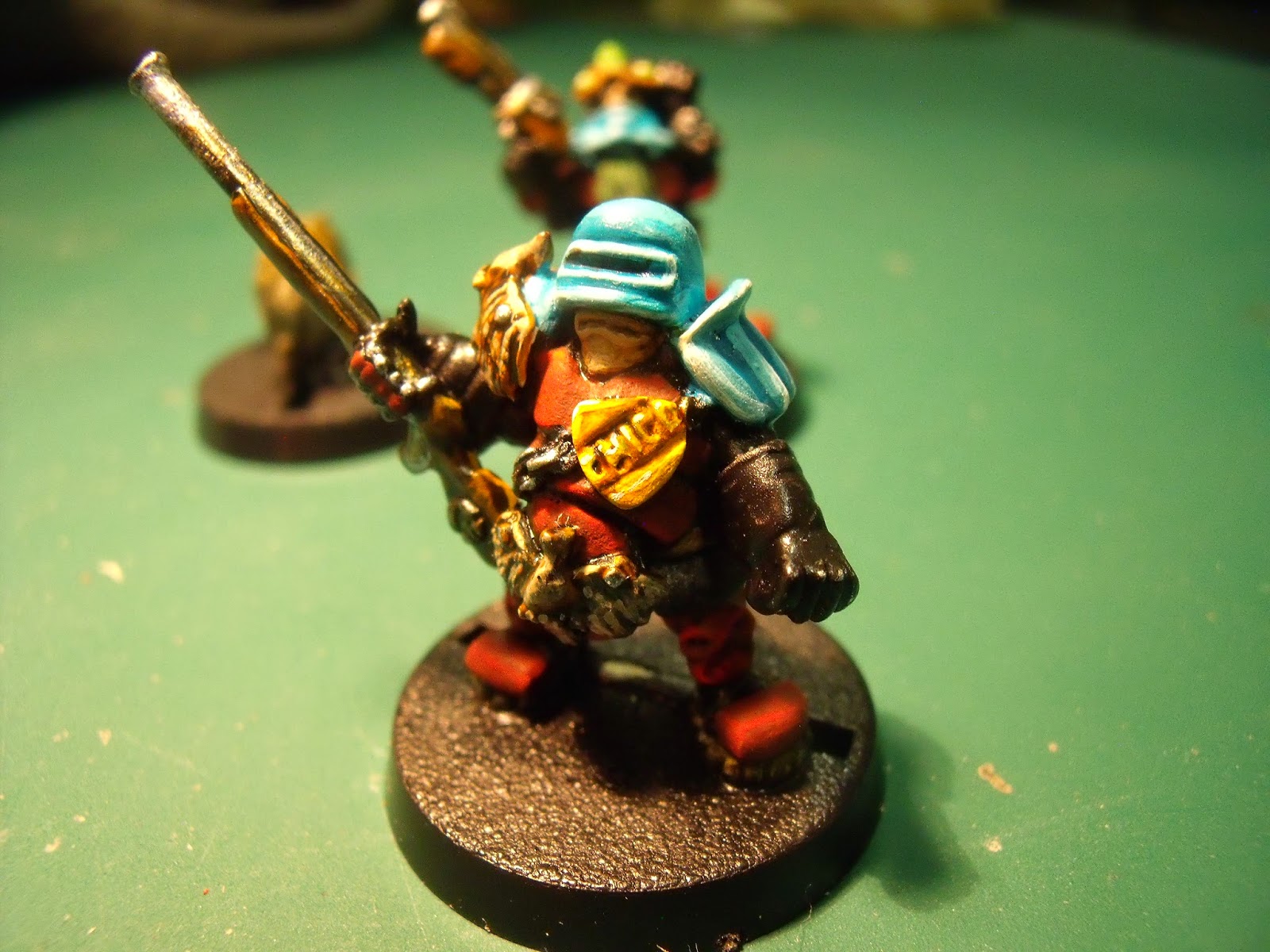 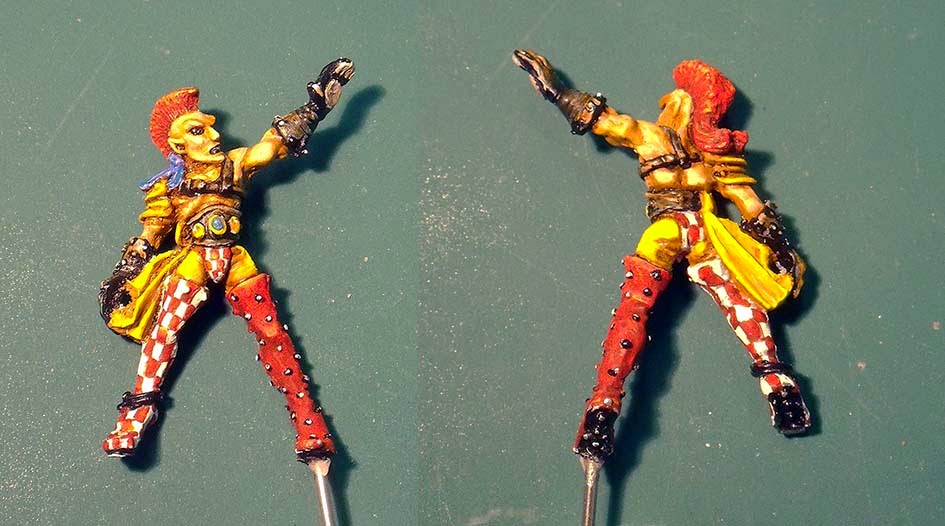 Judge Chico and the Dorfs from Hell!