So the rumours are confirmed, the Warhammer world is no more. But this is not a time for despair! No, this is a time for action...

Actually, this is a project which has been rumbling in the background since last summer when my 3rd Ed copy that I've had since I was knee high to a grasshopper fell apart at the spine. I've since picked up another, but I didn't want to get rid of that treasured possession I'd kept so long so I thought, "Why not take this opportunity to get a bookbinder to do me a nice leather binding?" So off I went to find a bookbinder. Having found one, he informed me that he could rebind it, but because the pages weren't in gathers, just glued to the spine, it was likely to be on the pricey side, very pricey. However for a less pricey sum I could have 15 hours tuition in his studio learning to bind it myself. Bargain I thought and spent January and February gaily dismantling the book and gluing them into gathers by pasting a strip of paper along the edges.

Other things (getting married, publishing games, having a new job...) put the book on hold, but in the meantime my brain got thinking. What if, with the demise of Warhammer and the advent of the Age of Sigmar, I took this opportunity to collect together every edition of Warhammer, 1st to 8th, with supplements and extra related bits (Man O War, AHQ, Warhammer Quest, Mordheim rules etc.) and bind them as a matching set of Encyclopaedia Warhammica? So I began hitting the trading forums and evilbay and many very helpful people have supplied tomes of knowledge so that I am now short of just the General's Compendium, Chronicles 2004 and Sea of Blood to complete the full set. Fortunately I have discovered that from 4th onwards the GW books are already in sewn gathers, so they should be much quicker to work with, but you're not interested in that right? You want to see this: 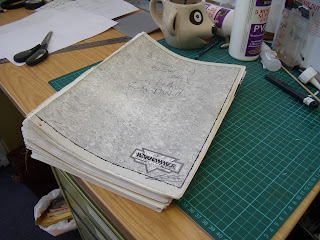 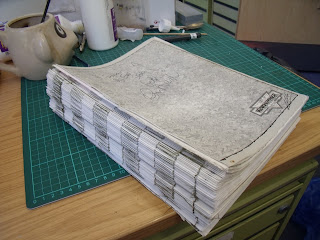 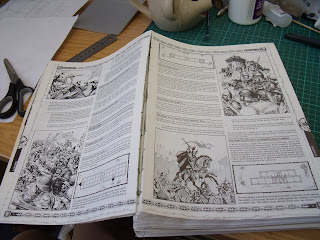 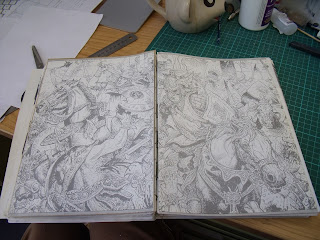 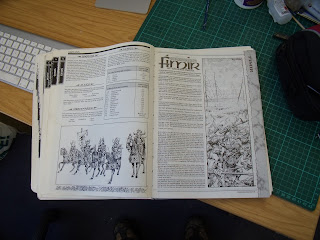 and the Norse army as well as... 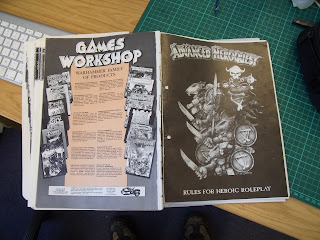 AHQ. The standalone games fit nicely into volumes 3, 4 and 5 (WHQ and MoW in 4th and Mordheim in 5th)
This is volume 3, which I'm hoping to have finished by BOYL this﻿ year in order to add Rick Priestley and Tony Ackland's signatures. I've also spent this afternoon dissecting 1st Edition, Forces of Fantasy and articles from the first two Citadel Compendiums and sewing them, so volume 1 is well on the way as well. Hopefully progress to report soon!