There's a very exciting sequel to the Wacky Races happening at BOYL this year, DEATHRACE 40,000! The cars have been lining up on the Oldhammer forum over the last months, and an exciting bunch they are too, but racers need a track and since Captain Crooks is coming from somewhat far overseas he is unable to bring much with him. Step up Erny, Colin and myself to pull together a suitable arena.

As soon as I heard about this project I was reminded of a stunning moment from my childhood, witnessing a Star Wars Pod Race for the first time! For all its faults, episode 1 contained some magical sequences that caught my young imagination and the Boonta Eve Classic was one. Given that my forthcoming roleplay system, Factious Waste (free playtest copies will be available at BOYL and Captain Crooks himself is already testing the mechanics for me- I'm hoping to recruit his vehicle rules to make it suitably Mad Max) takes place in a desert wasteland what a perfect excuse to redo my desert terrain. Here's where I am so far: 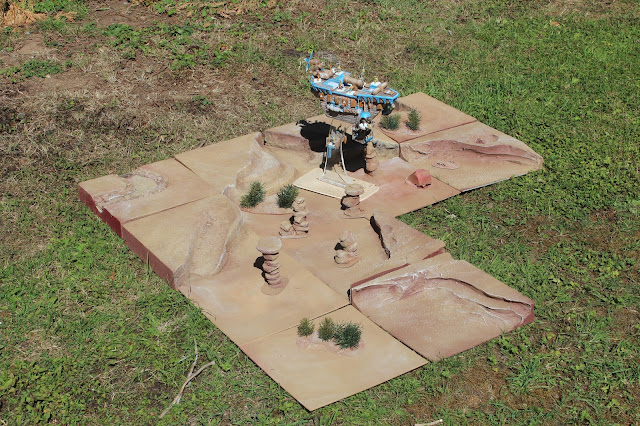 This is a 4'x4' corner piece, with Erny's section fitting into it to make it 4'x6' and Colin's expanding it even further. There are still a few bits of greenery and rocks to add and some wreckage to paint but it's mostly there.

Incidentally, that things floating over the board is not part of the Deathrace but my WIP  Goblink Airship Klindenbourg for Oldhammer Ahoy. 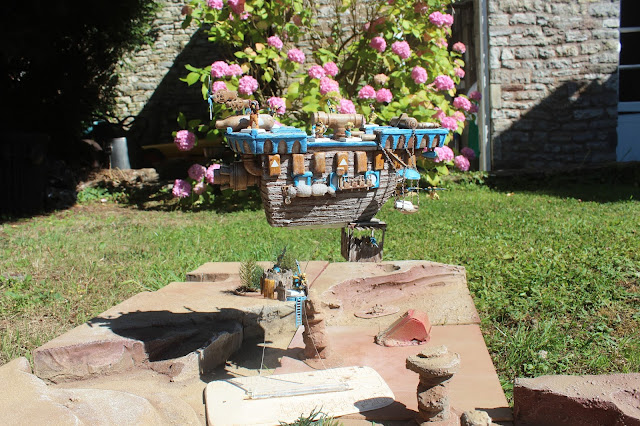 The crew of the Klindenbourg are pretty much painted, I have just the base and the balloons themselves to do now, then I'll do a post all about it.
But for now, just the desert boards of Redrock Canyon on the Eve of Boontha: 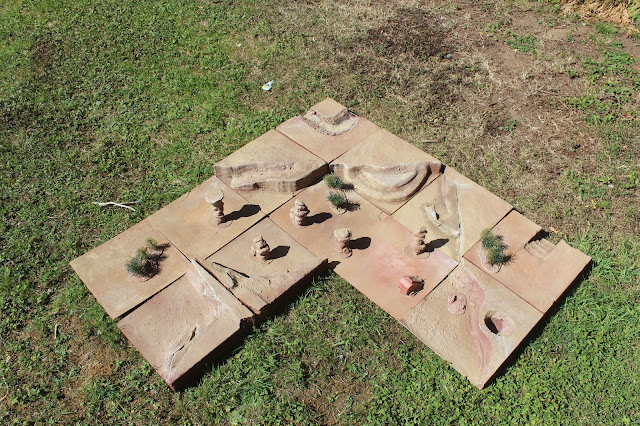