Yikes! We're pretty close now! Took my first load of models over to Harry's yesterday for a game of Oldhammer Ahoy, testing out ship special rules. With the exception of a few crew members the ships are completed so without further ado here's my fleet for the weekend: 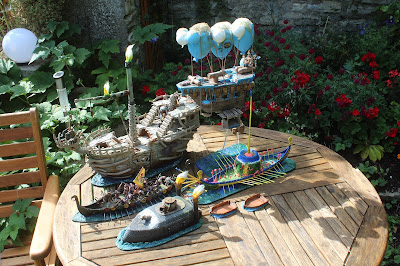 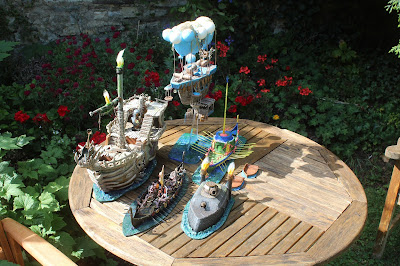 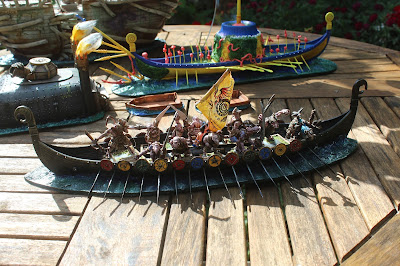 Clan Myeri take to the seas in their black longship. There's been a bit of talk about several Fimir clans converging this year so it will be interesting to see how much love there is for the cuddly cyclopean bog rapists. 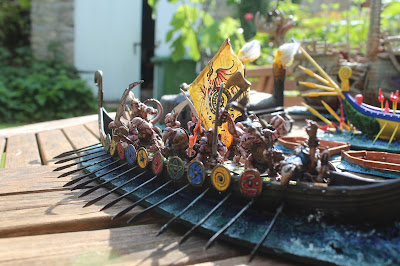 The crew are a mix of Nick Bibby and Jez Goodwin classics, Oakbound Marsh Demons, converted lizardmen and Diego's excellent Fimir warlord... complete with his favourite captives chained to the mast. 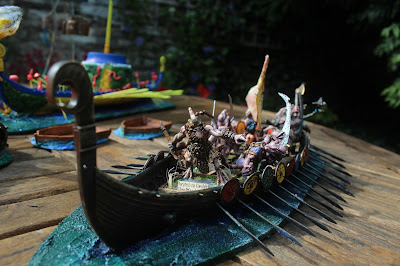 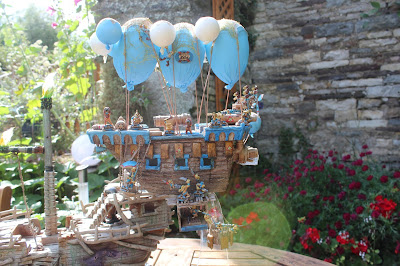 Zee Klindenbourg now has balloons and an extra free-floating Schutzen nest. Test flew this baby last night, and although no balloons got punctured the crew were massacred by hot-shot Wood Elf marksmen. There was also a long-winded but epic conflict between a Goblink and a Nipponese (or Cathayan?) Pirate, swinging wildly at each other as they dangled in the schutzen nests below the airship. Very Johnny Depp.
﻿ 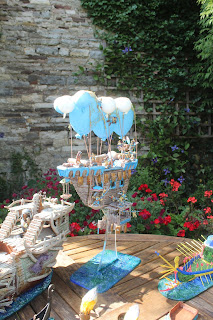 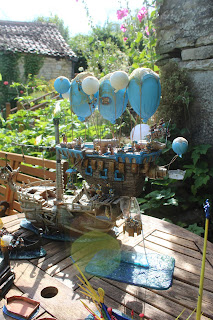 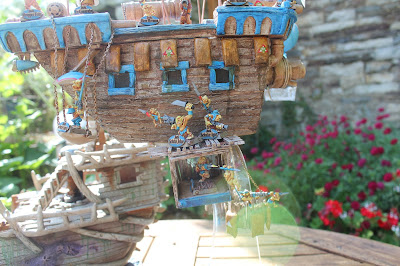 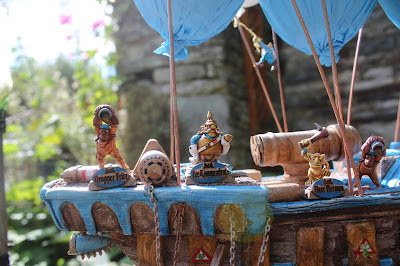 By special request, here's a close up of the Dropper with his boiler suit, gas mask, tanks of perfumed air and bucket of rank Goblink Manure. The Goblinks have hearty meals before taking to the sky and the Droppers have the un-enviable task of maintaining the airship's altitude by dumping (no pun intended) the offensive ballast. 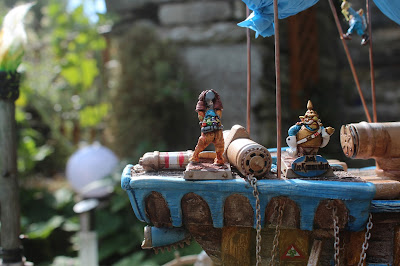 Then there are the Rotors, who provide the forward momentum... when the wind allows! 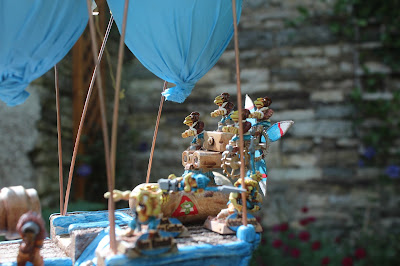 OK. That's Ahoy sorted. 4 Cyberpunks for the Electric Goats game and some surprises for Deathrace and I'm done... need to swot up on Rogue Trader rules and Forenrond's last stand too!﻿