As promised, some pictures of my homeland... that is, Darthemor and specifically the region around Maelfenn. 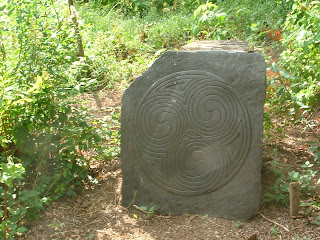 Waymarker set along the Ayefen. These stones serve as guides, principally for the Drui who must frequently make the journey from Maelfenn to Dirquith for conclaves. The symbol is three within one, symbolic of travel for the Fimm, whilst the use of spirals denotes movement along a path. 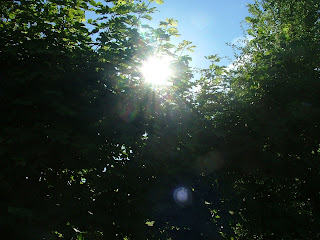 Hissk! Sunlight breaks through the tree cover. One of the reasons for the decision to settle at Maelfenn is that dense woodland conceals most of the track along the stream and the foot of the hill, allowing freedom of movement even in the hours of the pale face. 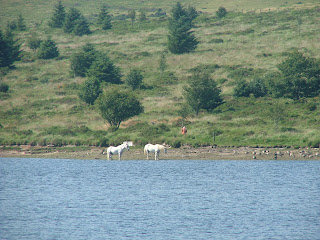 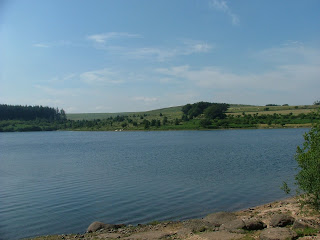 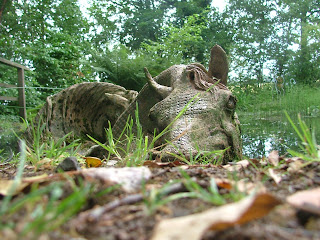 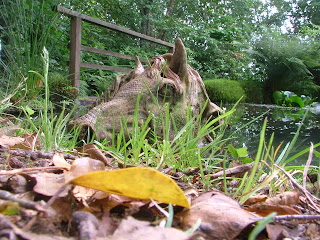 Some friends met along the Ayefen. Kelpies on the prowl. 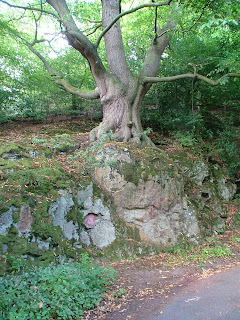 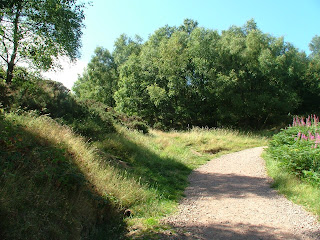 The track winding up the hillside towards the citadel. 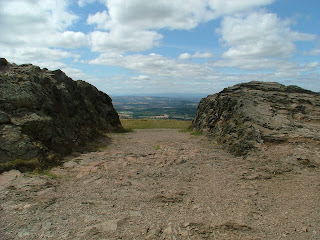 Entrance to the compound through rocky embankments. Much of the defensive structure was pre-existing, the Mistmor have built the rest, with Shearl labour, from rock dug from the quarry. 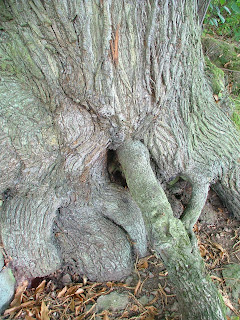 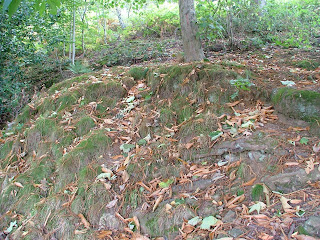 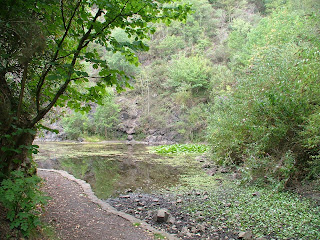 Water fills the base of the quarry during a particularly wet season. 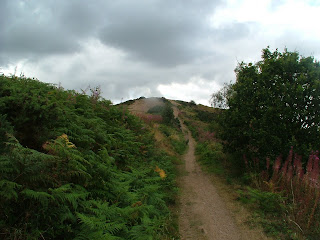 Track up from Grimm Crag to the plateau. 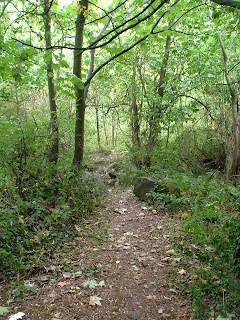 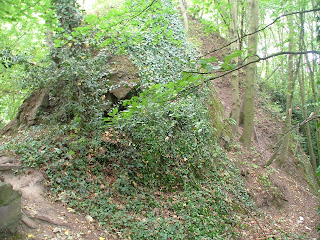 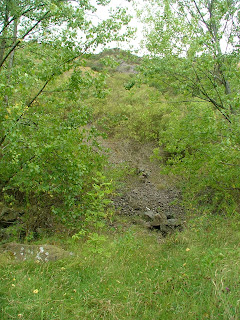 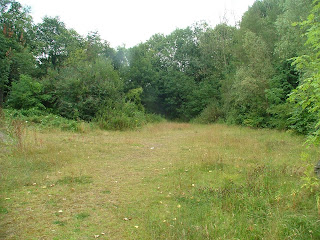 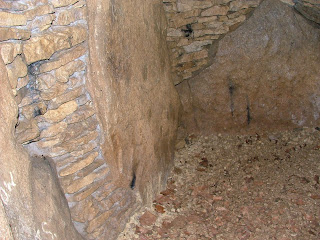 Part of the entrance to the caves on the plateau. 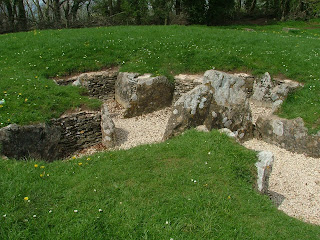 Part-constructed hut on the plateau. The finished structure will be topped by a thatch of dried marsh-grass. 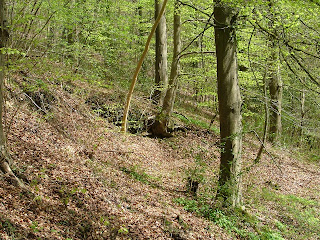 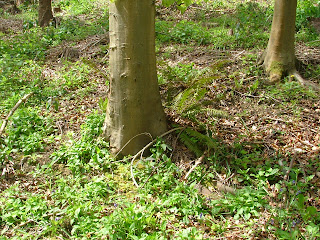 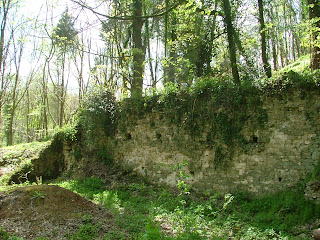 Remains of some ancient human structure at Dirquith. 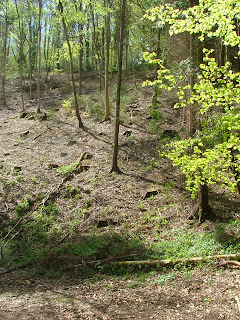 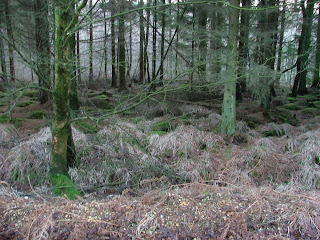