At last! I have painted all my heroquest minis, except for the Fimir of course! Bring on the gaming I say. I've tried to go for the same look as the Mike McVey models which appear on the game box and original quest book, allowing, of course, for the fact that those are slightly different models to those which appear in the box. 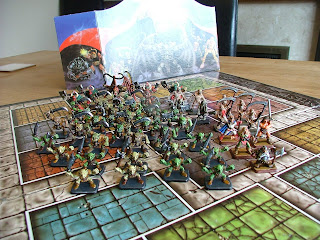 The figures from Heroquest and the Kellar's Keep expansion which was unexpectedly in the same box... bonus! 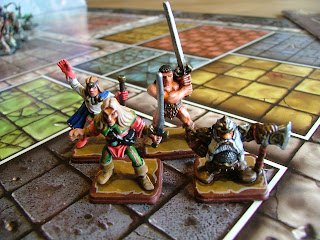 Elf, Dwarf, Wizard, Barbarian... was there ever a better combination of heroes to venture into the dark depths of the dastardly dungeon with? 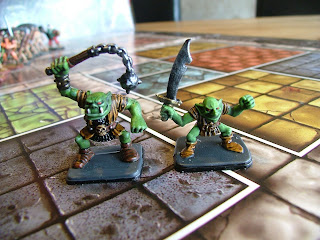 Orcs and Gobbos, I do love the greenskins (or goblinoids) from the 80s and early 90s, they had a lot more, well, charm. But more of that in a later post.... 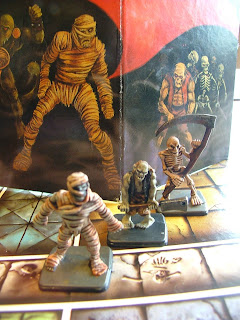 The UNDEAD! Always my favourites, used to have a large army of these guys, was a bit surprised to see there were only four skellies, two zombies and two mummies in the original game box. Must get my hands on Witch Lord again. 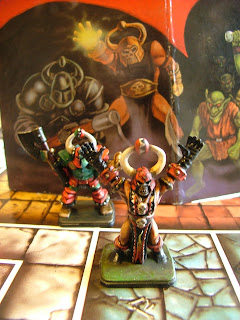 Chaos. Lots of small patterns to paint on. How MMV got the lightning flashes across the warrior's armour I have no idea. 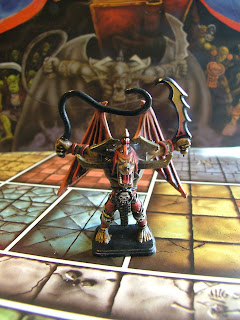 Gargoyle! Save the bloodthirsterbeastbest for last. Oh I did enjoy painting this dude, so pretty. Especially happy with the blending on the fiery sword.
Now, the question is... do I paint that 'Wizards of Morcar' set or do I float it back on the bay of e? Hmmmmm.