A look inside Secrets of Shandisholm- part 5: The Bestiary- Animals 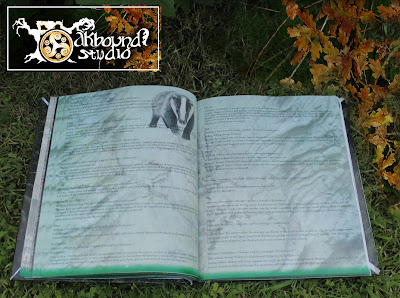 We looked at 'folk' on Monday, now we're looking at 'animals', what's the fundamental difference?
Folk are controlled by players, the players have full control over what their characters will do. Animals are controlled by characters, so the player who owns the relevant Wrangler or Packmaster figure dictates their actions. If that character goes unconscious or leaves the board (or the animals are uncontrolled for any other reason) they revert to Instinctive Behaviour which is listed under each profile.

There are quite a few animals listed here, how are they used in games?
They can be ridden by characters- all animals are potential mounts although the riding model must be able to reasonably do so. They may also be 'willing' or 'reluctant' to be ridden by certain character types which affects how easy they are to control. Animals are also useful to specific characters, for instance the Draoi can have a Raven familiar and cast Fateweaving from either their viewpoint or that of the Raven. In design the animals were grouped into three categories: Strong animals, Fast animals and Spotting animals (those with good Perception). Of course, some are mainly included for use in scenarios. Protecting a flock of sheep or trying to sneak past the lair of a bear for example.

Are they all familiar animals?
There's a section of Animals of the Mortal Realm, animals we'd be familiar with (badgers, bears, deer, foxes, crows etc.), and a section on Animals of Other Realms, stranger creatures that have been brought (or found their way) into the Mortal Realm. That includes the Eanabuis, the butcher birds of the Coral knights, Whist Hounds, Water Leapers etc. There's also a page of Sidhe Animals, these are the Faerie equivalents of the Mortal Animals, identical in every way except that most are wiser and/or capable of things Mortal Animals aren't, such as speaking.

What do badgers do?
Gotta love badgers... they don't do an awful lot to be honest, but they are strong for their size and the Pixies like to ride them. They share the badgers' sets quite often.

A look inside Secrets of Shandisholm- part 5: The Bestiary- Animals