A look inside Secrets of Shandisholm- part 8: Skills, Traits and Items

So, you promised to tell me how you become a Fateweaver...
Sure. Well, for most characters you'd have to buy a Geomancy Skill or an Augur Skill. Geomancers are artists who direct and predict the flow of Fate by drawing patterns, usually in sand or carved into rock or wood. Augurs have an inherent ability to twist Fate around them to suit their needs. Sometimes they're aware they're doing it and can learn to control it, sometimes things just happen around them.

I buy these abilities?
Yes, they're called Skills, they're one of three things you can buy once you've gained enough points to advance your characters.... 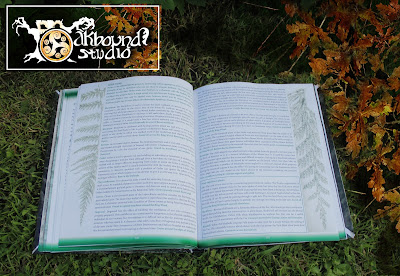 During each scenario they take part in characters will be awarded Objective Points based on what they manage to achieve. In between games these Objective Points can be spent, advancing the character's abilities. There are three things they can do with their points- Skills, Traits and Items.

Skills are bonuses and special abilities that get applied to character themselves. This includes Geomancy and Augury, also having animals under the control of the character and the Warrior Skill, which allows them to pick further Skills from the Warrior table. Traits are like negative Skills which you can apply to your opponent's characters in the same way. Some only last for the duration of one game, others are permanent.

Items are useful objects you can pick up along the way. Items are normally bought at settlements for a 'Ring cost'. To acquire Rings you simply trade in your Objective Points for the same number of Rings. This process is irreversible, you can't change Rings back to Objective Points to spend on Skills and Traits. Sometimes Items and Skills combine, for example many Warrior Skills are only of use if you have the appropriate weapon. The weapon alone might give you a slight advantage, but the weapon combined with the Skill makes your character very formidable. Unfortunately for this reason Warrior Skills are pretty expensive.

The cost of Skills and Items doesn't just reflect how 'good' they are in the game but also how rare an Item is or how hard a Skill is to learn. A sword, for example, gives different but equivalent bonuses to an axe. However, a sword is a lot more expensive because axes (being domestic items used for cutting firewood etc.) are a lot easier to come by and less difficult to forge.

There are a lot of Herbs in the book as well
Yup, a whole section on herbs, where they can be found and what they do. Having a Herbalist in your party is a smart move as they are the ones who can identify different plants and prepare the various potions and poultices which make the herbs effective.

A look inside Secrets of Shandisholm- part 8: Skills, Traits and Items