A look inside Secrets of Shandisholm- part 9: Storytelling

We're over halfway through Secrets of Shandisholm now, and with only a week left to get those pre-orders in and save 33% off the retail price! So let's crack on with today's pages, the Storyteller's guide... 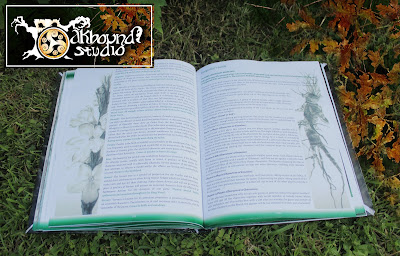 What does a game of The Woods actually look like then?
A good question. Very variable is the answer. It depends what kind if game you want to play and what suits the situation and number of players. Sometimes it plays like a game of Mordheim or Malifaux, two warbands fighting it out across the table with a player controlling each. Other times it's more like D&D, with players controlling a character each against a GM who runs the NPCs. Between those two extremes there are lots of possibilities, the Storyteller's guide begins by suggesting some different setups. We'll look at particular scenarios next Wednesday, but they'll generally involve retrieving something, getting somewhere, attacking something or protecting something. Fairly standard tabletop situations, but going straight in for the kill isn't usually the best way of achieving the goal.

Is the Storyteller's guide like the GM section?
Pretty much, although you don't need to have a GM to play. The guide discusses the benefits of a GM and the aspects they can bring to the game. It then describes some ways of making game environments more in-depth which can be applied whether or not you have a GM. This includes things like varying the difficulty of Actions, playing very small games or much larger games, secret agendas, creating narrative campaigns, seeing Skills as more than adjustments to the rules, building characters from the folk listed in the bestiary and taking games out of the Mortal Realm and into other weird and wonderful realms. There's a bit on game balance for people who worry about that kind of thing and the all-important Rule of Cool. 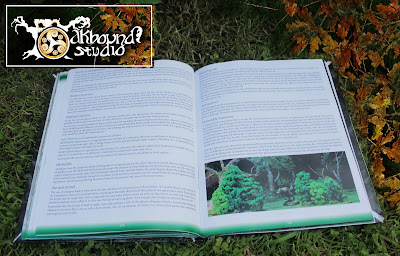 Doesn't that mean players can do what they like?
It's an attitude thing, which is central to SystemMech and The Woods. If you're interested in competitive play, tournament-type stuff concerned with the perfect force and intricate tactics then you CAN play SystemMech that way... but to get the most out of the story-lead elements you really need to be playing with people who are working together to create the world. That doesn't mean there's no competition, but it means that winning and losing become relative terms since the narrative is the goal. If there's difference of opinion which needs solving there are two guidelines- the GM is always right, and if you don't have GM toss a coin to decide.

I look forward to seeing the scenarios next week, what else have we still got to cover?
There's a decent chunk of modelling and painting articles, including an excellent Tiarna painting tutorial with Mr Saturday (Dave Stafford) whose blog inspired me to start this one in the first place. Then there are the scenarios, then there's a complete adventure "Reek of the Fens" which combines them together in a narrative campaign. That's Monday, Wednesday and Friday next week sorted.

A look inside Secrets of Shandisholm- part 9: Storytelling