A look inside Secrets of Shandisholm- part 2: The Fae

Today's visit to the world of The Woods takes us to see the Fae, and really THEY STARTED IT! 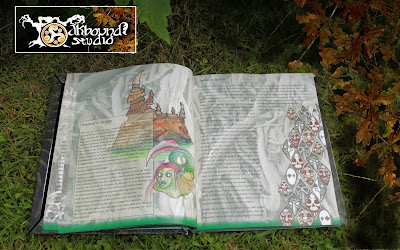 Fairies are these little people with wings that grant wishes, right?
Not really no. If you asked some of the Tuatha that question they'd probably say yes, but he Tuatha don't really remember what the Fae were like. They think of all the folk from other realms which live around them as faeries but the Fae are quite different.

And the Fae brought the other folk into the Mortal Realm?
As servants, labourers beasts of burden and creatures to be hunted, yes. Only the Myeri and the Nuckelavee aren't Fae imports.

What are the Fae like then?
Tall, athletic, beautiful, graceful, delicate and incredibly cruel. One of the things I love most about folklore is that it tends to turn expectations on their head, beautiful characters are often evil- there's a lot of moral ambiguity. We went for the same idea with The Woods, fair is foul and foul is fair etc. The Fae are haughty, proud, decadent and conniving. They are organised into Rades, a powerful noble and their sycophantic followers. They come from a realm called Annwyn which is ruled over by the courts of the king and queen. These sovereigns have ruled for as long as any of the immortal Fae can remember and have been at war with each other for just as long. Their battles are fought with intrigue and manipulation, playing the Rades off one another to gain leverage over their opponent. Scheming and plotting the downfall of another is the Fae's chief pastime. 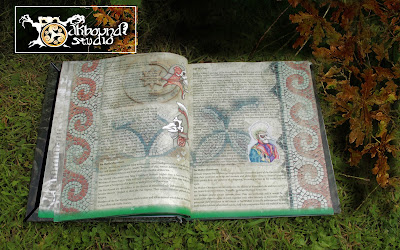 They sound nice. How do they get on with the Tuatha?
They got on with them very well. The Fae are a sterile people and when they discovered the Tuatha they saw something in the mortals which reminded them of themselves and decided to adopt them as children rather than press them into servitude. The Tuatha were give privileged position in the Fae cities, but the Fae had misjudged their character. As the Tuatha grew more like the Fae in cunning and manipulation their capacity for violence also increased. The Fae are a bit squeamish about actual violence, they like to see it but not to participate. The Tuatha had no such trouble with it and seemed to enjoy inflicting physical pain in person. The Fae became anxious about the Tuatha's capacity to rise up against them and so they fled the Mortal Realm, leaving their servants behind and a handful of Fae to watch over the mortals and see that they didn't grow strong enough to threaten the Fae realm.

There are rules for creating Fae characters in the book, what's distinctive about them?
The Fae are very different to Tuatha. They are limited in some capacities, most of them aren't physical strong for example, and their dislike of proximity to violence means they don't do well in a fight. However they have some unique special abilities to make up for their shortcomings. They are all Augurs (that is, they can Fateweave through natural ability) and they have the ability to 'dance' in and out of the Void which surrounds the Mortal Realm which means they can appear and disappear all over the board.

Very irritating I'd imagine.
They can certainly be a nuisance if you don't know how to deal with them.

Where to next?
We're heading down to the swamps of Mael Fen to see the Myeri. As always, any questions just leave a comment and I'll pick them up next time.

A look inside Secrets of Shandisholm- part 2: The Fae

Email ThisBlogThis!Share to TwitterShare to FacebookShare to Pinterest
Labels: Fae, Oakbound, Secrets of Shandisholm, The Woods