Concluding this week's look at the main races in Secrets of Shandisholm, here's glimpse of the Myeri: 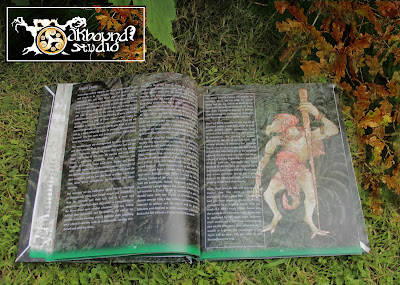 I'm thinking the Myeri will be where a lot of people's interest in this world lie?
I'm certainly excited about them. They're a blend of some things which have been massive influences on me- the Heroquest Fimir, The Dark Crystal, the art of Alan Lee, Irish folklore, Polynesian carving, Inca social structures, walking in the Dartmoor countryside. It's fair to say I poured a lot of my favourite things into them!
You already hinted that these guys aren't all that terrible.
They're morally ambiguous, as are most of the creatures in The Woods. They are demonised because of their looks and the Fae made them out to be terrible monsters. Rumours of sacrifice to dark powers keep the Tuatha well away from their marshland homes. They're certainly cautious of others and don't like visitors, they've suffered great persecution and don't find it easy to trust others. Make no mistake, if they do decide to fight they are deadly warriors.
Where do they come from? I take it they aren't part of the Fae's entourage if they hate the Myeri so much.
Not at all. The Myeri's origin is shrouded in mystery, but their own myths say they were created by a god called Dagda and were intended to be a perfect society, which is why they have a caste system based on physical traits. For some reason Dagda then rejected them and cast them from their home realm, leaving them wandering through the Void until they happened upon the Mortal Realm, emerging out of the sea. They were sustained on their travels by a piece of coral from their homeland which resisted the crushing horrors of the Void and guided them to the new land. Unfortunately the power of the coral drew the attention of the Fae, which sealed the doom of the Myeri and caused them to be scattered into the fens.
﻿ 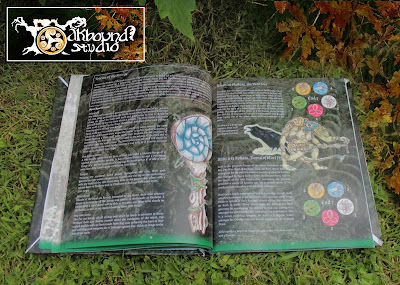 How is their caste system reflected in the rules then?
Myeri belong to four types. The Oibrithe (workers), Losbastun (warriors), Draoi (mystics) and Tiarna (leaders). No type is considered above the others, they all have responsibilities to the clan and are just seen as different roles. A Myeri character's statistics are set depending on their caste. For example, Oibrithe are 'standard' like Tuatha but will all have an additional skill which represents the work they undertake. Losbastun are faster and are trained to fight in one of three styles, each of which gives them a different advantage. Draoi are Geomancers and Tiarna either come from Oibrithe or Losbastun stock and have skills appropriate to their background. Then there are the Coral Knights, tasked with questing to other realms to retrieve the lost coral, the Meirge who patrol the borders of the Myeri's land and the Scealai- wandering poets who carry news between the clans.

There are already quite a few Myeri miniatures available from Oakbound, will we be seeing more?
I'm just finishing the sculpts for the Myeri Clan Box right now, so yes. There will be 9 more sculpts available in August, watch this space for details! The box will have 5 Losbastun and 4 Oibrithe models, with parts to make up a Tiarna, Meirge, Scealai and Draoi instead of the 'stock' figures.

More creatures next week?
Yup, next week we'll fly through the Bestiary. There are over 50 different creatures in it so it will have to be fleeting!